It’s no secret that modern technology is not meant to last the test of time. Apple and Samsung have both been fined for deliberately slowing down their devices after two years and everyone knows that whatever electronic device you bought five years ago won’t be able to compete with what’s available right now. So, with such a high-speed conveyor belt of technology flowing through our culture – what happens to the devices that we will inevitably throw away? 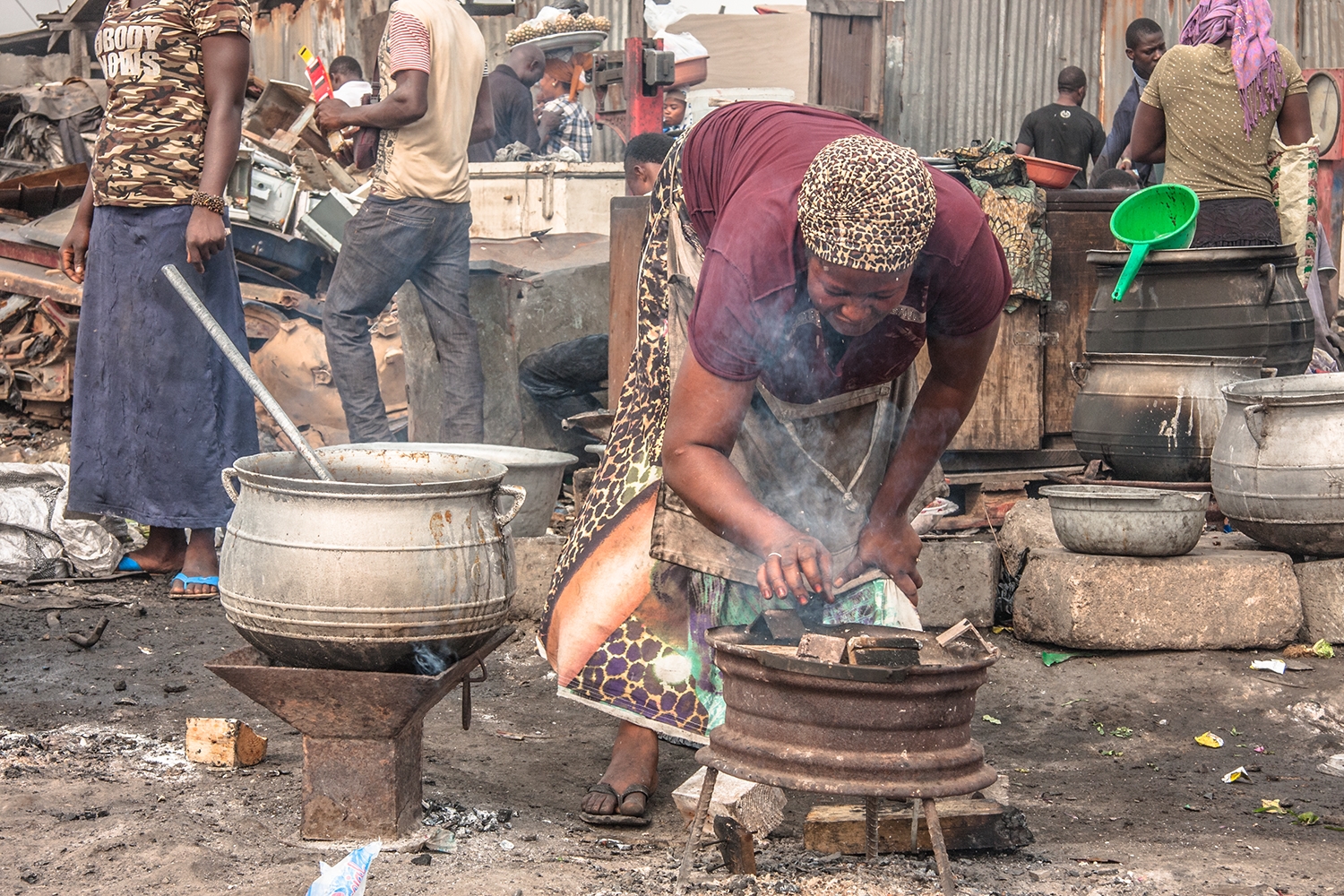 Agbogbloshie is a place previously referred to as the ‘digital dumping ground of the world’ – the place the phone or device you’re reading this off of will probably end up one day. Located in Accra, Ghana – Agbogbloshie sees 250,000 tonnes of computers, smartphones, and electronic devices illegally dumped on its lands every year from all over the world. Nicknamed as ‘Sodom’ by its 6000 habitants living and working there, Agbogbloshie is a wasteland of forgotten electronic scrap and poverty – all floating on top of a marshland that could cave at any moment. Directed by Christian Krönes and Florian Weigensamer, Welcome to Sodom is a lyrical, weary and intimate look at the effects of throwaway culture and those who try to make a living off of electronics long forgotten by the rest of the world.

Composed of poetic monologues and personal confessions, Welcome to Sodom takes a hands-off directorial approach and allows the individuals of Sodom to speak for themselves. Observing everything the individuals do but never offering commentary or interjection allows for Welcome to Sodom to feel organic and insightful as it explores the complex and emotional maze of relationships that residents have with Agbogbloshie. 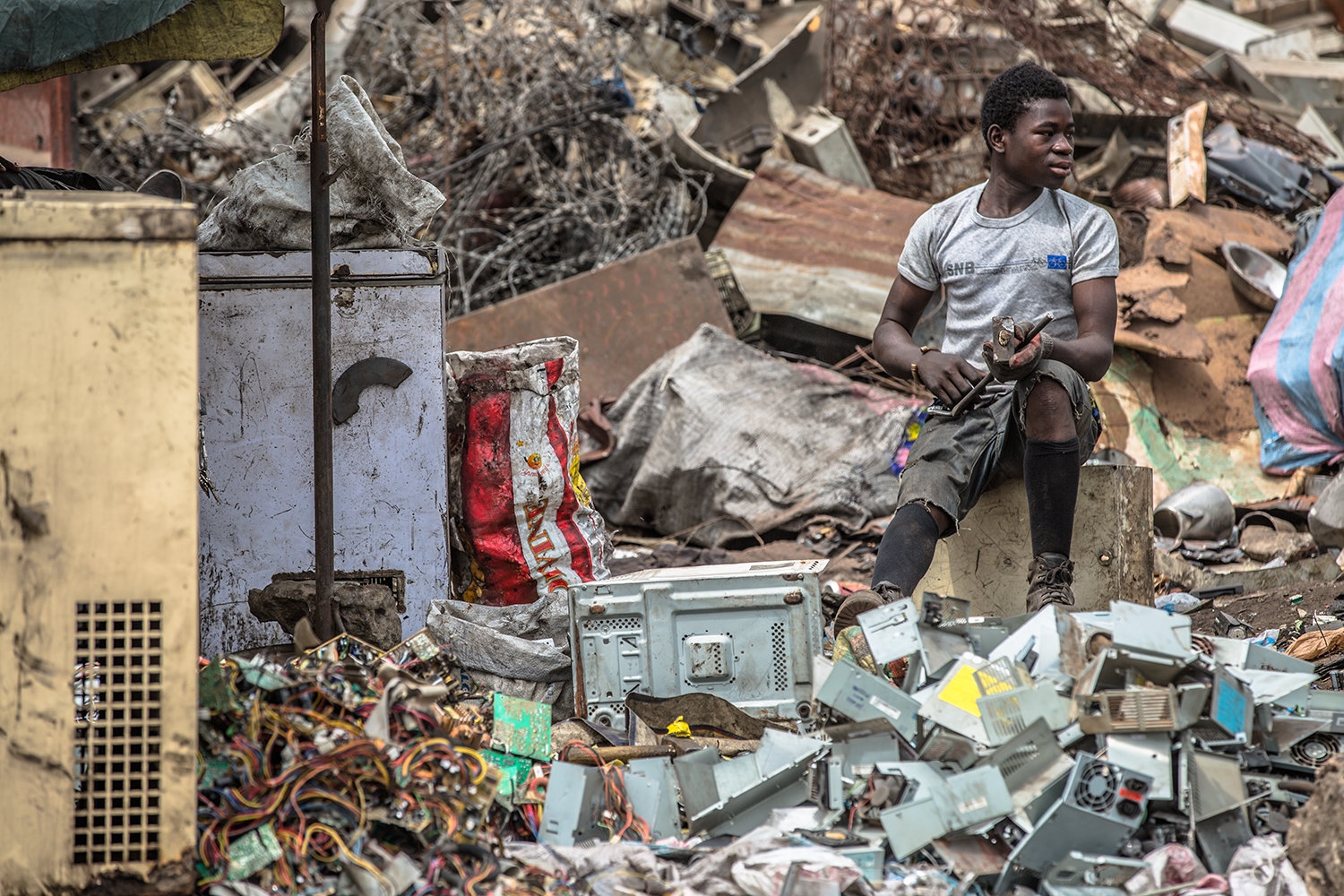 From the outside, Agbogbloshie is a smoke-filled, burning junkyard of waste and decay. However, to some Sodom dwellers it’s a sign of hope and opportunity. Businessman Americo (who was named after America by his mother in the hopes of encouraging wealth and financial opportunity) makes a living off of buying old computers, fixing them up, and re-selling them. Every day, he wakes up and drags his cart through the charcoal landscape and barters with other merchants in return for their junk. He’s ambitious and has big dreams for his business, one day hoping to make it to Europe – a place he thinks of as the motherland of capitalist venture. Yet with all this hope and optimism, it’s near impossible to argue that hard work in Sodom equates to prosperity – no matter how hard Americo works, he still only earns enough to scrape by.

One man describes Sodom as ‘No man’s land’ – a place of constant movement where no questions are asked. As a gay man in Ghana, Sodom is one of the few places he can hide from persecution. Yet, he is not the only individual in this position. Welcome to Sodom not only takes a look at why people reside in Sodom but why they have no other choice. Another unnamed man wanders Sodom as an avid book enthusiast – scouring the land for discarded literature. It’s a small sense of joy he gets as a gay, Jewish man living on the run. This nomad lifestyle is not one of freedom or joy in escaping imprisonment- as he puts it, ‘Fleeing all the time is a form of harassment on its own’. 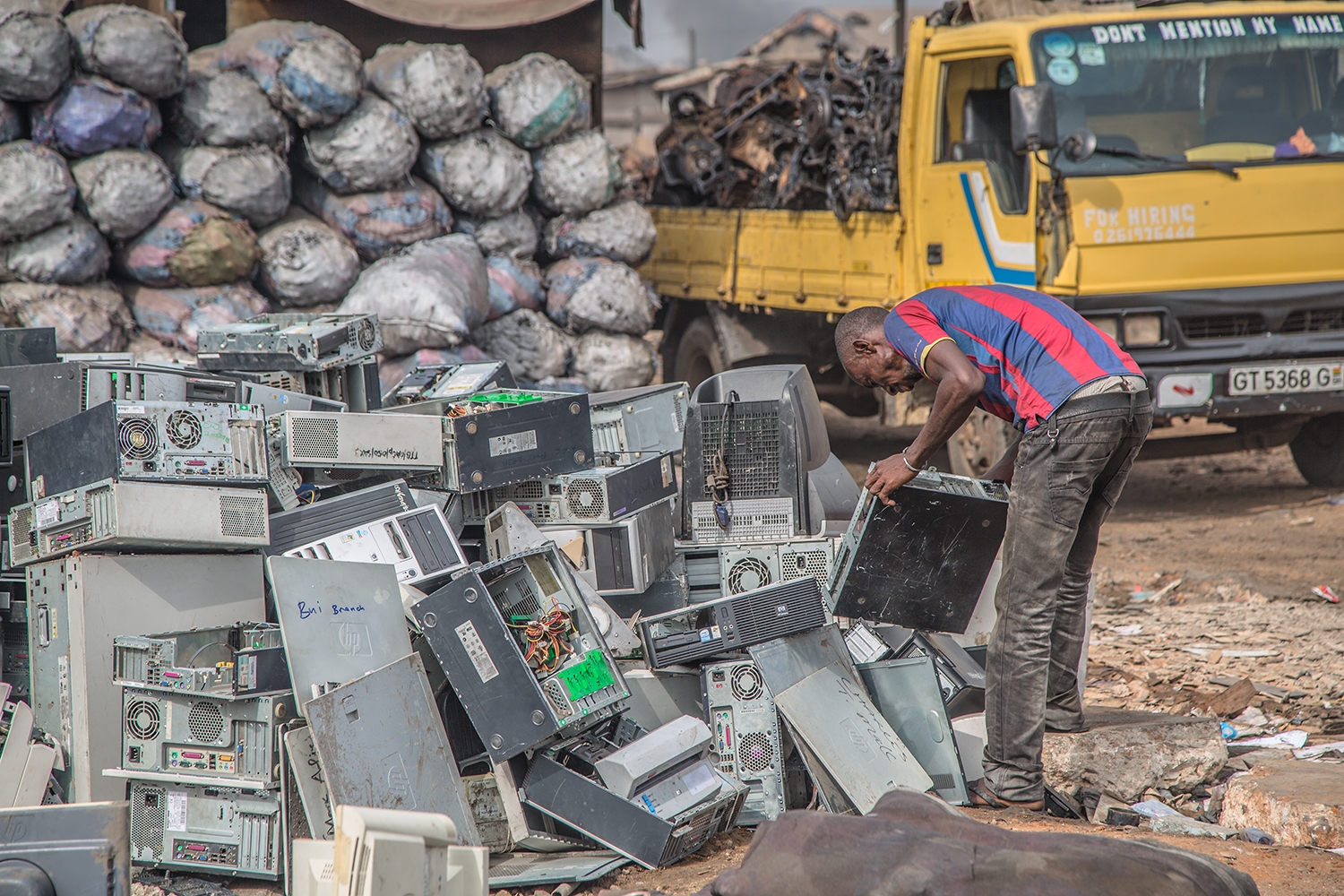 Much like the electronics the Sodom dwellers collect, residence in Sodom is not sustainable or meant to last long. The constant burning of metals and chemicals isn’t good for the human body and its slowly-sinking, litter-strewn landscape is unforgiving to those growing old. One 44-year-old woman makes a living by selling bags of water around Sodom (a common job for women living in the area). She notes how she is amongst the older population of Sodom and how her way of living is one that is having a detrimental impact on her health. However, it’s a life she must live to keep her son in school and out of Sodom.

Sprinkled with psalm readings, biblical quotes, and a title that refers back to a tale of godly destruction, Welcome to Sodom is a spiritual, powerful and perceptive examination of humankind’s treatment of earth and those most affected by global pollution and reckless capitalism. Shedding a light on the impacts of careless waste disposal and unsustainable production, Welcome to Sodom examines our ‘out of sight, out of mind’ attitudes towards consumerism and the disastrous effects this has globally.