“We Did Not See Her as an Icon or the Greatest Actress, to Us She Was Our Mum – In Conversation with Sean Hepburn Ferrer, Audrey Hepburn’s Son

Filmgoers know almost everything about the Hollywood icon Audrey Hepburn, but not many are familiar with the actress’ childhood and youth, and the impact it had on shaping her character as well as her adult life – growing up in occupied Netherlands during the World War II, her parents’ divorce, and moving countries while she was young… Before Sean Hepburn Ferrer tells the story of his mother in the interview we have conducted, let’s shed some light on who Audrey Hepburn was before she stole everyone’s hearts.

Audrey Hepburn was a delicate and elegant woman, and that’s how she’s been seen on the big screen in Roman Holiday, Sabrina and Breakfast at Tiffany’s. Despite her great magnetism and charisma which put her in the ranks of Hollywood’s most famous stars, Audrey always dreamed of a warm home and children. Known for her slim figure, she wasn’t afraid to absorb tons of pasta; in addition, she also had a great passion for cooking. She found her ultimate happiness when she became a mother to Sean and Luca. Audrey found her asylum in the small village of Tolochenaz-sur-Morges in Switzerland. “That’s all I want,” she said, looking at the residence. She called it La Paisible – a place of peace. Surrounded by children, her beloved terriers, and the garden, she lived as she wanted – privately and at her own pace. In 1988, when she was appointed as a goodwill ambassador on behalf of UNICEF, her life was fulfilled. After the most difficult emotional journey to Somalia, Audrey was diagnosed with cancer and, sadly, she died three months later, but happy, calm, and accomplished.

A few months ago, we had a great privilege to speak to Audrey’s first son, Sean Hepburn Ferrer, who created an extraordinary exhibition – Intimate Audrey – in Amsterdam to celebrate what would have been the 90th birthday of his mother. We discussed his mother’s persona in great detail, Sean’s childhood and the significance of the exhibition itself. 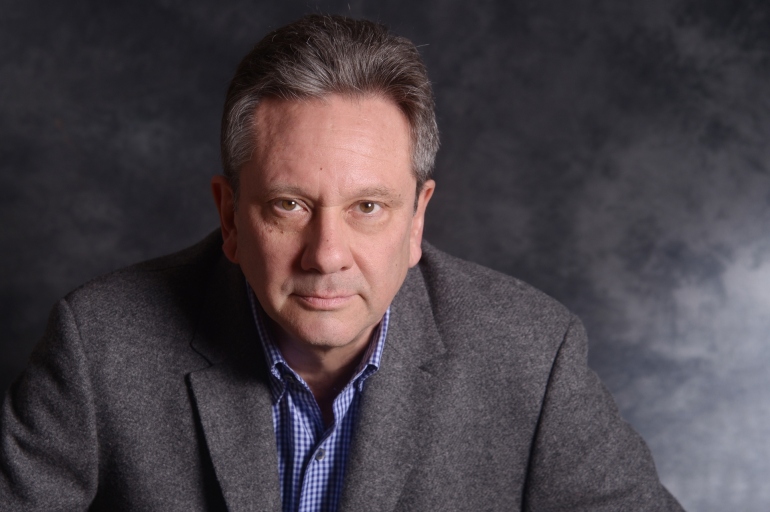 American director Billy Wilder once said: ‘God kissed Audrey Hepburn on the cheek, and there she was’. Your mother became a true star; people saw her and still see her as an icon, not only as one of the best actresses of the 20th century, but also as a fashion icon, and a great humanitarian. Would you agree with that statement?

The greatest gift she gave us, and me, is that she gave up all that you have just described in your question, to be a full-time mum. We had a normal home with a regular mum, that whenever you woke up in the morning, she made you breakfast, always picked you up from school, bought all the necessary school supplies, etc.

We were truly a normal family that stayed away from Hollywood’s ‘glamour’. My mother gave up her acting job at the pick for over 10 years, after that, she did a few films towards the later part of her career. We did not see her as an icon or the greatest actress, to us she was our mum. We only noticed the impact she had on others after she was gone: the impact on cinema, on fashion, and on charity work, with the last one mostly visible by the end of her life.

A few months ago, you created the Intimate Audrey exhibition to celebrate what would have been the 90th birthday of Audrey Hepburn. The exhibition displayed around 800, mostly unseen, photographs of your mother and your family, including your grandparents. What prompted you to create the exhibition?

For the past 25 years, we have organized many exhibitions on my mother, including Timeless Audrey which travelled all over the world, including Japan. I was in Berlin at Hauptbahnhof, the city’s main train station, and I remember that the management gave us permission to use an underground space there to hold an exhibition for about four months, which was incredible. And that was the time that I thought about organizing a different exhibition. You know, my mother has grown beyond things, beyond objects and I said to myself ‘it is time to do something about it’ and that’s why, at the end of 2017, we had a big auction of her textiles and other things, which otherwise would spend the next 10 years locked in storage. So, rather than have them rot somewhere in the desert in California, we decided to auction them and kept things that were really meaningful. And that’s what you could see at the exhibition [back in January].

The philosophy of the exhibition was that when you walk through, you find yourself at the end of it and say to yourself ‘oh my, she’s an icon, an icon of inner and outer elegance’. Also, she was a great humanitarian, as you mentioned earlier, but what that means in the exhibition is probably – why she is beloved by so many to date and this is just a theory – because we perceive her as ‘one of us rather than one of them’. This was more than just an exhibition, it was a ‘living biography’. Intimate Audrey not only showed her as an actress, but also as a human, an ordinary yet extraordinary woman.

How long did it take you to collect your mother’s memorabilia, clothing and some of her handwritten letters? With everything that happened in her life, including surviving the Second World War, many would think that everything was lost forever. How much were you able to retrieve from your family archive?

Everything that was at the exhibition and that you saw is mine. I wasn’t able to get rid of anything, my mother very carefully kept her photographs, letters, speeches and other things close to her heart. Over the years, when I curated other exhibitions, I started editing film clips, making beautiful pieces with each one having a theme. And this is a process of 25 years of curating, everything that was part of the exhibition is mine. [laughs] Hold on, there was one thing at the exhibition that isn’t mine, Vespa car belongs to my architect, Giovanni. It’s not the same car that was used in Roman Holiday, but it’s close enough [laughs].

The exhibition was split into a few sections, with each representing certain parts of your mother’s life, from her childhood, her acting career, her wedding, her family life, and her humanitarian work. Why did you decide to expose so much of your mother’s personal life?

Yes, it was important to do. When you walked around and you first entered the exhibition you could see all the ancestors, the generations that came before her. You asked why I decided to expose so much of my mum’s personal life, well, if I was going to bring her back to her roots, it was vital to show her early life as a little girl, her journey of who she became. Her life when she left Brussel in the late 1930s and then the Netherlands in the late 40s.

Everybody knows the pictures from Breakfast at Tiffany’s or other films, but what people wanted or would like to know is ‘was she really like the characters from her films?’ I have been asked this question for over a million times in the space of 25 years. But then, another question popped out: ‘what was she really like?’ So, everything that people saw at the exhibition, the photos of the family, photos from her childhood, etc. answered that question once and for all. People could finally see who she really was throughout her life by looking at all the photos and memorabilia.

Looking at your own childhood and time spent with your mother, what were the most important/memorable moments of your life?

[laughs] I don’t know if I can answer that question. I don’t think life is made from the most important moments. Actually, the texture of my life and what I remember as a child were the little things. I think the most important moment was when I released a little book, about 30 pages or so, that I wrote, and that would have made a decent magazine article for Harper Bazaar or Vanity Fair [laughs], which later turned into a book that sold over a million copies and was translated into over 20 languages. The book is called Audrey Hepburn: An Elegant Spirit. But regarding my childhood, yes, there were moments that I truly remember. There were days when I dosed on her bed, she woke up in the middle of the night and we talked in the dark about this and that… those little things are memorable.

You mentioned, you wrote a biography of your mother, Audrey Hepburn: An Elegant Spirit, in 2003. As you worked in the film industry yourself, have you ever thought of adapting the book for the big screen?

So, do you want to keep it as a book only?

Going back to the Intimate Audrey exhibition, what were the strongest points of the exhibition’s display? And what do you think the visitors ‘took away’ after seeing the exhibition?

What I have described to you earlier about this realisation that she was ‘one of us rather than one of them’ is what people might have taken away from this exhibition which is the wonderful confirmation of something that they felt instinctively, that she was one of us. The visitors also got to look at Audrey Hepburn without the Hollywood glamour, through this exhibition, she was finally brought to the level of one on one. They got to hear her and learn about her 26 years after her death. I think that’s incredible.

As the Intimate Audrey ran until January 31st this year, what are the plans for the exhibition afterwards? 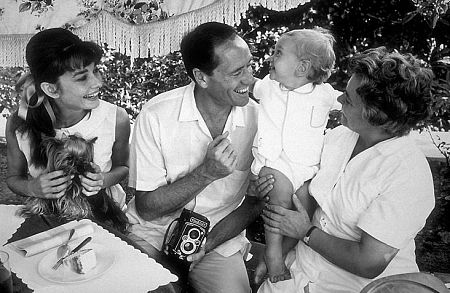 Art, Film, In Conversation with