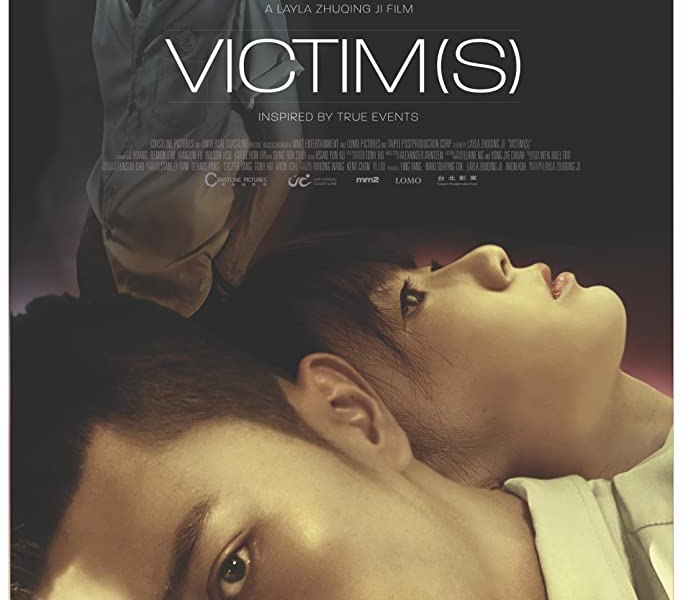 Audiovisual texts, mainly film, are a desirable tool in the axiological education of many people. Thanks to the projection-identification mechanism, we can often relate to a film character and experience various emotional states with them, self-reflect and, like pedagogues, improve our quality of life by analysing our own emotions. There is one particular subject that has been explored by filmmakers for the past decade, and that is bullying. Unfortunately, whether it’s verbal, peer, familial or cyberbullying, the aforementioned subject is often hidden by those affected and those who ‘inflict’ the pain.

Layla Ji, with her beautiful piece of writing, gave another perspective of bullying in her feature debut, Victim(s). A young student, Gang Zi (Kahoe Hon), is stabbed to death while two of his friends are left injured. Chen (Xianjun Fu), a rich student, quickly becomes a suspect and gets arrested after admitting to the killing of his classmate. With various testimonials from students about the young mens’ correlations, there seems to be one side to the story: Chen was the abuser. The situation also isn’t helped by the fact that a new female student, Qianmo (Wilson Hsu), becomes an interest of both young men before Gang Zi dies.

The battle for the truth begins; while Chen’s mother (Huang Lu) claims that there must have been a reason why her son committed the crime, Gang Zi’s mother (Remon Lim) tries her best for the perpetrator to go to jail. In the end, Chen goes to prison where he is isolated and faces hate mail from everyone around him, which later leads him to attempt suicide. One day, however, one of Gang Zi’s parents finds a USB stick with disturbing content that shows the true events that both students experienced while on the high school’s grounds, and what happens next is a distressing and overwhelming story of those who must deal with the aftermath of bullying and its consequences.

Layla Ji shows maturity and, without taking sides, she cleverly draws a portrait of those involved. She also focuses on the fact that abusers and the abused ‘incubate’ in different parts of society and “what we see may be the facts, but not necessarily the truths”. In addition, it’s worth pointing out the psychological potential of the film, which can be used to confront one’s own life with the attitudes and behaviours of film characters, influence personal development, help build a hierarchy of values ​​and shape socially desirable attitudes. The narrative of Victim(s) also becomes a pretext for the audience to talk about the needs behind people’s behaviour.

With most of the actors being fairly new to making films for the big screen, Layla Ji still managed to gather an incredible assembly. Kahoe Hon in the role of Gang Zi and Xianjun Fu’s portrayal of Chen is simply sublime; both actors brought the characters to life and undoubtedly enhanced the film. The same goes for the mothers and Wilson Hsu’s Qianmo. Eunsoo Cho’s colouring and lightning added to the already dark tone of the film. The action was coherently shot with actors and the setting framed very well. The editing from Hsiao-Yun Ku is clean, which makes the film’s flow consistent. With dialogue being believable, actors also match the tone of the film and the personalities of the characters. Overall, Victim(s) was technically well shot.

It is said that only sticks and stones can hurt, but one knows that’s not true, and in the social media age that we are currently living in, Victim(s) is an essential viewing. With its solid narrative, the film, without a doubt, will speak to the audience of various generations and societies. It is a must-see production!