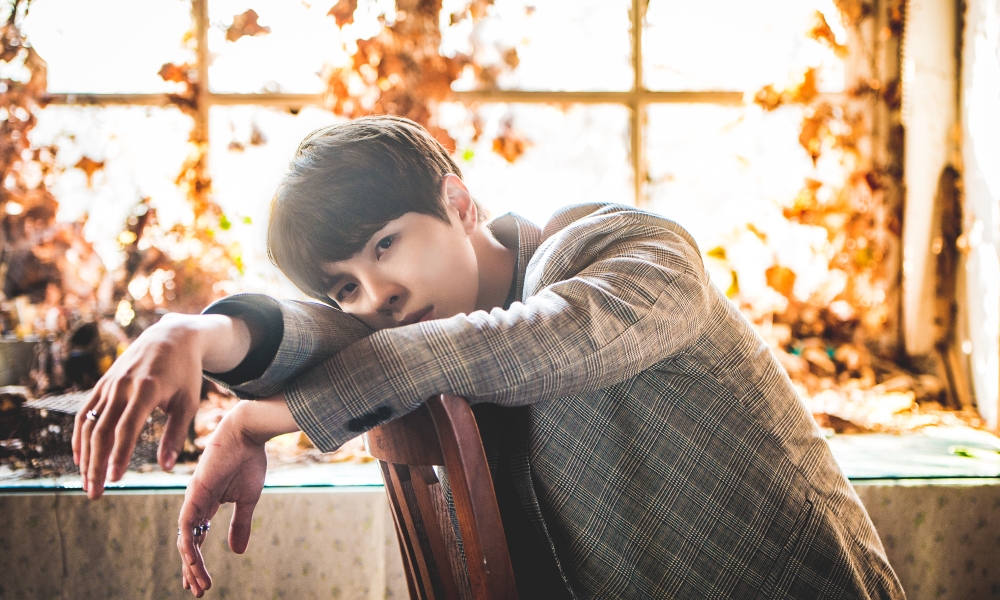 “I Will Work Harder to Grow Into an Incredible Artist.” – In Conversation with Kisu, a South Korean Singer-Songwriter

What really happens to idols after leaving their K-pop groups? Following several years of training and sometimes years of performing, regardless of their level of fame, the future is often bleak. There are various reasons for why idols part ways with their companies, but from what one has seen, it is often because of the lack of artistic freedom, murderous schedules, dislike of the monotonous sound of produced music, and practically no pay for years, or a pay for which an idol could have probably bought cat food only. But why, in such a modern and highly regarded society, is this sort of practice even allowed? No one really knows, apart from that the K-pop world is frequently driven by money and not by promoting one’s talents [let’s put BTS’ success aside as they are an exception, not only by having a good management team, but also by earning millions for their hard work].

Choi Kisu, also known as Kisu and Soo, started off his career in 2012 as part of a boy group called 24K which rose to a decent level of fame in Europe and South America. Although, after years of performing, international success and changes to the group’s line-up, Kisu decided to pursue a solo career as he felt that it was the right thing to do as he wasn’t satisfied with the way he was directed as a singer. While still in the group, Kisu released his solo project in 2017 called Sweet Lie, and prior to his mandatory enlistment in 2018, he produced Goodbye, a single dedicated to his fans. Kisu officially left 24K the same year, and after completing his military service in 2020, he has been working hard on his comeback while filming, recording and uploading covers of famous singers on Youtube. The artist has also been working on his own material, which he hopes to release soon. Although Kisu aims to be successful, he still goes by Albert Einstein’s ‘philosophy’: ‘Try not to become a man of success but rather to become a man of value.’

But who is Kisu? What does he like to do in his spare time? And was music his first choice of a career? We recently caught up with the singer and talked all about music and his life after the military.

First of all, let’s talk about how it all started. Do you remember the first moment when you felt that music was your future?

Originally, my dream wasn’t to become a singer and do music. As a kid, my dream was to become a teacher and teach children. During high school, through chance, my classmate and I participated in a singing competition and placed second. That’s when I first felt the happiness of being on stage. My classmate who did the duet with me in that competition was Ji-sook and she debuted before me as a member of the idol group Rainbow. I looked up to her as an inspiration as I grew my own dream of music.

In 2012, you debuted as an idol in a boy group called 24K. However, a few years later, you decided to pursue a solo career. In 2017 you released your 1st album Sweet Lie and a year later, you recorded another beautiful single called Goodbye. What was the creative process like for these releases?

It’s music I had been pursuing since I was young. When I was an idol, I really hated how I had to use an embellished voice instead of an honest voice. Every time that happened, after all the members had gone home, I’d stay behind in the practice room and write songs. My music in the present are those songs full of my emotions and honest thoughts from those times. The song Goodbye is from back when my compulsory military service was coming up soon. One day, I was driving by myself, and out of the blue I said to myself, ‘Goodbye, my fans’. This moment made me want to make a song about how sorry and grateful I am towards my fans. So, I worked on the song really quickly, just 2 weeks before I entered military service, and released it. When I hear this song, all the emotions I felt during that time come straight back!

You partly walked away from K-pop and with your 2017 and 2018 releases you combined pop with R&B. Is there a certain music style you would like to try out with your future releases?

As I put up my covers on YouTube, I think my confidence in myself to be able to do various genres has been growing. I want to do R&B, POP-style music with some EDM thrown in, and also Reggae music. I want to go for more and more different genres to the point my fans view KISU as a singer who can do well across all the various genres. What’s the style of singing you want to hear my voice in, everyone?

You collaborated with Greenmango on Love is Like That, what was that experience like for you? Were there any artistic differences between you two during the recording process?

A close friend of mine from when I was younger is the vocalist of Greenmango. When they asked me to be a featuring artist, I gladly said yes. I remember how I went and recorded for the song without even listening to the song beforehand. Another fun memory is how my payment for featuring was a cup of coffee from Starbucks.

Recently, you have been recording many covers and sharing them with your fans on YouTube. Apart from that, are you working on new music?

I’m continually making new songs even now. If I may give a spoiler to the readers of this interview, it’s that I recently participated in the title song of the web drama that Yohan Kim, the 1st place winner of Producer 101 Season 3, stars in. I provided guide vocals and chorus vocals. You probably can’t hear my voice very well, but it was a fun experience nonetheless. I also participated in directing the recording session when Yohan Kim was recording for the song. It was so fun.

If I may give one more spoiler, it’s that I’m currently working on a project album with all my friends from back when I first started music. The project members include Almeng from K-POP STAR Season 3 and Pilgyu Park who appeared in Super Star K3 in a police officer’s uniform. I’m doing the songwriting, and the five of us are working hard on a really cool album together. Look forward to that too!

What kind of approach do you use when writing your lyrics?

I think I tend to base a lot of my work on experiences. Of course, some of those experiences are my own, but there are also many times when I write lyrics based on a movie or my friend’s experience.

Looking at the Korean music industry, and since you became a solo artist, have you suffered any ‘resistance’ or scepticism from within the industry? What would you say are currently your main artistic challenges and has being an artist changed other aspects of your life?

The biggest difficulty of doing music in the Korean market is finances. I went on a lot of world tours when I was an idol, and yet I barely made any money. Even now, my financial issues keep me from making music quickly, and it’s a real shame. But I will work harder to grow into an incredible artist! I plan to put out a lot of creative works, so please look forward to it.

On which of your songs do you think you delivered your personal best performance so far, from an emotional and technical point of view?

It’s something all of you haven’t heard yet. It’s the song I’m going to be releasing soon! I really poured a ton into this song, in both technicality and emotion. It’s worth looking forward to. I want you guys to hear it so bad that I’m counting the days.

Would you say the music that inspires your work matches what you listen to when you’re a part of an audience? Or are you a fan of genres other than your own?

I really love listening to other singers’ music, so every day I check new albums that were released on that day and enjoy listening to them. I also really love watching Show Me the Money, so I listen to hip-hop frequently.

Improvisation is a large part of the creative process for many artists. How strictly do you separate improvising and composing in your work?

Making something on the spot is really not an easy thing to do. I haven’t separated the two. Recently, I thought of a new melody while driving and it almost got me in a car accident. Creative work is pain. [laughs]

When you are not working and making music, what do you do to get away from it all and relax?

Nowadays, I’m working with videos too, so I have no time to rest. When I’m working on music and it’s time to take a break, I go and work on videos and vice versa. I want to try working as a music video director in the future.

The world has been consumed by Covid-19 and made it very hard for musicians, and other creative professionals out there, to organise tours, meet fans, etc. Looking at the current situation, what’s your wider vision? What do you hope to achieve within the next year or so?

So many artists and fans are going through difficult times nowadays because of the COVID-19 virus. But taking an optimistic view, I think this period has been a very good time period for me. Due to my time in the military, I’d been mostly forgotten by the public, and I am still lacking in a lot of ways as soloist KISU rather than 24K member KISU. And so, during COVID-19, I want to use this time to get myself out there to a lot of people and promote my music. Once the COVID-19 virus is gone, I am set on becoming a singer who ranks in Billboard’s Top 100 and then I’ll meet many fans around the world. Please join me in my dream of becoming a Billboard singer! I swear I’ll show you something worth your while!

Thank you for reading my interview to the end. I will sing for you guys with all sincerity.

In Conversation with, K-pop, Music