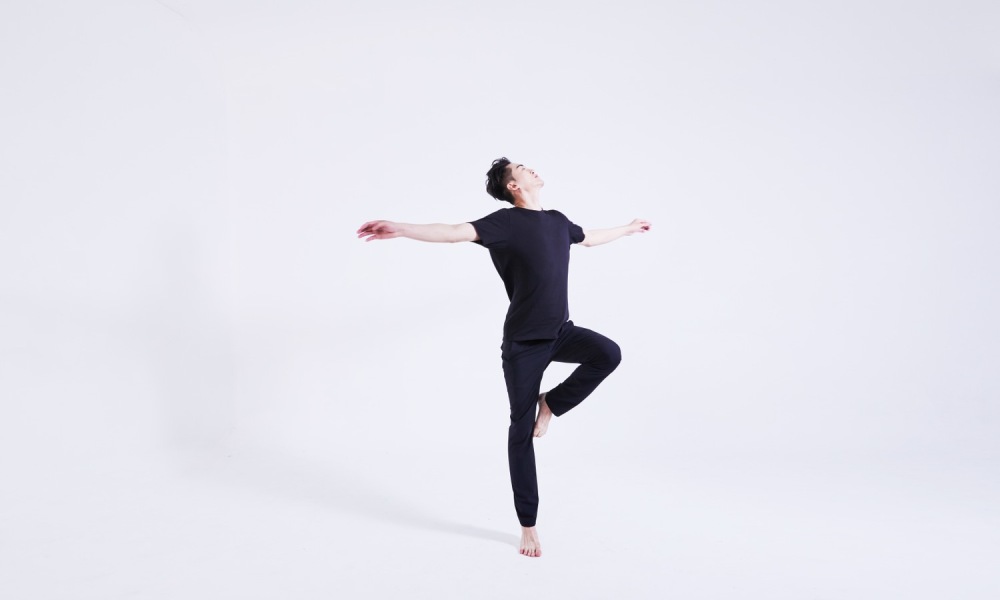 “I Want to Definitively Develop My Colour as a Dancer so That I Become an Irreplaceable Master No One Else Can Copy.” – In Conversation with Jay Kim, a Contemporary Dancer and Choreographer

Dancing has been a way of life for Jay Kim, a former 1Million Dance Studio choreographer and contemporary dancer, since he was 13 years old. Known for his artistic choreography for K-pop idols such as Taemin of SHINee, Luhan (former member of EXO), The Boyz, Jay Park, and an emerging group called KAACHI, Jay Kim sees dancing as an ‘art form of limitless potential’. The artist has been dancing for a long time, however, he ventured into choreography over 8 years ago when he was performing his military service. Throughout the years, Jay Kim developed his skills as a performer and creator of great body movements. His ability to understand the art of dance has helped him to create challenging yet striking dance compositions.

What is the life of a professional dancer like? How much does it take to become the best in your profession? Jay Kim answers these and many other questions especially for the readers of View of the Arts.

Actually, my personality back in the day was far from what you’d expect of a dancer because I was very shy and introverted. I started dancing when I was 13, when I started break dancing with my friends. First, I saw a musical because it was part of a school field trip. I thought ‘Wow…! I want to become someone cool like that who can make another person’s heart beat’. Then, at the school retreat, I saw a student from another school break dancing. That’s how my friends and I started break dancing too, and I naturally began to dance.

Can you describe how you would go about developing a dance routine?

My choreography starts with ‘what has meaning’. Of course, choreography should somewhat reflect what’s currently in trend, but even from the very first stage of song selection, I check whether its story or emotion is something I can express, and then I begin making the choreography. I tend to express any of the lyrics that are possible to express through movement, and I also tend to pay a lot of attention to connecting the flow from one movement to the next to ensure no disruptions. Since there are many components I have to control, I make sure I have an abundant amount of time when I am making choreography.

Being a dancer requires great stamina. Do you have any recipe ideas for maintaining fitness and strength?

Dancers require physical stamina while choreographers require mental stamina. I use a lot of in-the-moment energy during workshops or lessons, so I just eat without being picky or watching what I eat. However, I do tend to eat just one meal per day to control my body weight. As for muscle building workouts, I usually do comprehensive all-body workouts. I pursue a style of dance in which the body line is what’s important, so I try to maintain a slim body rather than having too much muscle mass.

There is a lot of talk about echo chambers at the moment, and I like the idea that dance is almost an echo chamber of the body. Neuroscientist Lawrence Parsons has done a lot of work around dancers, and to paraphrase him, he said ‘unlike music, dance has a strong capacity for representation and imitation, which suggests that dance may have further served as an early form of language’. How do you see the art of dance yourself?

When you look at the development of language through time, you see that back when there was no language, many people communicated using a physical body language. In a way, that in itself could be considered an early form of language. Nevertheless, people created the system of language for a more accurate and diverse way of expression. With that in mind, I think what dancers across various genres must do from now on is to communicate with the consumer, or the audience. That’s because there are still too many who evaluate dance as something difficult or something hard to understand. If communication ultimately fails to happen, the consumer will come to desire a new linguistic system like our traditional languages. But I also want to say that dance has an intrinsically deep value and is continually advancing, which makes it an art form of limitless potential.

What are some of the most important elements of storytelling in your own dance movements and in a dance that you choreograph for others?

I believe the most important elements of storytelling are ‘truthfulness’ and ‘empathy’. Contents that only the creator can feel and identify with will fail to evoke empathy from many people and such contents will end up getting filtered out. Also, nowadays, the consumer’s eye for quality of contents has risen to such a high standard. And so, if a creative work lacks sincerity, it will be nothing more than a passing thought in the mind of the consumer. This method would also never work for me because the creative working method I want is a pursuit of timeless designs that will be loved for a long time.

To what extent do you think your surroundings shaped you, creatively speaking, and in what way?

I get the most inspiration from my close friends and family. In the past, I dealt with a lot of negative emotions, but lately, I’ve been making my choreographies through positive emotions. Consequently, the memories and stories from when I’m spending time with people that I’m the most comfortable being around often become elements of my inspiration.

You recently collaborated with DDP (Dongdaemun Design Plaza) on the 2020 DDP Seoul Lights project. Could you tell us more about it?

Following last year’s event, Dongdaemun Design Plaza (DDP) hosted the ‘2020 DDP Seoul Lights’ show for this year. This time, the show was held as an online event, and it centred on a message of remedy, hope, and encouragement. I participated in that message by making a short but meaningful choreography to the song ‘Dreams’.

Before Covid-19 consumed the globe, you travelled around Europe and organised dance workshops for those interested in dancing. Sharing your knowledge as a dancer with other people must have been very rewarding. How was that experience for you?

I went all around the world meeting many people, and I found that there were a lot more places that needed my help than I thought. For many of the countries, it was their first time having a Korean artist (choreographer) visit them. There were also many places that didn’t have the circumstances to enable people to properly learn how to dance and gain an education in it. It’s really unfortunate. When people come to my workshops, what I want is not that they learn how to dance, but that everyone gains confidence or realises one’s own value and goes on to become a good influence on others. I met a lot of people who were suffering from depression, but they told me my dancing really consoles them. That makes me very grateful and happy, of course.

Who is the dancer right now that you are most intrigued by?

Actually, I’m someone who doesn’t look up videos of dancers usually. If I watch dance videos too often, I feel like I get trapped in a certain mould, so I actually look up movies or musicals instead. But still, I consistently watch videos of choreographer Kyle Hanagami.

When you are not working, what helps you to relax? How does your perfect day off look like?

Ever since I started working as a choreographer, I feel like I’ve been unable to separate rest from work. So, when I do rest, I tend to do absolutely nothing and relax.

What are some little-known facts about yourself that you would want others to know about?

I realised that a lot of people view me as serious. Of course, I think my value system regarding dance is more serious than most and my dancing style is not too light either, so I fully understand why people may find me as ‘heavy’. But I’m actually a very cheerful person, everyone! I just haven’t gotten a chance to show that side of me, which is a pity.

What are your goals, how do you see yourself progressing as a dancer/choreographer? Perhaps you have different plans for the future?

Something that’s been really strong on my mind lately is my goal to dance for a long time above all other goals. For me, due to the COVID-19 pandemic, the past one year has really been a battle against myself. In the future, I want to definitively develop my colour as a dancer so that I become an irreplaceable master no one else can copy. For now, I still don’t have any thoughts about trying a different road for my life, but I always have my options open. So, if such a moment comes, I would let go of dancing and take on that new challenge.

Art, In Conversation with, Music