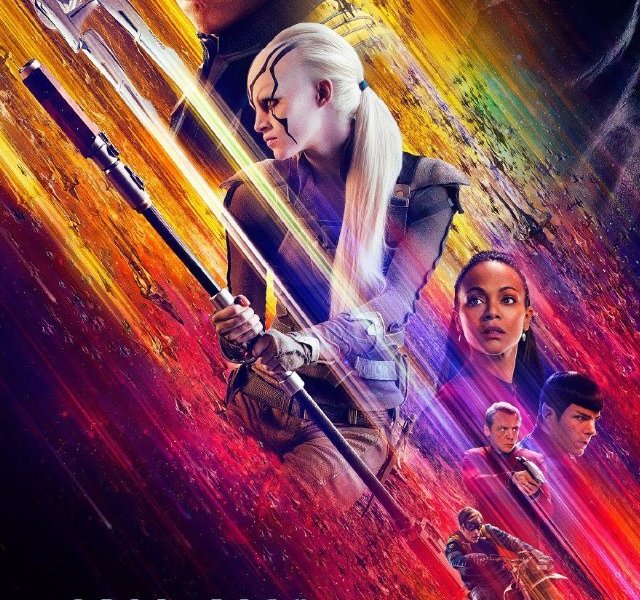 Star Trek is a massively successful franchise which opened its first frontier with a TV space opera exactly 50 years ago, and has since spun off seven TV shows (with the upcoming Star Trek: Discovery) and also – Star Trek Beyond included –  13 feature films. Star Trek Beyond is the third instalment of the reboot series, but it is the first that brought back the complete feel of The Original Series (1966-1969) and its original cast.

The story begins with a disenchanted Kirk who has – 3 years into USS Enteprise‘s 5-year mission – started to doubt if the endless mediation between warring civilisations and  exploration of new worlds are his true fate. Upon arrival to the Yorktown space station, a massive glass-orb in the space that gives off a distinct feel of a future target, Kirk applies for a position of Vice Admiral, which would station him permanently in Yorktown. On the other side of the glass orb, Spock first breaks off his relationship with Uhura, and then learns of the death of the (original) Ambassador Spock, which soon puts his mind on a similar trajectory as Kirk’s; he considers leaving USS Enterprise to join his people on the New Vulcan, to continue his other self’s work. The future plans of both are, however, put on hold by a distress call from a newcomer Kalara who claims to be a survivor of a spaceship crash on a planet within the nearby nebula. USS Enterprise is promptly dispatched on a rescue mission to save the rest of her crew, which turns ugly immediately after their arrival to the given location: they fly straight into a trap, set up by – by the looks of it – a technologically advanced race. We witness a complete dismemberment of USS Enterprise, with its spectacular crash onto the surface of the planet – and with most of the crew now trapped by the mysterious enemy – Krall.

Upon crash landing on the planet, Scotty is first attacked by Krall’s men and then promptly rescued by Jaylah, a female warrior who escaped Krall’s clutches; she takes him into her ‘house’ for hiding – which turns out to be  USS Franklin, a missing-in-action Starfleet vessel from over a hundred years ago. Close by, McCoy is helping a severely wounded Spock, while Kirk and Chekov (the final perfomance by the talented Anton Yelchin) search the ship for the mysterious object that Krall seems to be after, and confront Kalara who turns out to be in cahoots with Krall. After their escape and Kalara’s spectacular demise (she is crushed by the saucer of USS Enterprise), the remaining crew is reunited and plans are made to save the rest of the crew. Meanwhile, Uhura and Sulu bear witness to the cruelty of Krall, which reaches a completely new level after he gets his hand on the mysterious object he was after – it turns out to be the final key, needed to unlock an ancient bioweapon that Krall first demonstrates to Uhura, and then reveals that he intends to use it on Federation, with the first target being Yorktown. On the other side of the planet, Scotty manages to jump start USS Franklin and the team embarks on a daring rescue mission – first of the remaining team, and then of Yorktown. 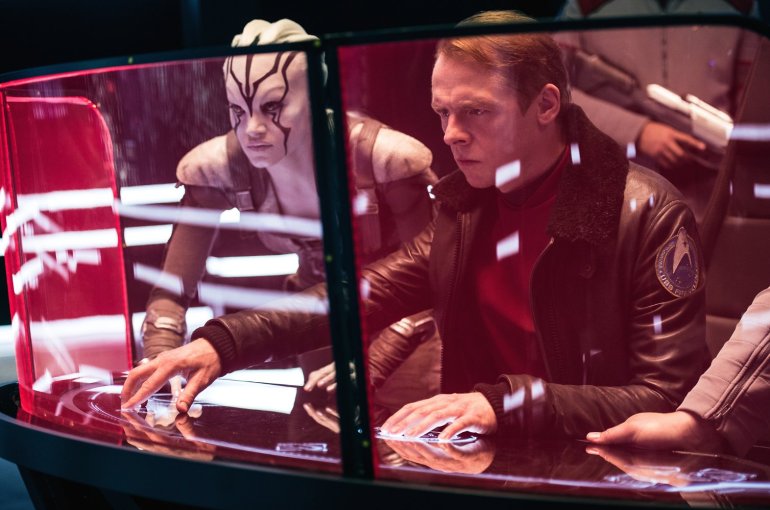 In comparison with the previous instalment in the series, Star Trek Into Darkness, this film touches base where the other lost points: instead of focusing on the world itself or on the villain, we get much more face time with members of the crew. Chris Pine plugged into the Shatner ideal of Kirk at a never-before-seen level, oozing charm even while pulling off chuckle-worthy stunts. The Spock-McCoy banter, delivered flawlessly by Zachary Quinto and Karl Urban, brings back all the possible feels of The Original Series. Somewhere during the first part, we are even offered an unexpected moment of sweetness – after a long period of time in space, Sulu is reunited with his family – who turn out to be his male partner and a daughter. The moment with this fresh bit of backstory is so brief that we could easily miss it – as George Takei himself lamented, while he also stated that adding a homosexual character into the world of Star Trek would have a bigger impact if they inserted a new, but strong homosexual character. This would agreeably be great, but giving Sulu an extra dimension, with the subtle nod to his original portrayer, is a great thing on all counts. Krall as a villain, however – even with the character ‘twist’ there at the end – is not given enough time/development to become truly impressive, which makes it almost a waste for casting Idris Elba – this is especially set off in comparison with Benedict Cumberbatch’s Khan from the previous instalment. But hey, we cannot have it all. 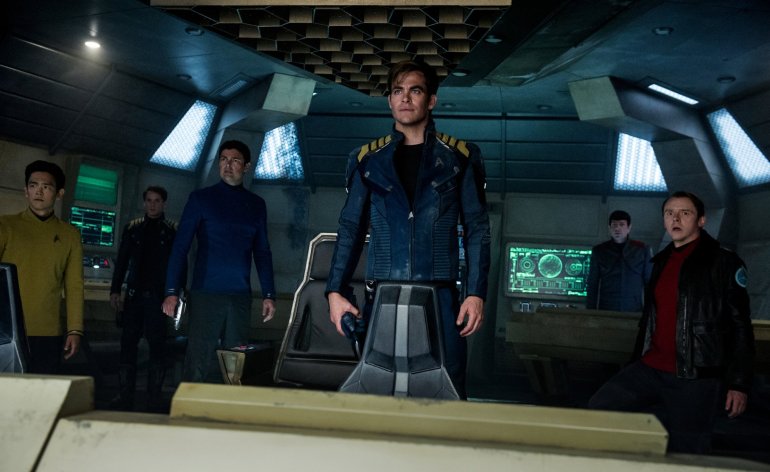 Justin Lin proved himself to be an adequate replacement for J.J. Abrams; his Fast and Furious franchise skills were put to a great use in action sequences. While some of them might have been a bit too far-fetched, that did not make them any less entertaining. In terms of action scenes, a special shout needs to be given to the composer and music editors of Star Trek Beyond. Michael Giacchino composed yet another great soundtrack, but the true space rock and roll literally came with the use of some brilliantly chosen classic tunes that found their way into the film at perfectly timed moments, such as “Sabotage” by Beastie Boys and “Fight the Power” by Public Enemy, pulling the audience in for that extra few inches. 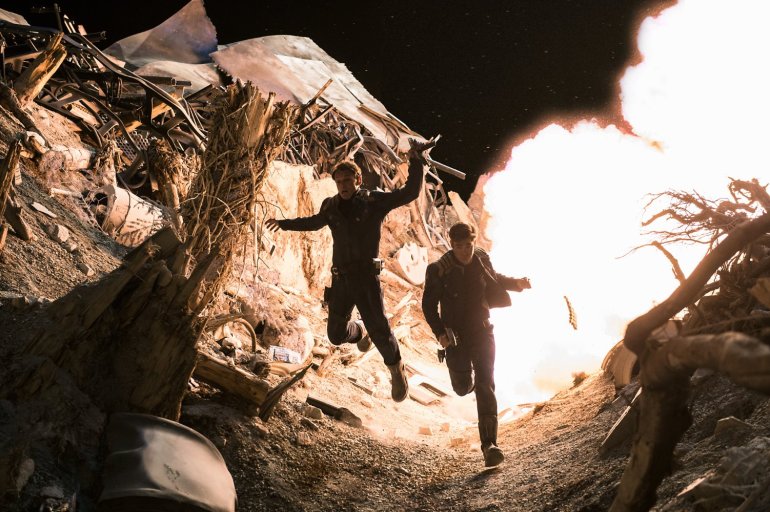 As for the story itself, it is obvious that Doug Jung and Simon Pegg wrote the screenplay that is set to appeal to Trekkie fans, but is at the same time very entertaining and appealing also for the general audience. By turning away from the more global approach and by finding their centre with the USS Enterprise crew and their interpersonal relationships, with emphasis on dialogues and by turning the storyline into a story-of-the-week, they basically aced The Original Series test, proving that there is still more to be explored and to be shown at this level of franchise – which will undoubtedly follow in the form of the 14th feature.