Lee Kyoung-mi’s The Truth Beneath, a superb dark thriller, was the Opening Night film at this year’s London Korean Film Festival. Co-written by Park Chan-wook, The Truth Beneath takes the audience on a terrifying journey through the dirty corners of the world of politics and through the personal pain of the protagonist, Yeon-hong (Son Ye-jin).

At first, you would have thought that The Truth Beneath might mirror the actual current critical state of Korean politics and the related corruption, but the film comes out as a surprise to the viewers.

Here it is, the picture perfect: a beautiful married couple, Yeon-hong (Son Ye-jin) and Jong Chan (Kim Joo-hyuk) – a former news anchor, now a politician – are working hard on Chan’s election campaign; he won the nomination for Korea Party. Unfortunately, on the first day, while both are busy, working on the campaign, their teenage daughter Min-jin (Shin Ji-hoon) disappears. While Yeon-hong immediately tries to investigate her daughter’s vanishing, the husband, weirdly – to avoid debilitating his image – wants to wait for Min-jin’s eventual return or report her disappearance the following day. It seems like everyone within the campaign is indifferent to Yeon-hong’s cries for help; nevertheless, she doesn’t give up and very quickly gathers some evidence that may help find Min-jin.  She turns into a real Sherlock Holmes and decodes the girl’s email address, where she finds over 50,000 messages, including the one from her math teacher Son So-ra (Choi Yu-chwa); she also reads her daughter’s notebook/diary and even interrogates Min-ji’s friend Mi-ok (Kim So-hee) – the film’s tension grows by minute – hold on to your seats while watching it, as it gets better and better! 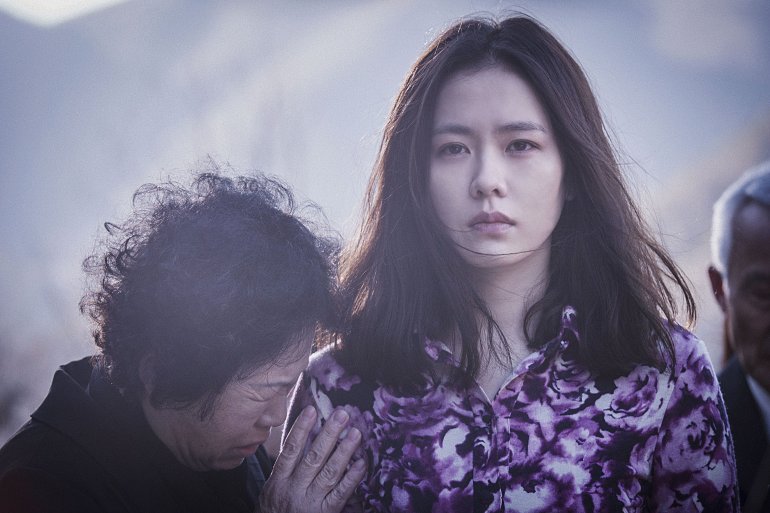 Naturally, the film is driven forward by the story of finding further clues about the daughter’s disappearance. The more Yeon-hong digs into Min-jin’s life, the more secrets the mother unveils; it turns out that both parents didn’t really know their daughter and the picture perfect it’s not so perfect after all. After discovering that Min-jin was brutally murdered, more dark and disturbing private details, now about her husband, resurface. This does not sound too original, but the narrative is surprisingly more thrilling and more intimate than one might expect; Lee Kyoung-mi achieved something great in entertaining the audience.

The Truth Beneath is not a film with a political plot; the world of politics is just a background which was chosen to show the superficiality of family relationships in the face of politics. The film director also draws a sophisticated and tragic psychological portrait of Yeon-hong, her ignorance to certain problems and anxiety which, as a result, gradually causes her mental degeneration.

The mystery of Min-jin’s disappearance is hard to predict, but when we do find out what really happened to her, it is shocking, and the scene where she is found murdered leaves a strong mark in your memory; the audience is continuously kept on the edge of the seat as Son Ye-jin’s maniacal yet shining performance does not allow the viewers to ignore what’s happening on the screen – Son Ye-jin is the strongest point of the film! She is a marvellous and extremely talented actress. Kim Joo-hyuk’s characterization of Jong-chan is very strong as well, but he is slightly overshadowed by Son Ye-jin; nevertheless, his performance of a two-faced husband, expertly executed, makes everything in the film well balanced.

I am truly impressed with The Truth Beneath. Apart from a very good narrative and strong acting, the audience was treated to a fascinating collage of flashbacks mixed with the present, very much in the style of the Japanese film director Nakashima Tetsuya (Confession). In addition, Ju Sum-lim’s steady camera work and Park Gok-ji’s gleaming editing make Lee Kyoung-mi’s second feature look great. There is no doubt that The Truth Beneath is one of the best Korean thrillers of 2016.