Ben Younger’s Bleed for This

The 21st Busan International Film Festival served us this year with a multitude of great Asian films and with several amazing Western film creations, among which Bleed For This, written and directed by Ben Younger, perhaps stood out the most – not only because Ben Younger himself attended the festival, along with his two all-star cast representatives, the golden boy of American cinema Miles Teller and the handsome Hollywood veteran actor Aaron Eckhart, but due to its simple, but powerfully conveyed story.

Ben Younger is known as an established pilot screenwriter, a writer and perhaps slightly less known as a film director (he wrote-directed Boiler Room (2000) that won several nominations and got him a lot of attention, and Prime (2005)); his projects did well at the box office, but it is Bleed for This (2016) that might turn out to be his best and most successful project so far.

Most of us have a very limited knowledge when it comes to the world of boxers and fighters, but there are many who have heard the name of Vinny Pazienza, the legendary boxer who miraculously, with the sheer strength of will, returned to the ring after suffering heavy spinal injury in what is considered to be the greatest comeback in boxing history.

Miles Teller stars as Vinny Pazienza; right at the beginning of the film, it is obvious that Teller prepared for this role in a big way. We first see him as Vinny in a surprisingly funny first sequence (when the general tone of the film would have been expected to be more sombre) – at the qualifications for a boxing fight, Vinny has some difficulty making the required weight, which leads to him stripping all the way down to his g-string – which is as funny as it is an excellent way to showcase the body Teller so devotedly chiselled for the role; not to mention it works perfectly as a gentle manner of ushering the audience into the competitive world of boxing.

We follow as he loses his fight due to his irresponsible lifestyle, after which he passes out due to dehydration. That he should quit being a boxer is the opinion shared by the entire world of boxing and even by his manager. But in the stubborn fashion that we soon learn is basically Vinny’s calling card, he goes to look up Kevin Rooney (Aaron Echkhart), once a respected trainer and now a washed-up alcoholic who instead of training others how to punch now selects to punch others using words. The unlikely duo is fast to realize that each might just be what the other needs to rise again – and Vinny soon finds himself back on the road to success, even winning the title of the world middleweight champion. But we’re only a good third into the movie; soon, the infamous accident happens and clips his wings – with the doctors bestowing Vinny with a halo instead, warning him that, should his injury not heal properly – or if he ever dared to go back into the boxing ring – he’ll never walk again. What follows is a few-days-long identity crisis that is painful to watch – before the stubborn kicks back in and Vinnie starts to bench press in his family’s basement. 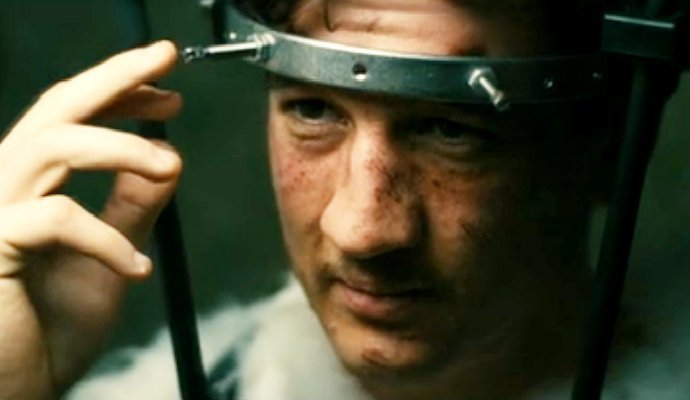 Bleed for This, being a bio pic, does not have the luxury of providing shocking turns or twists in the story to keep the audience captivated. Instead, it manages to keep the audience invested even if they are aware of how the story goes, by offering a series of realistically portrayed, truly genuine moments between the characters, with Teller pulling the bandwagon by even adding to the original character. He shows us Vinny as a tough, but vulnerable, magnetic, stubborn, driven person who knows his place in the world and will stop at nothing to keep it. The power he invested into this role goes way beyond the physical; his entire performance is truly compelling, especially if we compare it to his previous, much, much softer roles – though that singular focus that he shows so brilliantly does bring back a whiff of Whiplash (2014).

Aaron Echkhart’s visual underwent what some might call an Oscar-worthy trial, and every one of his character’s cynical stabs is delivered with perfection. The friendship between the two actors got channelled into a great on-screen chemistry; the comedic tit-for-tat works like a charm, and the respect and the growing friendship between Pazienza and Rooney seem to be as genuine as it gets. 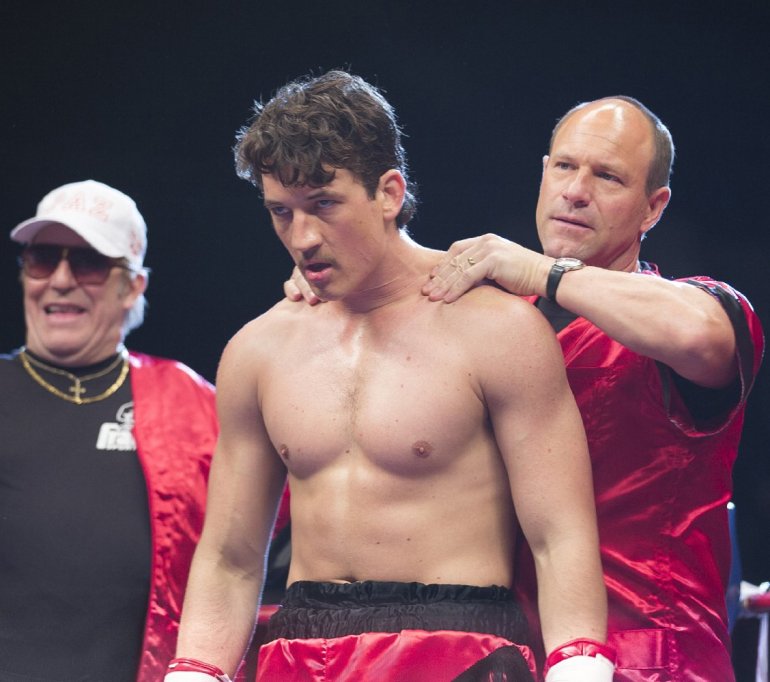 Ben Younger seems to have chosen the perfect vehicle for his own comeback; with a great cast (which also includes some veteran actors, such as Katey Sagal, Ciarán Hinds and Ted Levine) and with a film powerhouse serving as one of the executive producers – when you read the name Martin Scorsese during the end credits, your mind just goes “Aaaah…” – and with a story that is set to inspire and wake up the viewer’s own inner fighter spirit – this film should go on to become fairly successful (though its wide release had a slightly rocky start coming up against a couple of major blockbusters) – and perhaps even win a well-deserved award or two.