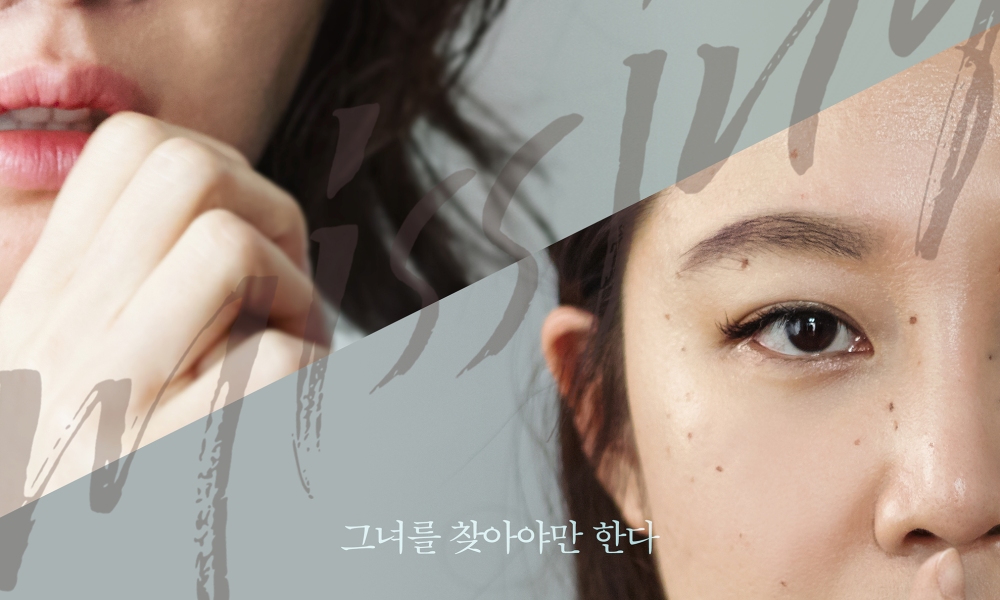 After a lengthy hiatus, Lee Eon-hie finally grabbed a pen and paper – as well as camera – and created (with some help from Hong Eun-mi) her first thriller Missing, which features two well-known Korean actresses: Uhm Ji-won (Master, The Silenced, Wish) and Kong Hyo-jin (Single Rider, Boomerang Family, Crush and Blush).

Missing depicts a story of two women: Ji-sun (powerful performance by Uhm Ji-won), a divorcee who juggles between work, a custody battle and being a mom, and Han-mae (Kong Hyo-jin), a Chinese woman who becomes a nanny to Ji-sun’s daughter. 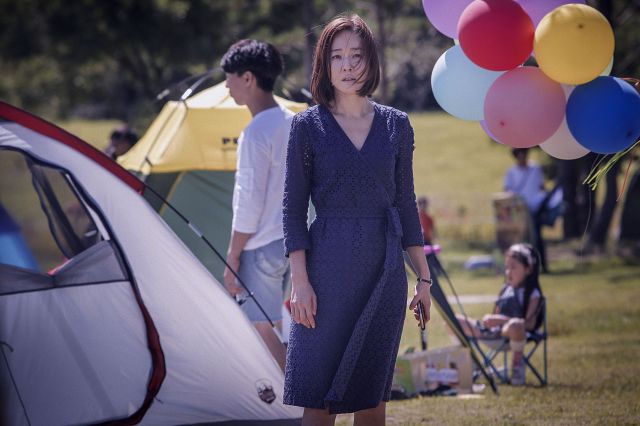 As Ji-sun’s custody battle turns bitter and work slowly overwhelms her, she relies on the nanny more than ever; Han-mae becomes a part of the family and builds a subtle friendship with Ji-sun. One day, Ji-sun needs to work overtime and asks the girl to look after her daughter; without any hesitation, Han-mae reassures her employer that everything will be fine and that she should concentrate on work. Ji-sun leaves without a single worry. The next day, in the chaos of waking up late and getting ready for the court appearance, Ji-sun isn’t too concerned when her child and nanny are gone in the morning. The day passes by and the woman starts to worry as Han-mae and her daughter have not returned; now in great panic, Ji-sun asks all her neighbours if they saw them leave the house; to her surprise, no one confirms that they came across the nanny and the infant. While questioning her neighbours, Ji-sun notices a mysterious man who is at her door; she speak to the male, who apparently lent the girl money and now, he asks for the money back. In desperation, Ji-sun begs the man to help her find her daughter and Han-mae. During the search for her child, the woman learns the  dark and brutal life story of the nanny. One might become sympathetic towards Han-mae after hearing how turbulent her private life was. The question arises: what really happened to the girl that made her kidnap Ji-sun’s child? 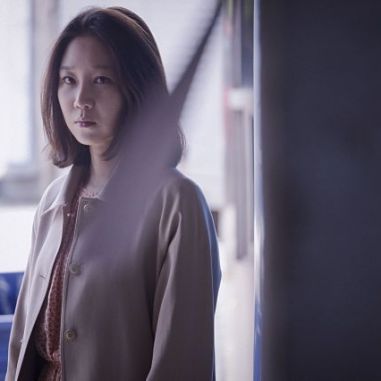 It is not difficult to notice that Lee sees her main characters as strong and active females; both roles were exceptionally executed by aforementioned actresses. The film director,  concentrates on the male characters only to some extent, and when she does, she shows them in unfavourable colours: Ji-sun’s ex-husband is depicted as a mean and cold-hearted doctor, the police officers are incompetent and the crook is willing to help with the abduction of the woman’s child.

The characters of Ji-sun and Han-mae are brilliantly created by Lee; she portrayed them as real single women, with difficult issues, but with one thing in common: a child. Lee also shows that motherhood is a powerful force to be reckoned with; no matter what women go through in their lives, they will always be fierce protectors of their offspring.

The cinematography by Kim Sung-an is exceptional; every colour exposes the mood of the film; it seems like the background is also the focus of Kim Sung-an; aesthetically speaking, the film is very well shot on digital camera. Kim’s camera work really plays a considerable role in the emotional language of the film and the audiences’ emotional reaction to what’s happening on the screen. 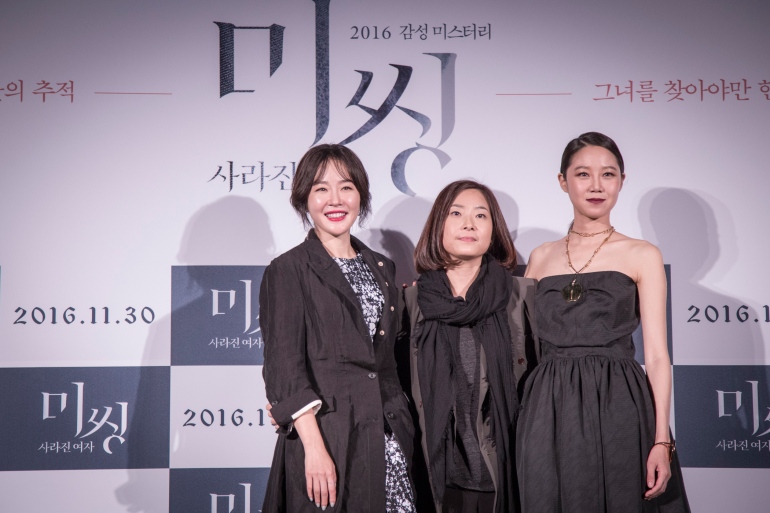 Missing is a fairly engaging thriller; it is a gritty story “made by a woman about women”. That said, there is one issue: an easy and dull ending; the audience might be left dissatisfied with the mediocre ending to a decent film.

It was undoubtedly good to watch a film made by a woman, especially since the film industry is still vastly dominated by men. It always makes me feel content to see more female-made productions.