Revered rockers Deep Purple are back with their new album Infinite and an ambitious world tour. As the only remaining original member, drummer Ian Paice, 68, has witnessed every incredible moment of the band’s 50-year career, including the death of his dear friend and co-founder of Deep Purple, John Lord, in 2012. The legendary musician talks Hall of Fame, the reason behind his health problems last year, and reveals why they teasingly called their tour The Long Goodbye.

Tell us about the new album, are you feeling positive?

We think it’s a very nice record, and everyone we’ve played it to, assuming they’re telling the truth, seems to like it too! It’s a weird, thing as a musician, because once you’ve done your work and accepted the final mix, your involvement sort of stops. You have to believe in what you’ve created as an artist, and it’s only when something is in the public domain do you know if you’ve made the right record at the wrong time, or the wrong record at the right time. I was thinking the other day, that if Sgt. Pepper came out now, it might be completely ignored, as good as it is, because everything is about timing.

What can we expect from Infinite?

I think it’s musically more varied than the last album, and probably a better record, but we have to see what decision our fans give it when they hear it! On your new single, Time for Bedlam, the drums, production and vocals sound as ferocious and visceral as ever. How do you think your personal technique has evolved over time? I look back over stuff I did in my twenties and as a person, I don’t recognise me, and sometimes I can’t remember the things I played. Nothing stays the same, and that applies to all musicians, but theoretically the more you do something the better you get at it. 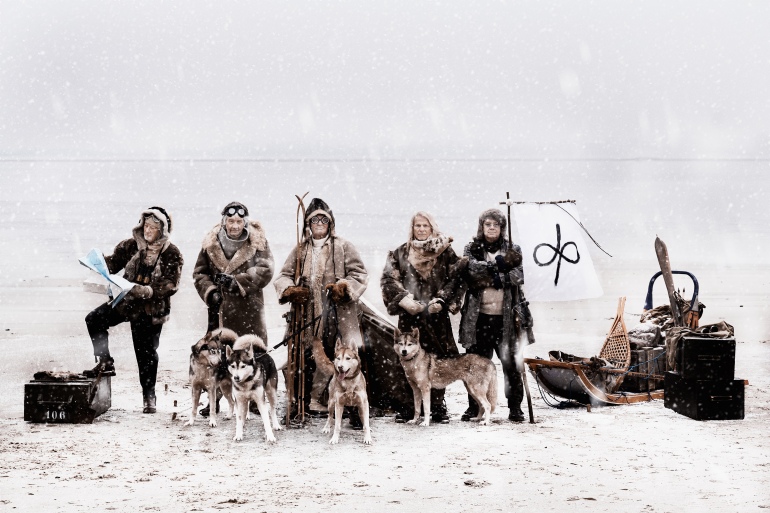 You’ve got a world tour booked. Do you still get a buzz from performing?

That’s the kick. Because if you don’t have that you can’t continue; you have to enjoy the process of touring. And that’s not just the two hours spent onstage, which is pure Disneyland, just you and your pals playing music. No, you must enjoy every aspect of it.

As you time has gone by has your attitude towards touring changed?

You adapt as you must. When I was in my twenties I used to leave the stage, get dried off and hunt for a club. Then I’d get back to the hotel at 5am, sleep for a few hours then do the same again! When you’re a kid you’re bulletproof, but over time it changes. Regarding my health, nothing in my lifestyle had anything to do with what happened. My genetic makeup means my blood is too thick, so I have to take pills for that. It’s no great hardship; as long as I take the pills I’ll be alright.

You were inducted into the Rock & Roll Hall of Fame last April after years of lobbying by your fans and other musicians. Where you bothered that it took so long and did it feel like a momentous day?

Momentous it was not. my wife and I got a free weekend in New York which was great and we had a lot of people saying wonderful things about us and that was nice too, but it should have happened a long time ago. And had it happened a long time ago my dear friend John Lord would have been there to accept it too. Having been in the music industry for so long you must see through the veil of celebrity…

Fame is a weird thing. You see people chasing it, but they can never quite catch it. If you’re creating the music that you truly believe in and your heart is in the right place, you’re more likely to find success. but some people just want fame and are likely to end up disappointed because they’re doing it for the wrong reasons.

What do you make of recent resurgence of vinyl? Will the new record be available on record?

It will yes. I’ve seen the pressing and it looks wonderful. The artwork looks superb. I think it’s become popular again because people have spent the last seven or eight years downloading digital files that they play through headphones, and that’s their only connection with music! But with vinyl, you have to take it out of its sleeve, check there’s no dust on it and place it on the turntable, and then put the needle on. It’s a whole process that connects you to the sound.

It’s called The Long Goodbye tour, is this really the end?

I think this will be the last round-the-world tour where we play to absolutely everyone we can. The ‘long’ is an important word because it might take us three years to do it. But even if we did call it a day at some point I would still play drums, even if it were in the corner of a pub somewhere.

Infinite has been released on April 7th and tickets to the Long Goodbye Tour are available now.

Interview © CMYK Interview Hub and View of the Arts

Art and music, In Conversation with, Music