In less than a week, the 19th edition of the Far East Film Festival (FEFF) will open the doors of Teatro Nuovo “Giovanni da Udine” in Udine, Italy, and East Asian cinema will reign over the little city in the Italian Friuli-Venezia Giulia region for a full 9 days (21st – 29th April 2017).

The FEFF film festival, which has been named among the 50 “Can’t Miss” global film festivals by Variety, has – since its establishment in 1999 – become one of the main Western hotspots for Far Eastern culture, and Asian cinema especially. For years, FEFF’s red carpet welcomed major Asian cinema representatives, and its level keeps on growing, attracting more and more global attention. In 2016, FEFF received some 60,000 visitors.

The expectations run high also with this year’s programme; among the total of 83 selected titles, there will be 4 world premieres, including Herman Yau’s thrilling Shock Wave (2017), which will be the official closing film of the 19th FEFF; there will also be 12 international premieres, 10 international festival premieres, 25 European premieres, one European Festival Premiere and 22 Italian Premieres – all from 12 different Asian countries. The festival will open on Friday, April 21st 2017; not with a bang, but with a blackout: the opening film will be Shinobu Yaguchi’s Survival Family (2017), the dystopian Japanese road movie comedy, followed by a Cambodian action movie, Jailbreak (2017), by Italian (!) director Jimmy Henderson.

Among this year’s FEFF top-tier guests that will draw in the younger audience are Aya Ueto and Takumi Saitoh, popular Japanese actors, who will on Monday, April 24th, present their romantic comedy Hirugao – Love Affairs In The Afternoon (2017), a continuation of an immensely popular Japanese TV drama series. The older cinephiles will relish the presence of two legends of the Asian cinema, who will attend the festival to receive their Golden Mulberry for Lifetime Achievement Awards – the famed Chinese film director Feng Xiaogang, known for A World Without Thieves (2004), The Banquet (2006), Aftershock (2010) and Personal Tailor (2013), and the Hong Kong actor, director and producer Eric Tsang, who left his mark in the cult classics Final Victory (1987) and Infernal Affairs (2002).

FEFF festival has powerful ties to Hong Kong and its cinema, so it is hardly surprising that FEFF will mark the 20 year anniversary after the handover of Hong Kong back to China by screening a grand retrospective – 10 Hong Kong film classics that will give the viewers the chance to immerse themselves with the city, its culture and community, including Johnnie To’s The Mission (1999) and Alan Mak and Andrew Lau’s Infernal Affairs (2002). 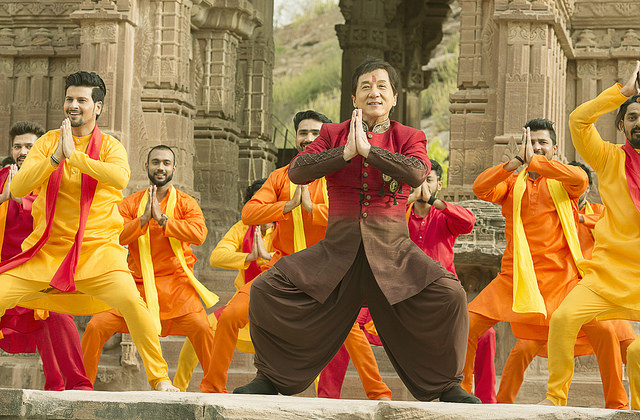 From a transgender Filipino comedy (Die Beautiful) to a Taiwanese musical (52Hz, I Love You), to thrillers, documentaries and a proper selection of horror genre films (Take Me Home, Seclusion, Mon Mon Mon Monsters) that Asian cinema is famed for – the 19th FEFF film buffet offers a feast, and View of the Arts will, this year for the first time, enjoy it at the venue itself – keep an eye open for our 19th FEFF reviews and interviews!