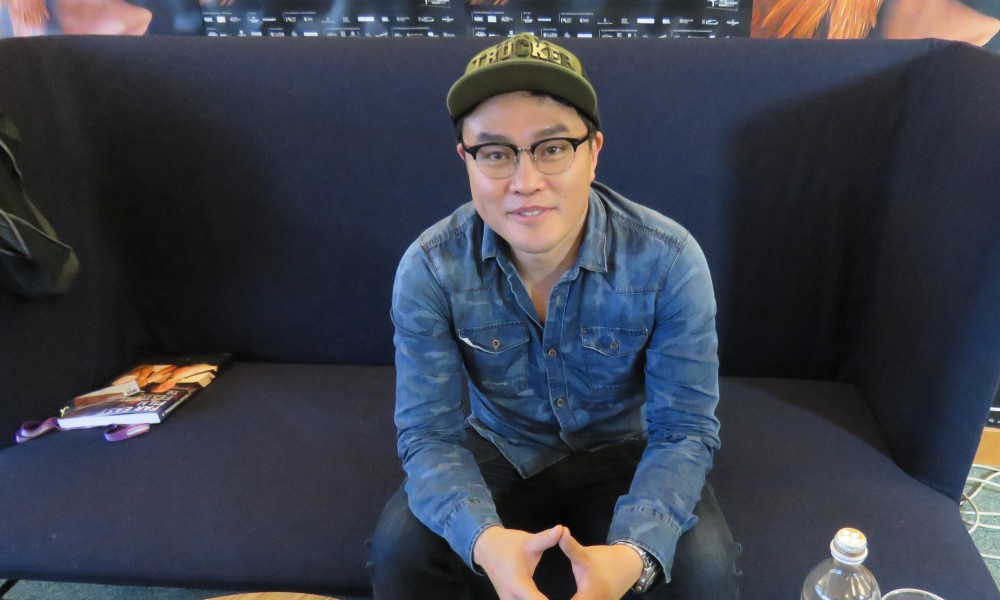 Kim Tae-yoon appears to be a fairly ‘new’ director on the South Korean cinematic scene, given that he only has three director credits under his belt (with him also being the screenwriter for all of his projects), even though his debut feature, A Cruel Attendance, dates all the way back to 2006. 3 features in 11 years may not seem much, but it must be noted that they all boast admirable casts and complex, well-delivered stories – his previous film, Another Family (2013), bravely tackled the notorious real-life case of a father seeking justice for his deceased daughter by suing a Samsung Electronics semiconductor plant.

His latest feature, New Trial, which premiered in South Korea this past February and which stars the popular actors Jung Woo and Kang Ha-neul, seems to have finally opened up another world of options for the 44-year-old director; the topic aligned with the time of political unrest in South Korea in a true at-the-right-place-and-at-the-right-time fashion and offered the justice-hungry audience a chance to watch a film that is not only based on a true story,  but also delivers a message about justice being served, even if it at first seems impossible, and even if it is 15 years later than it should be. The film received 2.4 million (!) admissions after its premiere and is now ready to leave its mark also in the countries abroad – it was received with an enthusiastic welcome by the audience here in Udine.

Director Kim Tae-yoon personally attended the international festival premiere of New Trial and was kind enough to answer a few of our questions in the midst of his busy schedule.

New Trial is based on actual events. What made you want to tell this particular story?

When I was waiting for the release of my second feature, “Another Family”, which is also based on a true story, I got approached by my friend who is an attorney, and he asked me to make a film after the Yakcheon intersection murder case. Because this is not a well-known story, my attorney friend wanted this story to be told. But I struggled to get “Another Family” released, because it was also based on true events, so I didn’t want to make another film that was based on true events. But my friend insisted for me to at least look at the story. So I did and then decided to, perhaps for the last time, make another movie based on a true story. That’s how it started.

There are obviously some differences between what really happened and what was depicted in the film – what were the largest changes that you made and why did you feel that they were necessary? (Spoilers ahead!)

It is actually really difficult to tell what is fictional and what is not, because I developed a script for the film based on the case and also on the confessions of the boy and the attorney himself. So, when I was making the film, sometimes I was confused whether some things really happened or not – it was all according to their testimonies. In the film, there are two scenes – two sequences – that are completely fictional. First, the scene where we see the two meet the real murderer; it seemed that the original attorney himself tried to meet the real murderer, so when I heard that story, I kind of thought about having them meet the murderer for real. The other one is a sequence that is almost at the end of the film, where the boy goes to meet the detectives – the boy told me that he was really angry back then and that he felt like he wanted to kill the detectives, which inspired the sequence. For the rest, it is really hard to say what actually happened and what didn’t.

Kang Ha-neul and Jung Woo did a great job; what was the casting process like and why did you feel that they were perfect for their respective roles?

They are not superstars! [Laughs] I thought that it was really important to have a good combination of two actors, rather than to have one big star; that it would be really nice to work with fresh, young stars. To me, the synergy that the two of them made is really important. But I doubted at first that these two young people would want to star in those kinds of roles. But actually, it wasn’t all that difficult to get them to agree – the casting process was quite smooth.

At the end of the film, the original attorney is shown in the photos with Jung Woo. I was wondering – was it just his and the boy’s testimonies, or was he directly involved with the process of the filmmaking?

He helped a lot, but he didn’t take a part in the production, of course. In addition to the testimony, he provided the documents and the research he did for the trial. And he gave us legal advice during the script-writing. When I met him for the first time, he was not a big lawyer. But during the preparations for the film, he became … so big. Because he won a series of new trial cases, he appeared on several TV shows and in newspapers, so he actually helped us from the side. He mentioned this film during his appearances and interviews, so he helped a lot.

What was, for you, the biggest challenge in the making of New Trial?

Compared to my previous film, I got less pressure, because I suffered enough already [laughs]. I had difficulty with financing, because of the topic. But when the film was to be released, there was a huge shift in the Korean political situation; due to that, I got a lot of offers and support. The film got a wide release, and the film did really well. 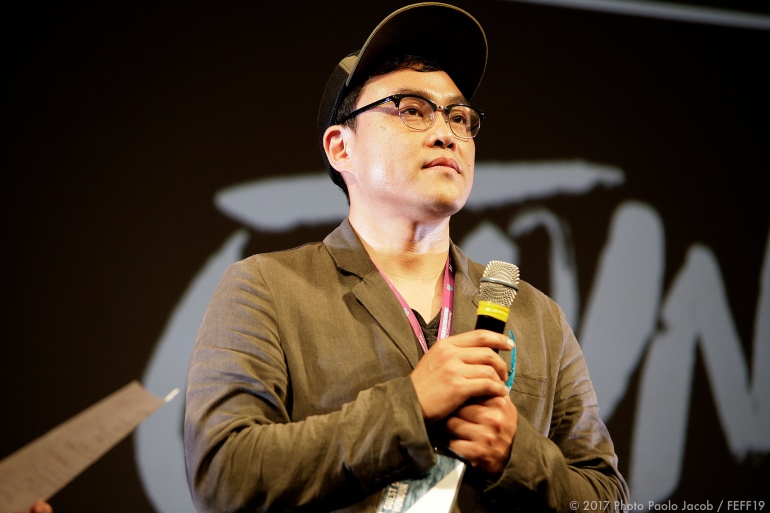 That leads us to the next question: How was the film received in Korea? How did the audience respond?

The response was more positive than I expected [laughs]. Commercially and also critically.

Since you both wrote and directed – not just this film, but also the previous ones, it begs the question: is there a difference between the writer Kim Tae-yoon and the director Kim Tae-yoon?

In Korea, I am still considered as a new director, so I had to write the screenplays myself. I think that writing is a lonely, compelling job. Because when you write, you are not sure if the film will actually be made. It is not just me – many of my writer-director friends suffer from this process. But being a director is more fun – you work with the cast and the crew, and you talk about the process. It is more about moving forward. Writing is more difficult.

There have been some similar themes between your previous films and this one – what stories do appeal to you personally the most?

There has been a trend in Korean cinema – obviously connected with the current political situation – of corruption-themed films. What are your thoughts on this?

Cinema, as you know, is an art form. And the art reflects the flow and the thought of society. When you see the trend, it may be due to the situation in Korea; I feel that is inevitable, but I don’t think that this will last forever; as the situation changes, the trend will also change. You don’t make the film to follow only one flow of the trends – you can never know what kind of trend will emerge and get popular next.

So, which themes do you feel you want to use in your next project?

Love, music [laughs]. I want to do a romantic or a musical film. My ambition right now is, actually, to create a musical.

Are you a musician yourself?

What did you play?

So, a musical it is.

All other photos courtesy of Udine Far East Film Festival

Film, Film events and festivals, In Conversation with