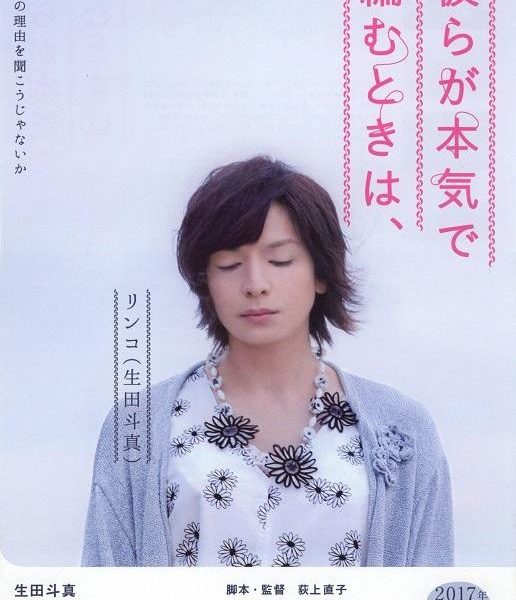 Tomo has been abandoned by her mother, again. While this isn’t the first time it’s happened, and her mother has been more-or-less an absent parent since day one, it still hurts. Unable to live on her own, the eleven-year-old seeks refuge with her uncle Makio. He gladly accepts but he doesn’t live alone anymore, he has a girlfriend who, he tells Tomo, is different, and it’s true, Rinko is different, she’s transgender.

While Tomo is apprehensive about Rinko at first, the latter does her best to make Tomo feel comfortable in her new environment. She asks her what her favourite food is, makes her bento lunch boxes, and teaches her how to knit. Before long the trio begin to feel like a real family, and for all intents and purposes they are. Tomo learns to be accepting of Rinko, and by extension accepting of her classmate Kai who is coming to terms with his own sexuality and is being ostracised for it. Seeing her grow and learn to see Rinko and Kai as normal is very moving, but what is the most poignant is the support Rinko’s mother, Fumiko, gives her daughter.

Based on a real person, Fumiko is inspirational for the way she supports and loves her transgender daughter. Too many transgendered children are rejected or forced to be what they’re not, so to see Rinko’s mother do anything she can to support her daughter (including knitting her a pair of breasts) was incredible. It’s hard to watch Close-Knit without being touched by the beauty of the story, here’s a family that love each other unconditionally, one that loves each other in the face of adversity and prejudice. Fumiko, Rinko, Makio, and Tomo feel more like a family than the 11-year-old does with her own mother. It shows that a family doesn’t have to be made up of blood-relatives to be a family, and that’s what makes Close-Knit so perfect. 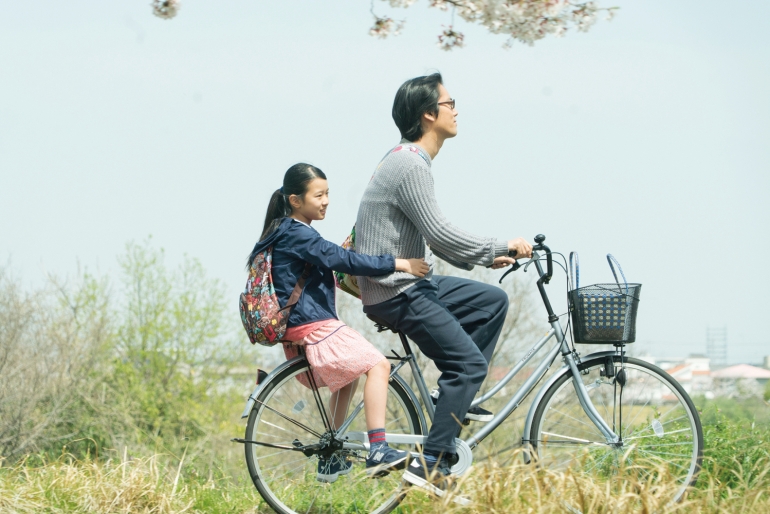 Of course, the film probably wouldn’t work as well if it wasn’t for its three leads: Toma Ikuta (Rinko), Kenta Kiritani (Makio), and Rinka Kakihara (Tomo). It’s their chemistry that makes the family dynamic so convincing, especially thanks to Ikuta and Kakihara’s moving mother-daughter relationship. Kiritani is the rock that supports them through all of it, but its Kakihara that’s the most impressive. For this to be her debut role is surprising, given how well she conveys her character’s emotions and how natural of an actor she is. If her performance is anything to go by, she will be a big name in the future for sure. The film also depended largely on Ikuta’s take on Rinko, and boy does he deliver. He presents her as a natural woman, a fully-realised character who’s gentle and kind. This is very important for the film’s intended message, and Ikuta certainly proves his versatility as an actor with this role. 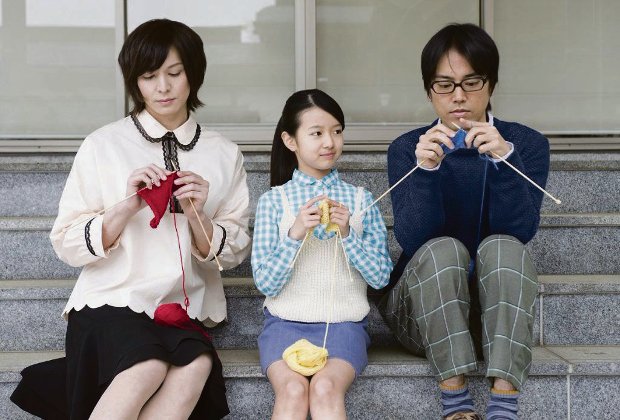 Naoko Ogigami’s drama is so very important for our time, especially when it comes to the acceptance of the LGBT community in Japan. Turn on a Japanese variety show and you’re bound to find a transgender comedian putting on a show to the joy of many across the country, but look at society in general and it’s a whole different story. On the surface the LGBT community is accepted, but in everyday life it is much more difficult for people to come out in Japan.

It’s hard for them to be accepted, and some people are so conservative that they wouldn’t even want their neighbour, let alone a family member, come out as gay or transgender. It’s hard for them to live openly, so how could they even consider raising a family of their own? That’s why it’s so brilliant that Ogigami can show it’s possible in her heart-warming film. Hopefully people will see Close-Knit and realise that there is nothing wrong with being transgender, they deserve to live their lives just as much as anyone else.