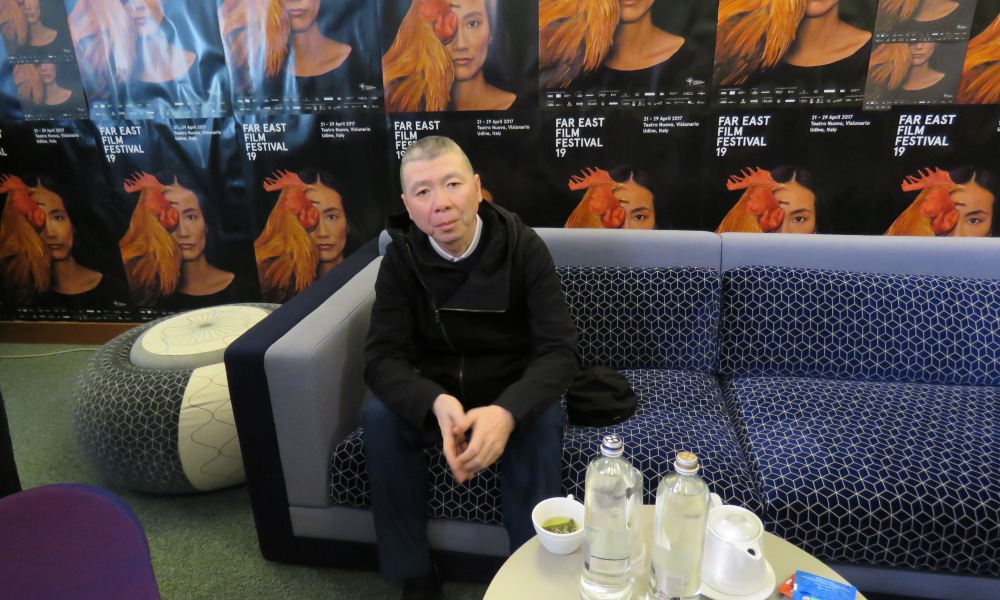 In Conversation with Feng Xiaogang, the director of ‘I Am Not Madame Bovary’

Where to event start with Feng Xiaogang? He is a Chinese director, producer, screenwriter and actor, whose career has spanned for over 30 years. While bravely battling censorship, he has created a number of commercially immensely successful films, such as Be There or Be Square (Bújiàn búsàn, 1998), Cell Phone (Shŏujī, 2003), A World Without Thieves (Tiānxià Wú Zéi, 2004), Assembly (Jí Jié Hào, 2007), Aftershock (Tángshān Dà Dìzhèn, 2010), to just name a few, and the abundance of successful titles was faithfully accompanied with a great number of awards – both domestic and on a global scale, which earned him the nickname “China’s Spielberg”. 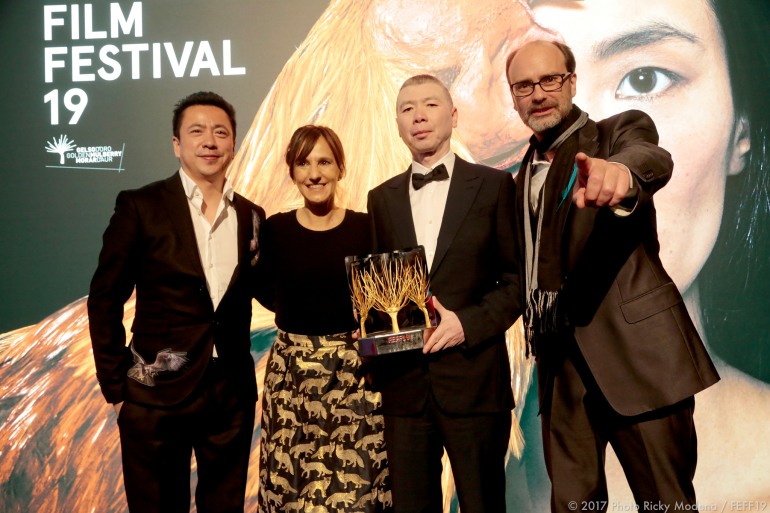 His success continues with his latest film production, I Am Not Madame Bovary (Wǒ Búshì Pān Jīnlián, 2016); it won the Golden Horse for Best Feature Film at the Taiwanese 53rd Golden Horse Awards in Taiwan; the Golden Shell for Best Film at the 64th San Sebastian Film Festival in Spain; the FIPRESCI Special Presentations award at the 41st annual Toronto International Film Festival; and the Best Film award at the 11th Asian Film Awards in Hong Kong. I Am Not Madame Bovary was screened also during this year’s Udine Far East Film Festival, which Feng Xiaogang has already visited a few times in the previous years; given his long, successful and truly influential career, FEFF deservedly presented him with the Golden Mulberry lifetime achievement award. 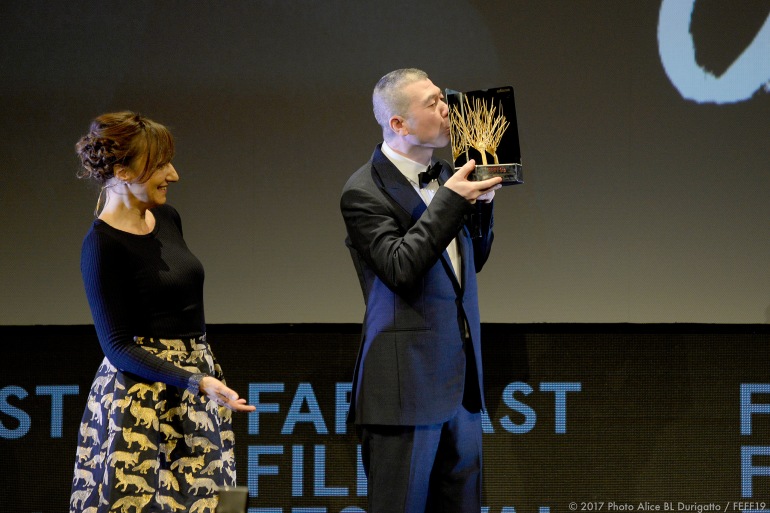 It is rare that such a distinguished director is available for a non-panel interview, especially during a very hectic festival schedule, which is why we are especially grateful that he took some precious time to answer a few of our questions.

View of the Arts: Regarding your latest film, I Am Not Madame Bovary – it has a lot of depth, but it takes time to peel all of the layers down; what is the main message that you wanted to convey?

Actually, this is a small story that I wanted to tell about the protagonist, Li Xuelian, who’s filing for a divorce. But why does this small thing snowball into a big incident, a big thing? It is a very Chinese story and it could only happen under Chinese context. It could never happen in countries such as DPRK, which is a very highly centralized country, or it could not happen in some very democratic country.

Qui si parla di cinema & Fuori Aula Network: Since the film focused on the relation between a single Chinese citizen and the bureaucracy, was there any censorship involved in the process?

Of course we faced issues like censorship or regulatory issues. And that is why a lot of directors don’t put their hands on such topics; they don’t want to find themselves in this kind of trouble. But those opinions that we cannot lose, the power of discourse, in terms of depicting a history – a certain kind of history – within the scope of China. Of course, Mr. Lin Zhenyun applied a very humorous way to write such a story; this mediates, or relieves, such tension. So the people who are in charge of censorship were less nervous about the topic. 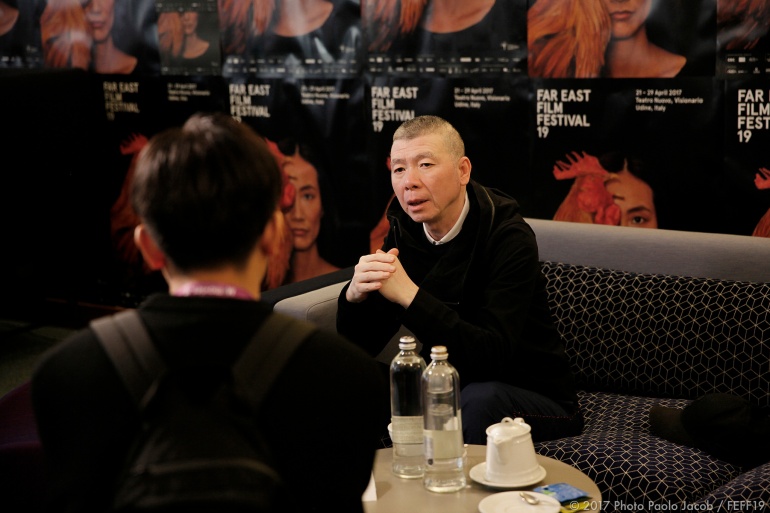 Qui si parla di cinema & Fuori Aula Network: How did the use of close-up, the circle frames, and square frames interact with the story and reflect the development of the main character and is there a relation between the Chinese bureaucracy and the use of the same frames?

One of the reasons for the visual manifestation is that because this is a very Chinese story, I wanted to find shooting locations that were very Chinese to shoot the film. I used different frames for different locations within the frame as a manifestation of Chinese aesthetics. The second reason is because of the author of the novel – he wrote this story about a person trapped in a very difficult situation, who is in a dilemma on how to solve a situation; most authors, when writing such story, would use a sad tone, but this author used a very humorous tone to tell the story. So I used the round frame to also help the story manifest in a humorous way.

FEFF Campus (Paige): Nowadays, there are more China-Hollywood co-productions and so far a number of these films have been critically panned and commercially unsuccessful in other, non-Chinese markets. What is your view on this?

Qui si parla di cinema & Fuori Aula Network: In the last few years, we’ve also seen many Chinese films screened in Italian cinemas – also European, or rather Western cinemas. Do you believe that Chinese films that are exported need to have a special style?

I believe that all directors wish that their films would be seen by all audiences, at home and abroad. But we shall not cater to special audience by cutting into the depth of the films; we should maintain it.

For example in terms of translation, no matter how good a translator is, when you translate a line for the international audience, I believe that it loses 50% of the original language, meaning and context. This especially holds for humorous parts. So when the director is creating the title of the film, they might choose one that makes it easier for the translator to translate it. But this might make the lines of the dialogue and the story become more superficial. I don’t believe that this is a good method. Because we cannot do this for the sole purpose of making translation easier for the international audience, making it lose depth in the process. 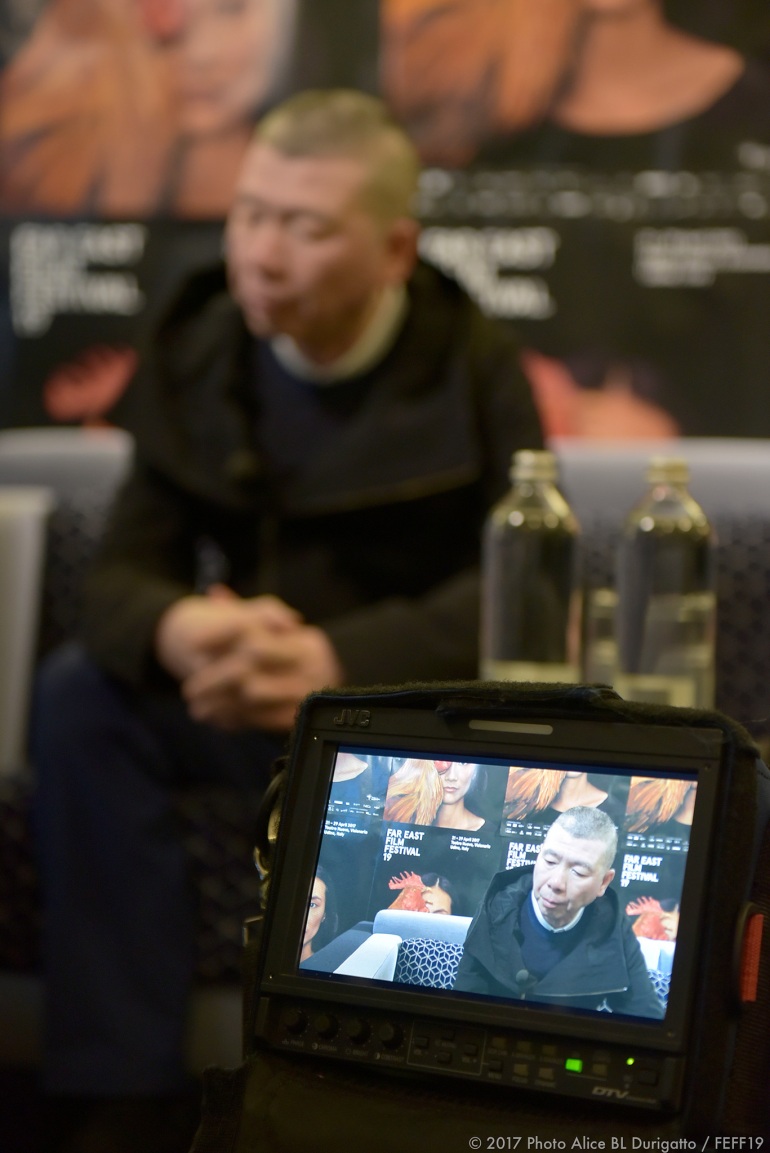 View of the Arts: In the past years, you have created many films that focused on an underlining note of humanity – what kinds of projects catch your eye? What kind of stories do you wish to tell the most?

The topic has to be closely related to the development of Chinese society. Because China is a country with thousands of years of history, but in an international context, it is still a baby country; China has only opened itself since 1976. So before that year, China has seen a very slow development in terms of history, but after that, China has seen a booming growth, both domestically and abroad. So the changes we have seen in the past 40 years are very prominent and significant. The 40 years also mark my own growth. As a director, I witnessed the social development of China in the past four decades. In these four decades, many sorts of conflict broke out, such as the conflict between old things and new things, Chinese things and Western things. With such context, we get to see a lot of absurd things, or unbelievable things. And these appeal to me very much; I find these very interesting.

Primorski dnevnik: I read that thanks to your commercially successful career, you had a chance to challenge the censorship in some ways. You could express your opinion without getting punished, while other, less successful, directors did not have this chance and some would get banned; for example if a Hong Kong director says something inappropriate, he would get banned on the mainland. All of the things you’ve seen, what has changed in terms of censorship, thanks to you?

FEFF Campus (Paige): You have done commercially successful comedies and action films and dramas – are there any topics that you wish to explore more?

I don’t know why myself, but in the past, I took a completely opposite path from other Chinese directors. While others were directing more art-house dramas and films, I was thinking that we are losing audience, less people went to the theatre to watch films, so I felt like I should create some commercial titles, to draw the audience back to the theatres. But later on, when the Chinese market was booming, and all of the other directors were doing commercial titles, I felt like it was time for me to create some radically more art-house or dramatic films. In the past, I created a lot of commercial films that were more entertaining, and the audience liked those films a lot. Now that I’m doing radically more serious, and creating more art-house titles, the audience also likes these works – this is why I am very grateful to my audience. 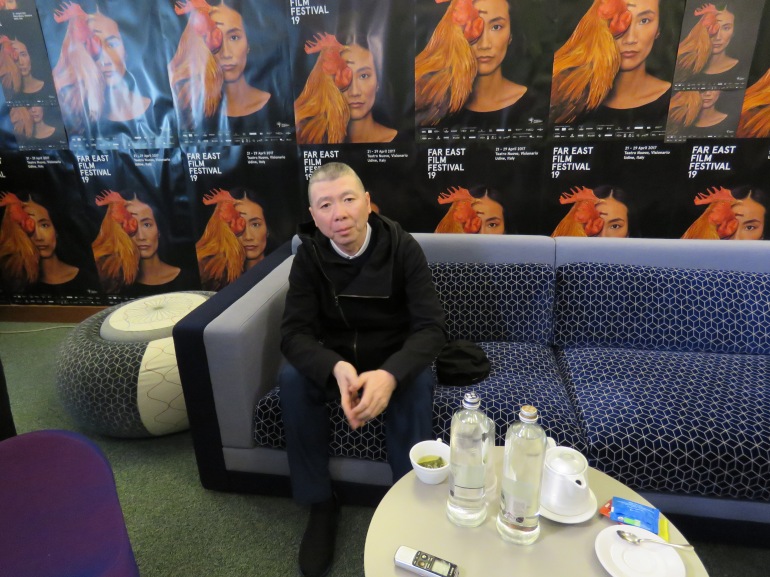 Written and edited by Sanja Struna

All other photos courtesy of Udine Far East Film Festival