“I would rather talk to animals than to people,” exclaims Koen – pigs, piglets, chickens, roosters… in the eyes of the boy, they are all his true friends. Koen, Sven, Daan and Jeanin live on different farms somewhere in The Netherlands, they go about their lives while helping their families with basic chores on the land and attend their local school. Each of the kids has different dreams and desires for the future, and not all of them wish to be stuck in the middle of nowhere and ‘milk cows’ forever.

Janet van den Brand, the documentary director, followed the youngsters for a year and a half and chronicled their lives in the course of 4 seasons. Through beautiful game of colours, sound and camera close-ups, the filmmaker takes the audience on a voyage along with the children.

The film opens with a candid scene of a pig giving birth to numerous piglets. To some viewers, the scene might be slightly nauseating; to others, a miracle of nature. Koen is attached to his animals and he finds it arduous to cope with losing them to a slaughter house; is this what kids should experience in their life? The isolation and the loss of a living being? Are they, by letting them experience the true farmer’s life, pushed to enter the adult world too early? To some of the other kids, slaughtering a rooster is a normal chore, they feel no hesitation or grief  over it… Through these experiences, the protagonists show their intimate relation with nature as well; it might not always be pleasant, but it is what it is. While one of the boys wants to travel to New Zealand one day, Jeanin enjoys her daily hang-outs with her girl-friends and does – what most of the girls do at her age – manicure for fun…

Undoubtedly, one of the strongest points of the film is the cinematography by Timothy Josha Wennekes; he captured the smallest details of the farm’s life beautifully. The cinematography is well accompanied by the spotless sound design by Michel Coquette – even the minuscule noise is perfectly encapsulated.

Ceres isn’t a traditional, but a creative documentary. With agriculture depicted as a divinity, whispering poems about spring, Janet van den Brand drew an exceptionally profound picture of the four young kids’ lives. It might not be to everyone’s taste as it is difficult to stay focused at times, but I found it to be a bizarre, yet a wonderful experience.

The film had its world premiere at this year’s Berlinale and was shown in Generation section. 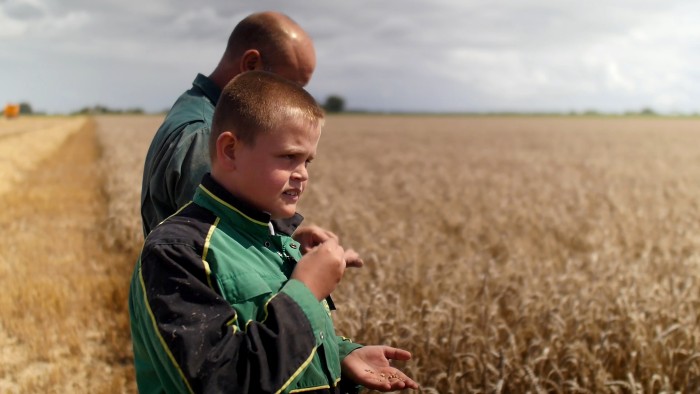