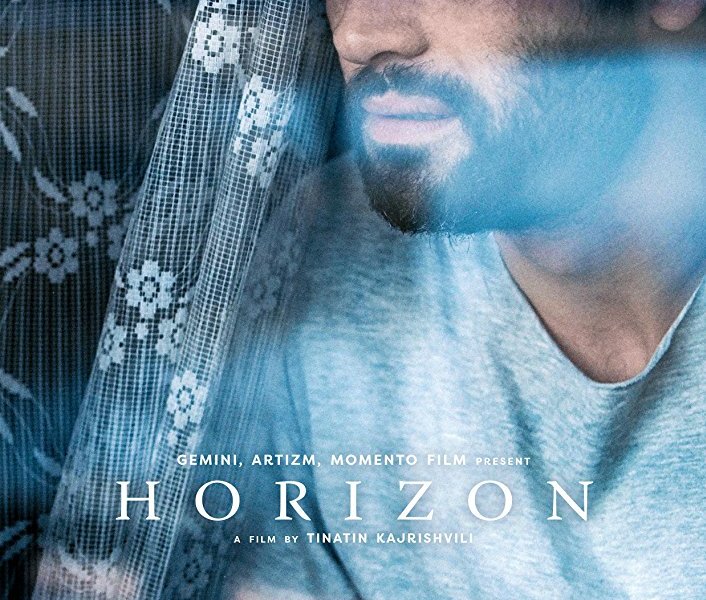 After her feature debut Brides, which won the Panorama Audience award at the 64th Berlinale, Georgian filmmaker Tinatin Kajrishvili returns with another drama that delves into intimate human relationships – Horizon (Horizonti), which had its world premiere last week in the Panorama section of the 68th Berlin International Film Festival. 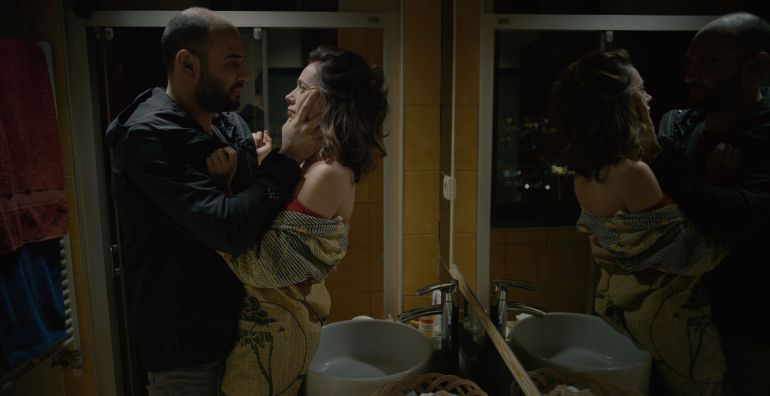 Giorgi (George Bochorishvili), known to his friends and family as ‘Gio’, is a 40-something designer whose life suddenly took a turn for worse. He suddenly moves from the Georgian capital Tbilisi and into a run-down little house that he rented from a friend, in a remote island village, which only has a handful occupants and where even the local graveyard is nothing but a patch in the swamp. Through his flashbacks, we learn that Gio’s marriage fell apart and that he has trouble letting go – unlike his wife Ana (Ia Sukhitashvili), who broke them off in the first place and is now already dating someone new, a slick city suit that seems to be in a stark contrast to Gio himself. 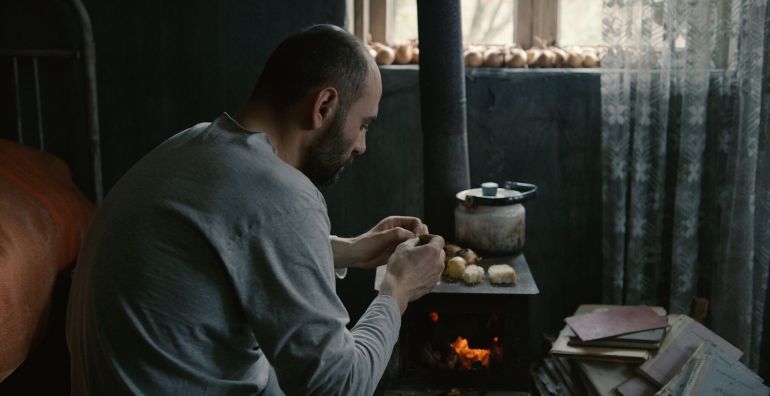 Perhaps this is part of the reason why he ‘banishes’ himself from the society; the village that Gio moved appears to be a place for people who have nowhere else to go, and duck hunting and fishing seem to be the only things to do to occupy one’s mind. The locals, albeit careful, seem to be willing to let Gio join their family-like community of outcasts, but he is in so much pain, he is not capable of forging new relationships properly. Not only that, but the clouds of depression, looming over Gio’s head, grow darker with each passing day, the inner storm made worse after he meets with Ana, naively believing that she sought him out to make amends, while in fact she shows up in person to let him know that she will remarry.

The story explores the grief that follows a breakup, and does so at a very slow pace. But that does not mean that it lacks bite; far from it. As much as it is simple in its structure, it builds upon itself, deepening the feelings of despair, all the way to what seems to have been the inevitable ending from the start – and yet, plenty unanswered questions appear right there at the end, in a twist that makes the viewers question which side of the story they were just presented.

The performance of the two leads is very natural and not at all embellished, but what really steals the attention is the perfect setting. From the small apartment in Tbilisi, we are taken to the small swamp village on Lake Paliastomi, which connects to Georgia’s Black Sea coast via a narrow channel. The village is almost barren of life, and the incredible landscape is doused in hues of gray that are in perfect harmony with the emotions, invoked by the story – and ultimately, the frost and the snow and the ice are the nature’s way of conveying the destructive power of bone-deep grief that freezes out all other emotions. The credit for the incredible visual power of the film goes to the cinematographer and editor Irakli Akhalkatsi, who managed to not only use the natural elements themselves, but utilized also fire to bring about some scene-stealing cinematography. 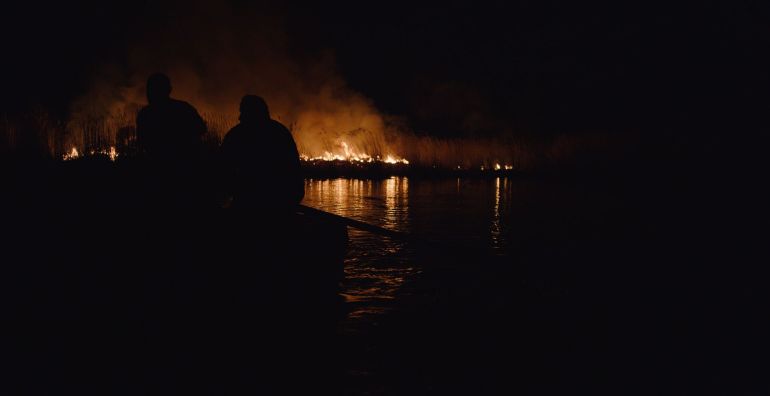 Horizon could have been just another post-break-up movie, but Tinatin Kajrishvili, who both directed the film and co-wrote it with David Chubinishvili, together with her talented team, managed to air the story enough to keep it from going stale. While the film’s story is ultimately too heavy for it to achieve proper commercial success, Horizon is the perfect festival film. Not only that; the film, which was co-financed by Georgian National Film Center and the Swedish Film Institute, serves to bring some well-deserved attention to Georgian cinema.