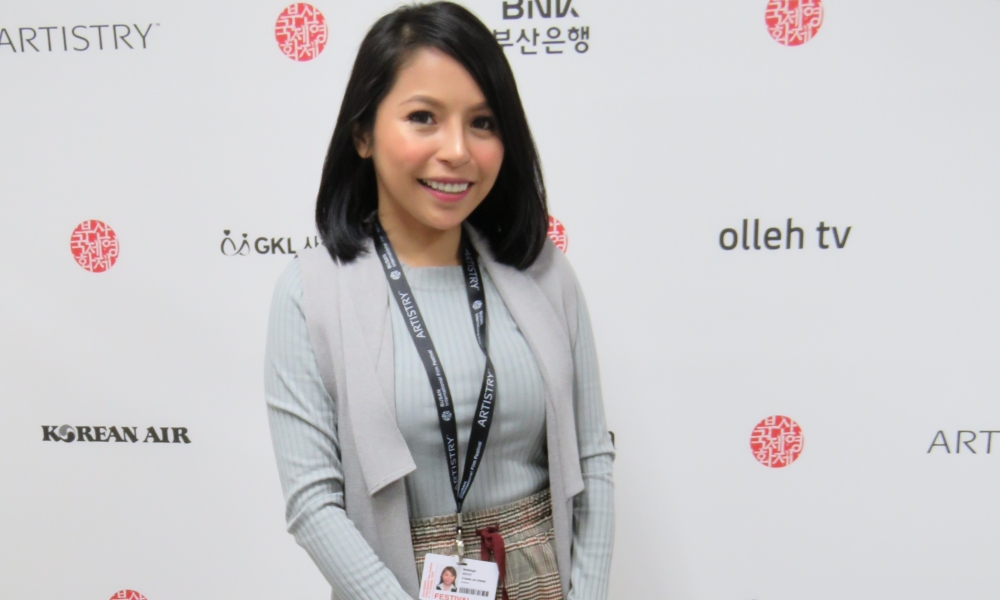 Natileigh – Nats – Sitoy is a Cebuana actress who has been busy making a name for herself as an indie actress in the Philippines. After she won Best Supporting Actress role at Cinema One Originals for  her role in Lily, she appeared in Bagahe (2017), in Brillante Mendoza’s Netflix series Amo (2018) and in Pinay Beauty (2018).

Even though she appears to be busy, Nats seriously considered quitting her career when she got a phone call that changed everything – and she became the first ever Filipino actress who acted in a leading role in a manga-based Japanese film, the live-action adaptation of Hideki Arai ‘s manga Come on Irene, directed by Keisuke Yoshida.

We caught up with Nats during her busy schedule of being one of the guest stars of the 23rd Busan International Film festival. It turned out that her personality is not far from the film’s Irene – Nats is a cheerful person, full of charm, and a true joy to talk to.

You are the first Filipino actress to take a lead role in a manga-based Japanese movie – how does that make you feel?

It’s not yet inside my head. At least it wasn’t until it was shown here, in Busan. There were a lot of different foreign people who watched the film here, so… It feels good, and at the same time, it’s very surreal. I can’t really explain – I’m very happy and I feel so blessed to be the first ever Filipina to be cast as a lead.

How did it come about? Can you tell us a bit more about the entire process?

Well, we had two sets of auditions. The first audition was with the Filipino producer, Bianca Balbuena, and the crew shot a video of us; for the second audition, the call-back, the Japanese crew was already there in the Philippines. The number of the girls who auditioned got cut in half for the second round.

And they chose you. Did they tell you why you were the one they saw as Irene?

It’s funny, but the director told me that the first time I walked through the door, they said I was the girl. They said I have semblance to the manga Irene, physical resemblance. When I auditioned, I was just this happy, bubbly girl, which is the same as the character of Irene. Maybe they felt we were similar.

Did you read the manga before you auditioned?

No, no, I did not. There was no translation.

Ah… So you haven’t read it to this day?

I have a copy of it, so I had a glimpse of it, but I don’t understand a lot. 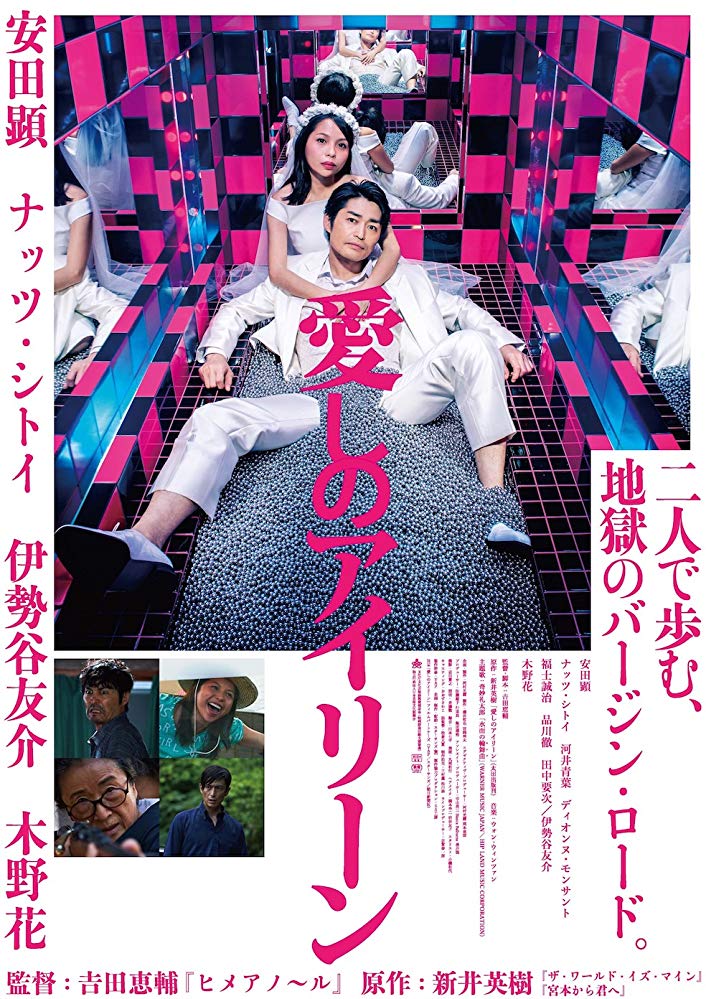 That is actually something I wanted to ask – do you speak any Japanese?

I studied basic Japanese after the summer shoot, because I had many Japanese lines on our winter shoot.

What is your level of Japanese now?

Right, it’s a difficult language. But you come from a country where people speak several different languages – which languages can you speak?

I speak Cebuano and Tagalog.

How did you deal with the language barrier in Japan?

I had a translator with me all throughout the shoot. His name is Hiro, and he interpreted for me every time the director wanted to speak to me or if any of the actors wanted to talk to me, because none of them spoke English.

It must have been difficult.

Yeah, because me and Ken Yasuda… We just used hand gestures, like thumbs up, to signal “good job!” (Laughs)

Besides the language barrier, do you feel there was also a bit of a cultural barrier?

I think the number 1 difference was time… In the Philippines, we have this “Filipino” time. So Filipinos are known to be late. (Laughs) But the Japanese people… They are really strict with time. So I was like, oohhh, I have to be there five minutes early.

Come on Irene turned out to be much more darker than expected. How much of it were you aware of, going into the project?

They gave me the script one month before the filming began, actually. I really studied it, and… It’s a really beautiful film. Some people might not like it, because it’s too dark, but… I locked myself in the house for two days before I went to Japan for the filming, because I really wanted Irene to be there. So I characterized my character, and studied a lot, and did some interviews…

Do you feel you approached it with method acting?

I cannot really say that I’m a method actor. I don’t really use a specific type of acting. I studied different kinds of acting, and I use different kinds for different situations. What I did for this film was study what Irene should look like, what her personality should be. I like to observe people and sometimes I use their traits to build up a character. So I add, and add, and add…

How much do you feel that there was manga’s Irene, the director’s Irene, and your Irene? Did the director give you the space and freedom to add to the character?

The director said that this was the Irene he wanted. And yes, he did. That is what I really love about the director. He gives us the freedom to explore our creativity. Certain other directors tell actors what to do, but he gave us freedom.

The freedom to also do ad-libs?

Yes, as long as the gist was there. 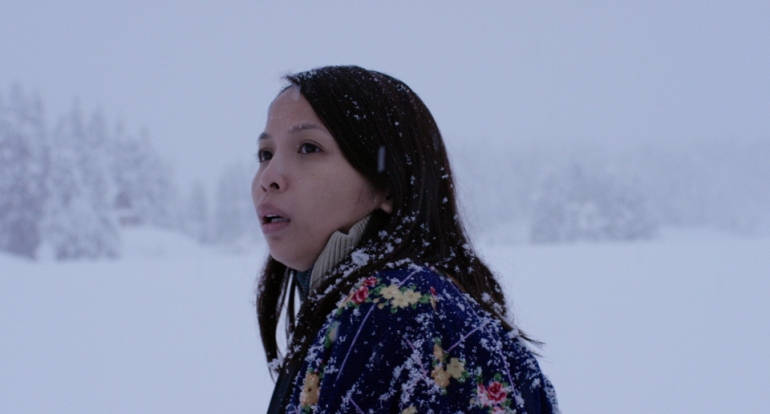 This might be a bit spoiler-ish, but what, in your opinion, happens to Irene at the end of the film?

Well… Irene is the type to follow her heart, no matter how much pain it leads to. For now, it’s up to the viewers to imagine what happens next.

Before this role, you’ve done a lot of work in the indie industry. You even did a Youtube series – you were featured in a video about Super Junior?

Yes! That was recently, last June.

Are you a Super Junior fan?

The readers might not know a lot about Phillipino film industry. What is it like, working in it, especially as a female? What are the main challenges you face?

The competition is very high. I have to be honest, before this movie, I was on the verge of giving up acting. About a month before, I told myself I’m not going to act anymore. And then Bianca called me and said, “Nats, you have to audition.” So to me, this project was like a blessing, saving me from giving up. It’s really difficult in the Philippines, to be an actor… We have all these tall girls – pretty girls – so the competition is very high. Now we have this group in the Philippines, which also supports indie scene in the Philippines, so the situation is getting better. Not yet there, but getting better.

Have you considered entering the Western market?

It’s hard – it’s difficult. Many of us want to, but… I think it’s really difficult to actually do that.

Working in a Japanese movie might open other doors, though.

I really hope so.

And if the doors to Korea open?

Oh god, I would love that.

Is there anyone you would particularly want to work with in Korea?

There is this actor, I was fangirling so hard on the red carpet. I like to watch K-dramas, and when I do, I finish them in a single day… The actor’s name is Nam Joo-hyuk.

You studied filmmaking yourself. Do you feel like moving into that at some point, or is your full focus on acting?

Well, in the future, I want to make short films, but it’s difficult to do acting and filmmaking at the same time. So as of now, this is what I want – I want to focus on acting. 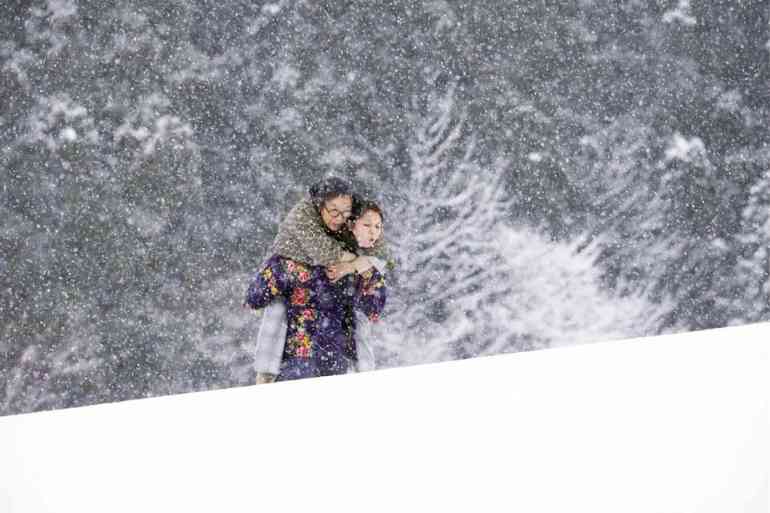 I heard that you actually come from a very political background.

Oh, you did your research! (Laughs)

I did my research. (Laughs) So I just wondered – why acting.

That’s a good answer. But, in all seriousness, it seems to be popular for people go from being in the entertainment industry to going into politics.

And I went the other way around. Actually… To be honest, my family didn’t support me for a very long time, not until my dad was in his last two weeks of his life last year. That was when he told me, “I really like your passion.” Because even when they were against it, I still pushed and told my family that I want to prove that I can do something, that I’m good at something. But not in politics… I wanted to make a name for myself.

And you’re doing that really well. Speaking of which, are you already working on your next project?

I have a digital series coming out. We will start filming when I return to Philippines. And on the 12th , I have a premiere of my new movie in Philippines; it’s a mocumentary.

We’d like to thank the Busan International Film Festival press team for arranging this interview, and Nats Sitoy for taking the time!

All other photos © Star Sands, Inc.