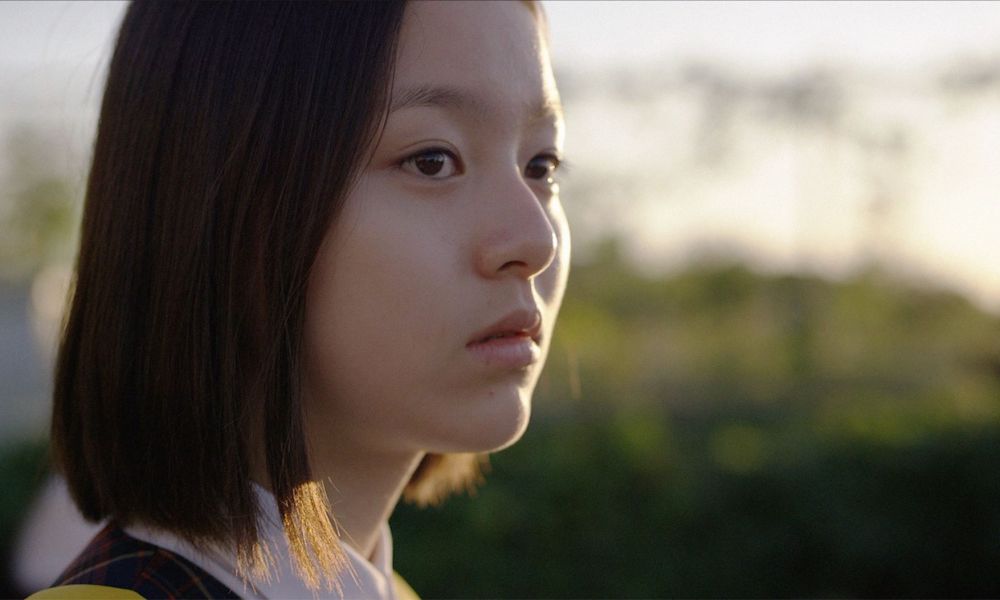 Hummingbirds are the smallest of birds, with their tiny wings flapping away even faster than their heartbeats, unless they experience torpor, a hibernation-like state that hummingbirds use to protect themselves from the cold. Even though they are tiny, they build nests that have been named among the most exquisite wonders of nature.

Much like hummingbirds, there are humans whose heartbeats – their entire existence – seem to be faster, a bit less tangible, a bit more mysterious. To protect themselves from the world’s pain, their hearts sometimes go into torpor; and even though they may seem fragile, they have the talent to channel the beauty and sometimes also the pain of the world that surrounds them.

One such person is Eunhee, a 14-year-old girl in the 1994 South Korea, but the nest that was built for her is far from being perfect. Her father (Jeong Ingi) is loud and causes trouble left and right; her mother (Lee Seungyeon) is the chief breadwinner, who has little energy to spare when she’s not working. Eunhee’s older brother Daehoon (Son Sangyeon) is the family favourite, with his head stuck in the books (when he’s not secretly venting his frustrations on Eunhee) and her older sister Suhee (Bak Suyeon) is busy sneaking around with her boyfriend, perpetually waking up late in the mornings and skipping school more often than not. Having two siblings that take away most of her parents’ positive and negative attention at home, Eunhee tries to find the love that her starved heart needs in other places.

Since she’s an average student at best, Eunhee throws her all into her friendship with Jisuk (Park Saeyun), when she’s not busy discovering her sexuality with a boy from a neighboring school, Jiwan (Jeong Yunseo). After their relationship falls prey to the changing hearts of youth, Eunhee opens her heart again, to a girl who is a year younger, but bravely approaches her as a potential love interest – Yuri (Seol Hyein). As Eunhee goes through all of the family-related turmoil, a major health scare that for a second grants her attention of her family, and the ups and downs of growing up, including betrayals of people she deemed to be the closest to her, she finds an understanding mind – and eventually heart – in her older tutor, Kim Youngji (Kim Saebyuk). But even as things take a breather and Eunhee begins to build a gentle nest of her own within her heart, with seeds that are about to flower, fate takes another turn to test what she has learned about life, its meaning and the ways to deal so far. Being young, as well as life in general, is far from being easy, after all.

It is amazing how much content, and how much well-balanced feeling Kim Bora‘s debut feature has to offer. The wonderful performance by Park Jihu puts us squarely into her character’s world, with her feelings in perfect accordance with camera movement (cinematography by Kang Gookhyun) and musical accompaniment (music score by Matija Strniša), taking us from warm, gentle overall tones, through the tumultuous events, all the way to the third act, where fate reminds Eunhee that her own world is a part of a larger existence, with fate as a harsh mistress. The chemistry between the characters, with a cast that did a wonderful job, moves from being awkward to tense, and from channeling raw vulnerability to being glowingly warm, bringing layer upon layer of beliveabilty to the story. The only weak spot of film would be a few rough edges – a few passages between scenes that still need a bit of  polishing (not a surprise given that this is a low-budget indie production), but they go by almost unnoticed as we find ourselves utterly immersed in the story.

Another thing that is also wonderful about House of Hummingbird is the complete absence of drama surrounding the sexual openness of Eunhee’s character. Just like the central character, the narrative itself does not enforce any kind of judgement, gently building a realistic and honest portrayal of a coming-of-age story for a teen who just happens to be bisexual – a major step in the right direction for the still conservative Korean society/film industry.

The competition in the New Currents section was brutal this year, but the film spoke to the audience, bringing the film to win KNN Audience Award and also the NETPAC (Network for the Promotion of Asian Cinema) Award. Given its honesty and the sheer beauty of the story, the film is destined to win many more awards and is an absolute must-see of South Korean cinema.