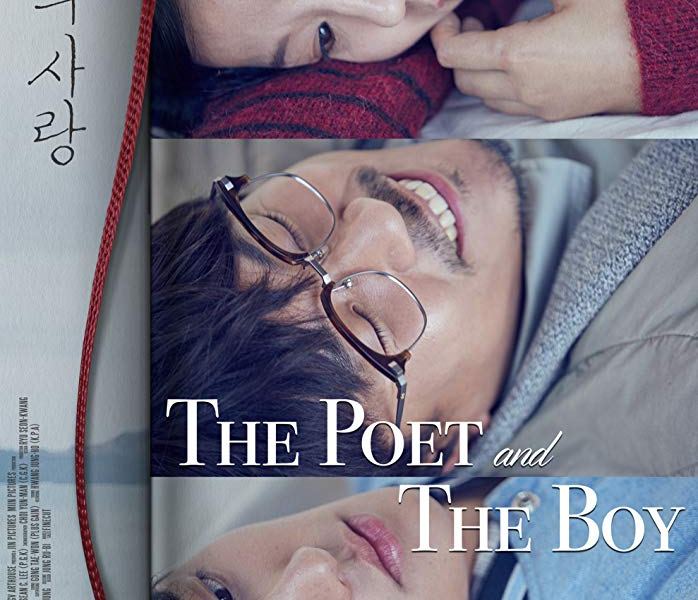 The Poet and the Boy (Si-e-nui a-rang) is the feature debut for Kim Yang-hee; it premiered at Jeonju International film festival in 2017, and made its way to London Korean Film Festival this fall. The film stars South Korean actor and filmmaker Yang Ik-june, who is best known for his debut film, which he both wrote and directed, and which won several awards both at home and abroad – Breathless (2009). But unlike the violent gangster he portrayed in his debut feature, in The Poet and the Boy, his character is a 30-something, chubby poet who lacks spine and any proper drive, until he finds his muse in a teenage boy. 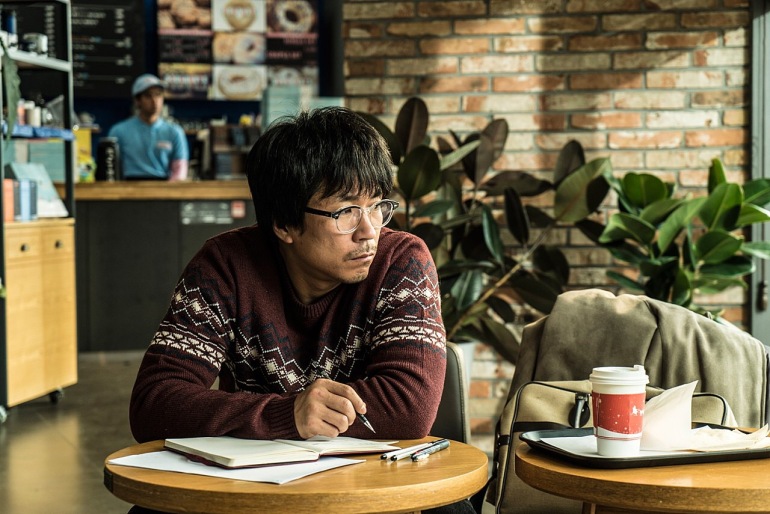 Hyon Taek-gi (Yang Ik-june) is a man who seems to spend more of his time in a dreamland than in real life. He is married and works part time as a teacher, when he’s not busy gazing into the world, only to draw out his dreamy observations into poems. They are full of beautiful expressions, but lack proper depth and passion; something the other members of his poetry society point out at any given opportunity. In many ways, Taek-gi floats through life with a lot of innocence, while any change of his life’s direction seems to be in the hands of his decisive wife (Jeon Hye-jin), and she seems to be clear which turn their life should take next: she wants them to have a child. 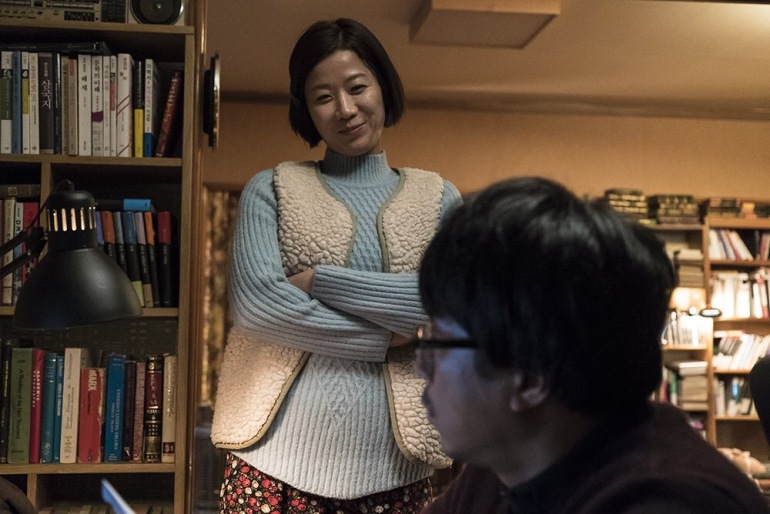 Even though Taek-gi seems to be less than eager, and their sexual life is something of a nuisance from his point of view, he still lets himself get dragged along – first in the bedroom, and after a lack of results, to the hospital for a medical checkup. With a chuckle-ridden diagnosis (than screams for more professional behaviour from the doctor) we learn that Taek-gi’s sperm is much like the man himself – barely there, and showing almost no signs of proper life. While he begrudgingly makes the trips with the paper cup into the hospital room-that-must-not-be-named, his libido suddenly spikes through an unexpected source; Taek-gi’s focus suddenly fixes on the boy who sells doughnuts in the newly opened shop across the street from his home.

When he witnesses the boy, Seyun (Jung Ga-ram), in a hot make-out session with his girlfriend, Taek-gi comes alive, in more ways than one. While he is at first supremely confused at the attraction he feels for another male, he still finds ways to practically stalk the boy, until fate has its way and the two make contact. As Taek-gi realizes just how hard life is for the boy, just how much he needs at least one person to support him in the world, and how much Taek-gi wants to be that person for Seyun… his wife finally becomes pregnant, and suddenly, Taek-gi has a hard choice to make.

There are many things The Poet and the Boy did right. The relationship between Taek-gi and his wife is refreshingly honest for most of the time, and they openly discuss several issues that would usually get heavily oiled-up to help the audience swallow. The cast must be complimented for their great work – given his past roles, Yang Ik-june in almost completely unrecognizable as Taek-gi and really channels the character with perfection, while Jeon Hye-jin wonderfully delivers her performance as his decisive, but still very approachable wife. Jung Ga-ram, the youngest member of the core character triangle, also puts on a performance full of passion and feeling, the kind that shows a lot of promise; there is no surprise that his career is taking off – in 2018, he landed a more visible role in the mainstream hit thriller Believer.

What does bring the overall quality of the film down some is, unfortunately, its ending. For the most of the film, director Kim Yang-hee successfully sails through the narrative without making decisive choices that would anchor it as a homosexual romance, a family drama, or a story about loneliness and lack of inspiration, then inspiration regained – but sail as it may, the ship has to land somewhere. However, when the time comes, instead of going left, right or all of the above, the rushed pacing, along with a touch of predictability, make the ending feel somewhat empty, and oddly disappointing. Still, the film is worth a watch, and Kim Yang-hee shows a lot of promise as she joins the (thankfully) growing ranks of female South Korean filmmakers.