The attempts to translate Haruki Murakami‘s prose into the cinematic language have so far mostly ended in spectacular disasters, or – in the best case – garnered mixed reviews, probably due to the specific style of the writer. But the fates have changed when Lee Chang-dong, the director of Poetry and Peppermint Candy, returned after 6 years of hiatus with Burning – a loose adaptation of Murakami’s story Barn Burning. The director moved the action to his native South Korea and synthesized the characters of Japanese story with the ones of William Faulkner’s short tale under the same title. Ultimately, Lee Chang-dong created an original, deep and complex psychological picture of three individuals.

Jong-soo (Yoo Ah-in: Veteran, The Throne) has just graduated after majoring in creative writing. In Paju, he tries to keep odd jobs while writing a novel in his spare time. One day, while making a delivery, he meets a hostess, Shin Hae-mi (Jun Jong-seo). The young woman implies that she used to be his childhood friend and boldly admits that she once loved him. They start an intimate relationship; however, shortly after, Hae-mi leaves for Africa in search of what she calls the ‘Great Hunger’; before travelling to Nairobi, she asks Jong-soo to look after her cat. She returns a few weeks later, but with Ben in tow (Steven Yeun: The Walking Dead, Okja) – a mysterious man, not much older than her and Jong-soo. An emotional love triangle is created among the three, bursting with subcutaneous classic tension. 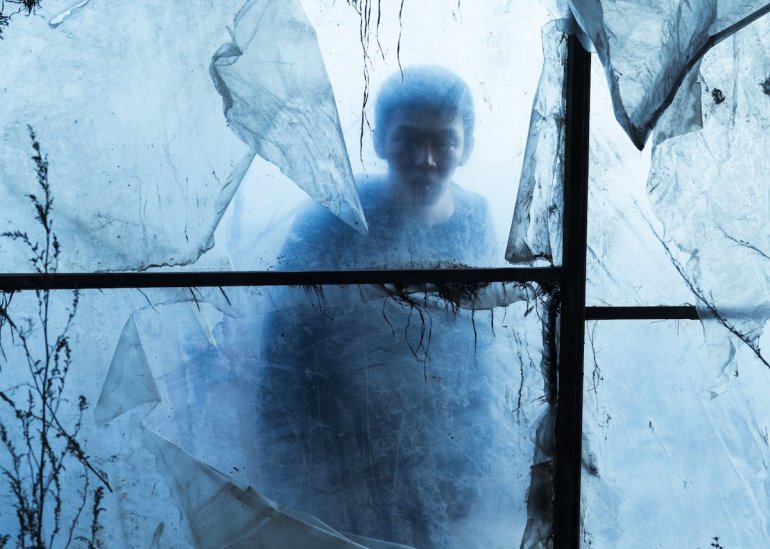 Jong-soo’s father is in custody for violent behaviour, his mother disappeared when he was still a young boy; and now, he has to look after his father’s run-down farm, which is so close to the North Korean border that propaganda messages are heard from the distance. In the fight for Hae-mi, he does not stand a chance against Ben, an athletic and good-looking guy, who lives in the rich district of Gangnam and drives a Porsche. Nevertheless, Hae-mi and Ben insist on keeping his company. Jong-soo finds interest in Faulkner’ and Fitzgerald’s books, and while being surrounded by the richness of Ben’s world, he begins to feel as if he was in the story of Great Gatsby – with his arrogant, bizarre yet friendly manners, Ben perfectly channels Gatsby’s character. Regardless of the situation, Ben supports the young man’s writing and also reveals his secret to Jong-soo – he likes to burn greenhouses down when he gets bored. As Jong-soo slowly uncovers the true face behind Ben’s persona and the truth behind his barn-burning, the events that follow shock Jong-soo himself.

Lee Chang-dong created an absorbing blend of thriller and drama between the three characters, portrayed by sublime actors: Yoo Ah-in, Steven Yeun and Jun Jong-seo. There is not much to say here; all of them delivered Oscar-worthy performances.

Lee’s script is polished, but still leaves plenty of space for the audience’s own interpretation of the story. Even the philosophy of Hae-mi’s pantomime leaves much to explore; according to it, we should not remember that something has to exist; we must forget that it does not exist. It intricately erases the truth between objective reality and what we perceive as reality.

The uneven pace of the film might frustrate some. The work remains unhurried and contemplative for most of the time, but sometimes, out of nowhere, it seems like it is breaking into a gallop. Lee uses the slow pace on purpose; he cautiously saturates the background with suggestive tropes, props, and scenes that find its meaning by the end of the film – a bag with knives found by the boy at home, the mysterious phone-calls that Jong-soo receives at night, and the drawer in Ben’s apartment full of women’s accessories. Each of these elements can be crucial, and is crucial; thanks to the unhurried pace of the film, there is no impression of the narrative being overcrowded. The threads slowly build up, the atmosphere thickens discreetly until it is so tight that it leaves the audience breathless.

Lee Chang-dong adapted the Japanese story to a certain level and cleverly supported it by using the American classics literature, known to many – then applied it to become  a social manifesto against the injustices of contemporary Korean society, making Burning an excellent film on many levels; one of them is a cinematic slow-burner which shows how certain situations in life dictate our future actions.