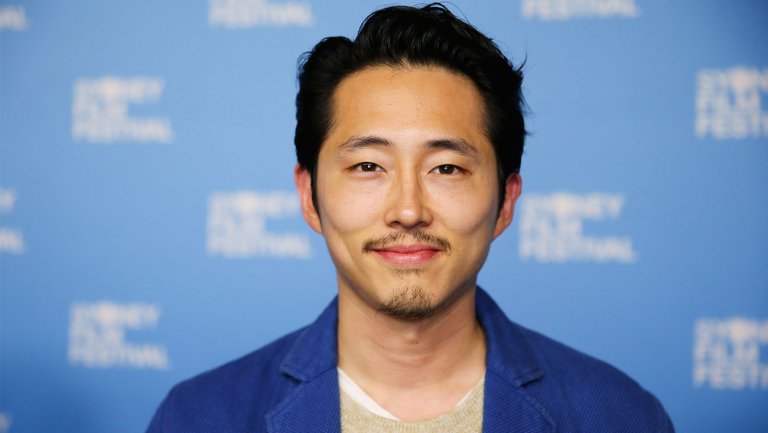 In Conversation with Steven Yeun of ‘Burning’

Steven Yeun greets me with a big smile and a warm handshake as we meet at the Mayfair hotel in London on a cold October morning. We sit down and chat about what it means to be a Korean-American, his latest production Burning, and working with Lee Chang-dong.

Born in Seoul, South Korea and raised in Michigan, USA, Steven has quickly become a household name in Hollywood. He first made his mark as Glenn Rhee in zombie drama The Walking Dead, one of the original characters in the show, whose death at the start of season seven shocked viewers to the core around the world. After departing from the AMC show, he swiftly began taking his career down a different path by starring in Joe Lynch’s underdog film Mayhem and then in Bong Joon-ho’s Okja.

It was in 2018 that he truly came into his own, as he was cast in even more successful productions. He appeared in Sorry to Bother You, an ingenious film by Boots Riley, and Burning by Lee Chang-dong, a cinematic slow-burner, in which Yeun portrays ambiguous psychopath Ben opposite Yoo Ah-in’s Lee Jong-su and Jeon Jong-seo’s Shin Hae-mi.

“[It] was pretty meta experience” the actor says of his role in Okja, in which he plays a Korean-American. During production, Steven was required to live in South Korea for two months while filming the Netflix film, where he didn’t have any issues as half of the crew and cast spoke English. But, for Burning, he was required to stay there for five months and he had a very different experience. 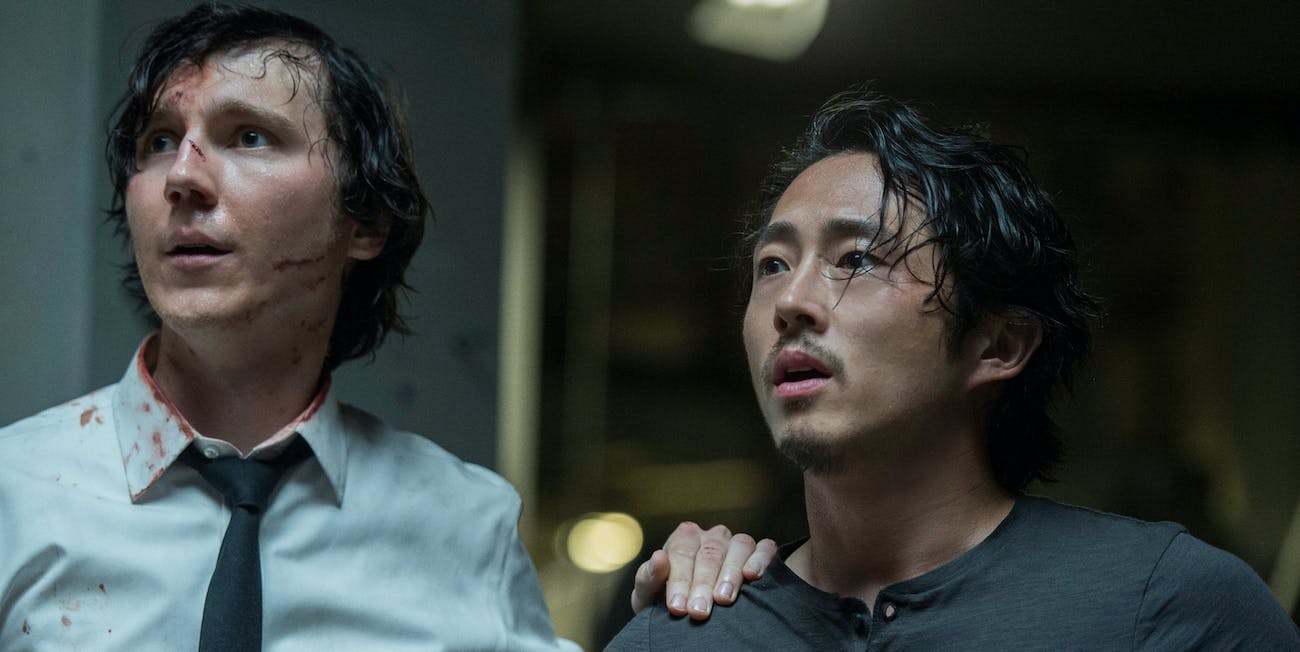 Being of Korean origin and being born in the country doesn’t make you Korean, he explains: “When I was shooting this film I was very much immersed in being Korean, I was born there, but I have been gone for so long that I can’t really claim to know the true feeling of what it’s like be there and be that person.”

Soon things changed, the need to adjust to a new culture came with the feeling of being out of place, and a sense of loneliness, which Steven quickly became aware. “When you step out you are made aware the things you don’t know, or by the missteps that you might take culturally to be like ‘oh I thought I was Korean, but it turns out that I am not fully.’

“That was tough, I was bummed about that. I was aware of my loneliness while in Korea. It was tough to swallow, but also beautiful and honest, I found strength in it as well,” he admits with a smile. 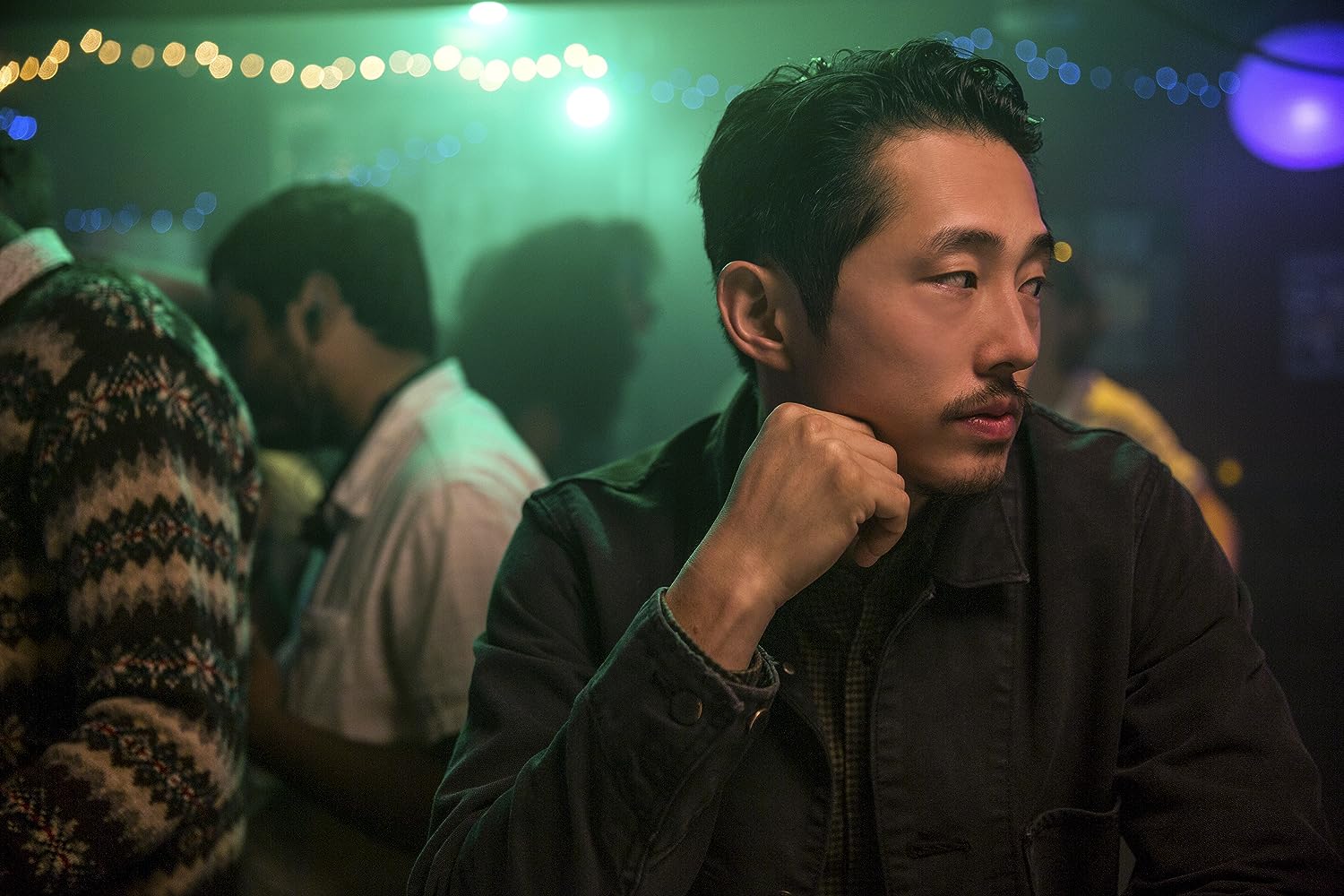 While, when it came to the difference between filming in the USA and Korea, Steven admits that there isn’t much of a difference between the two, as he begins discussing his experience with his latest US production Sorry to Bother You by Boots Riley: “I guess, I haven’t really had much chance to work in a Korean film.

“Okja was a co-production, and it felt very American to me because of how it was run. It was half Korean, half American, and during the filming, it made me aware that I didn’t really belong anywhere at that time.” Steven says, with a huge smile on his face.

He goes on to talk about Lee Chang-dong, admitting he is a unique filmmaker as he explains: “he is his own artist, he’d speak of the groundwork and framework of Korean films as he is Korean, but the way we approached the work felt very universal.”

“Director Bong and Lee, and Boots Riley, are artists, unique individuals, and as an actor you just participate in their art.” Steven adds.

Sorry to Bother You is a startlingly original film from Riley, and also his directorial debut, that gives viewers a staggering feeling while watching it. It’s an ambitious production filled with ideas, “cultural barbs” and narrative twists. For Steven, working with the filmmaker was a blessing: “I think, when you work with a director who has a clear point of view on what they want to do, what they want to make, you as an actor, feel so free because then you are hired to do that, hired to fulfill that vision, and get the freedom while doing it’s amazing. Boots gave me that freedom.”

Even while working with directors Bong and Lee, he felt the same: “Bong gave me that freedom, I never felt collapsed or stuck, or that I couldn’t reach or stretch out any further. With the creative freedom, that was really fun to work with. Director Lee did the same, he said ‘you are Ben, do as Ben does and I will direct you’. Director Lee didn’t try to silence my Americanism, that being said, he made sure that when it comes to my Korean side, my Korean had to be exact and on point.”

2018 was a very productive for Steven, particularly when it came to the work he did for Burning. Preparing for the film was a challenge on its own, as Steven had to learn Korean fluently and create Ben’s persona on his own: “I read the short story Barn Burning, that was when the character really clicked with me, before I even spoke to director Lee. I got a sense of emptiness that purveyed throughout Ben’s character.

“In some ways I connected to that, I had important moments of my own during that time, I was having this transition into being a father, I was leaving a big show (The Walking Dead), turning 30, [I had] all this existential angst – so yeah, there are some connections that I made there [with Ben].”

The actor dug deeper into various philosophy books, and he admits: “[that’s when] the character really opened up for me. I was reading certain plays etc, [and] in the script it’s mentioned that Ben is a fan of Nietzsche, so I read through Zarathustra. He mentions that, but I didn’t think I could talk about those books without sounding pretentious (laughs), it was just what Ben was into, and reading those books helped me to dive deep into his character.” 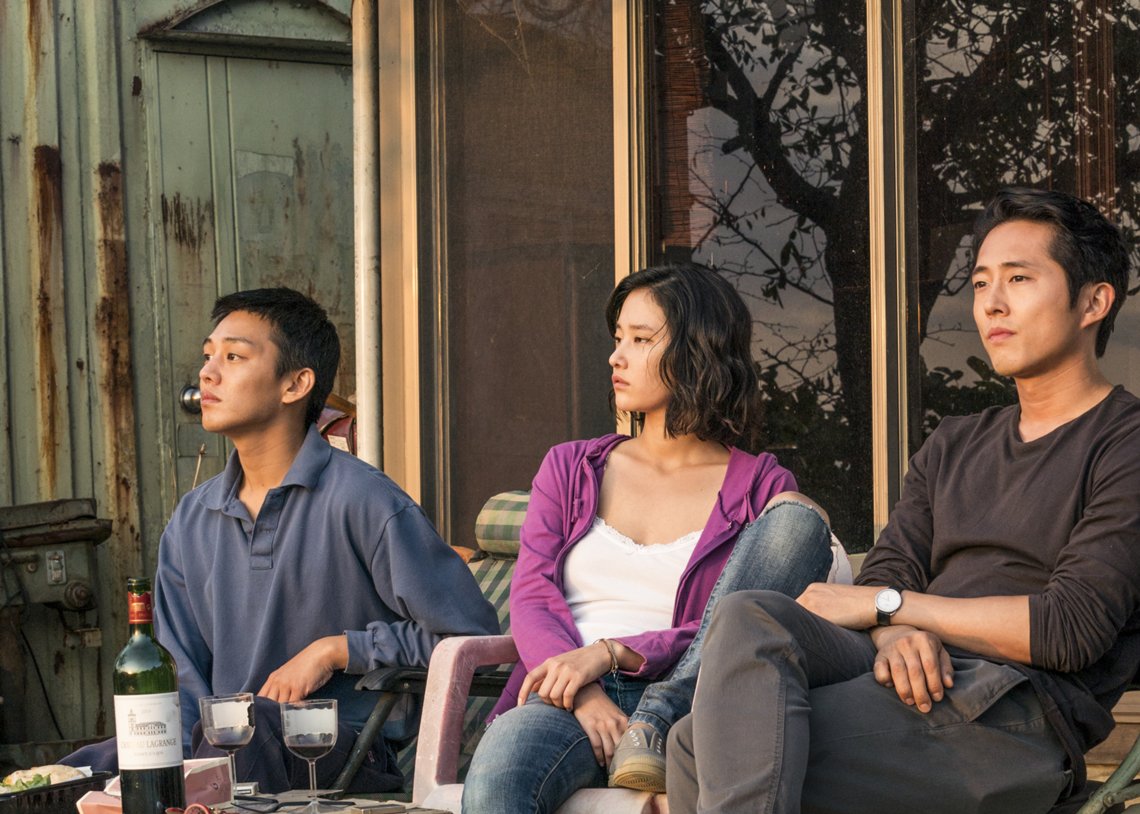 Every actor has their own method to create a character, but Steven admits that Ben’s wasn’t the easiest one to crack, as there wasn’t a description of his persona in Burning’s script, so he was challenged to create one.

“I think I was kind of forced to develop [it] on my own, the script and the story are more focused on the action and descriptors, as opposed to a philosophy of how natural someone is. But that’s what is fun about character building, and that’s why it was fun working with director Lee. We never had conversations about things like ‘this is what you wear, this is what you do, this is how you eat’, instead he gave me freedom after we laid the groundwork, so things like ‘how does this person look at life’, that’s where I really started from.”

The result? Steven created a sublime character, while Lee Chang-dong made an absorbing film blending thrills and drama between the three characters, and there is not much else to say except all of them delivered Oscar-worthy performances. 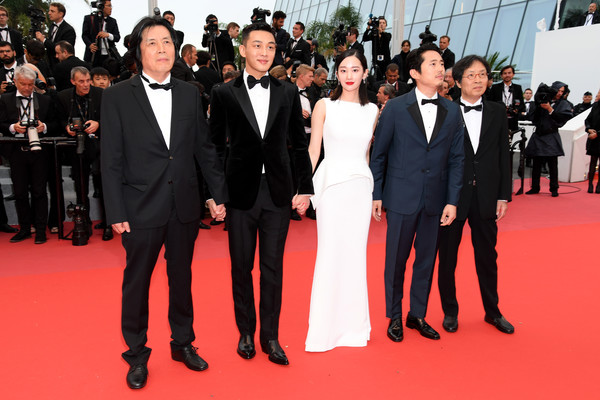 One question that prevails from the film was if Ben’s character was a psychopath or a sociopath, with his murderous tendencies, and to the actor both are appalling: “Both are bad! (laughs) Ben is open to that interpretation, we really wanted to make him ambiguous in that way. I had a personal story that I built for him.

“Director Lee gave me that freedom, saying that ‘you are the only one that knows, either we think what you think is real or we have you completely wrong’. I made that choice for myself, nobody knows. I approached Ben in a personal way, not to steer anybody in certain ways, and he is actually the most present person throughout the film. He is there in every moment watching. He is present… so a questions arises,  ‘Are we present every day? What does it mean to be so present, to the point that you are alone, doesn’t it mean no one else is present with you?’ Is that a sad reality that Ben is living in?”

With such a demanding role, it would seem that the door to Korean cinema has opened for Steven, but after discussing his upbringing and how he felt while living in Korea, we wonder if he thinks this might not be the right door for him?

He explains: “It felt fun and free just to represent Ben’s character, but I feel comfortable in America, I feel more natural there. My skill set is more useful in the USA, whilst in Korea it’s hard to try and learn the language really well and capture the nuances, but I wouldn’t say no, never say never. Burning was just so different though, it was a unique experience.”

“I call it an independent freak accident that happened to me,” Steven concludes, and with that our conversation comes to a close. The film has become a social manifesto against the injustice of contemporary Korean society, making Burning an excellent film on many levels, it’s a cinematic slow-burner which shows how certain situations in life dictate our future action. And with Steven’s sublime performance in the film, as well as the effort he put in to speaking Korean, it stands to reason that the audience will hold out hope for the actor to appear in another Korean production in the near future.

We’d like to thank Thunderbird Releasing for their assistance in the interview and to Steven Yeun, who kindly took the time to answer my questions.