The history of Korea has been a constant struggle of forces who either conquered or tried to conquer its lands. One such turbulent event was the attack on the Ansi Fortress in 645AD, recently depicted in Kim Kwang-sik’s The Great Battle, an ultra-patriotic tale of survival and sacrifice. 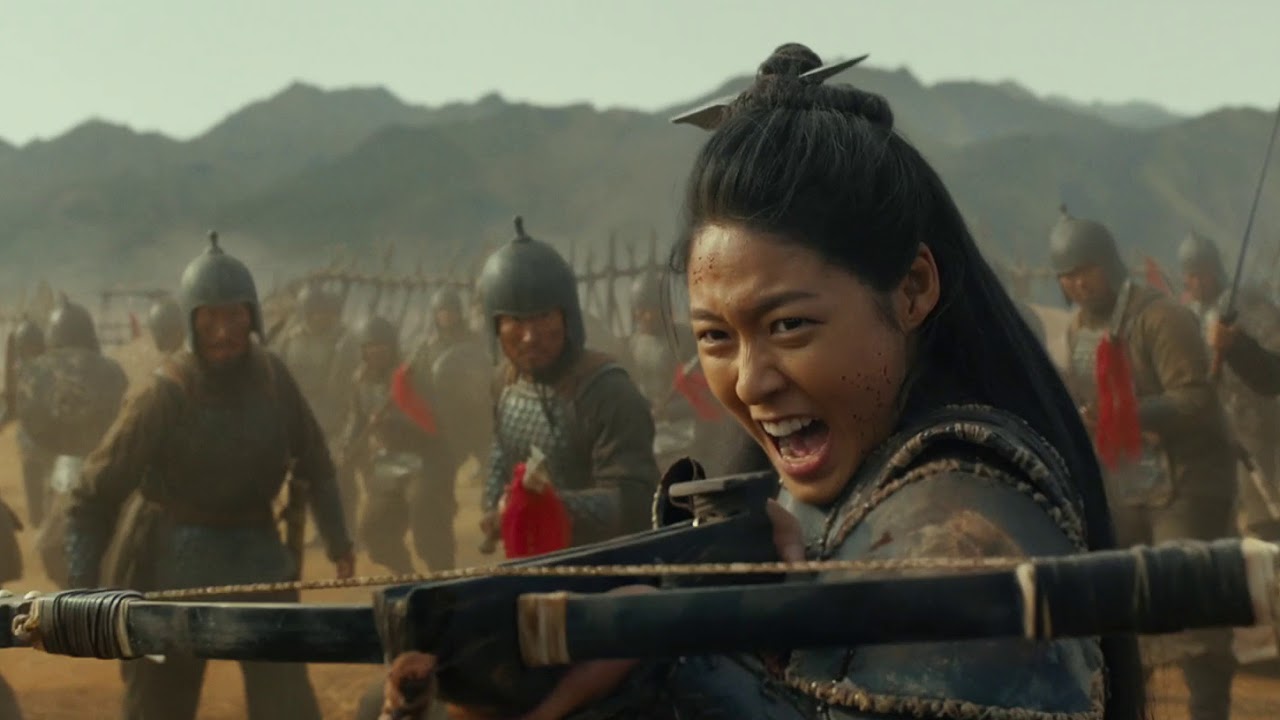 Emperor of the Tang Dynasty, Li (Park Seong-woong), greedy for power and territory, sets out to conquer Goguryeo Kingdom. The army takes down fortress after fortress and starts to get dangerously close to the capital. In one of the bloody, open-field battles, a young cadet of the Goguryeo army, Sa-mul (Nam Joo-hyeok), loses his close friend. While grieving his friend’s death, Sa-mul is approached by General Yeon; since Sa-mul stems from the nearby Ansi, general promotes him and gives him a new mission: he is to return to Ansi and assassinate commander Yang Man-chun (Jo In-sung), who has not sent his forces to help in the battle and is thus deemed to be a traitor. On top of that, general Yeon doesn’t see Ansi as a place worth protecting from the Emperor; he intends to return with the remnant of his army to the capital and prepare for the final battle with Tang, leaving Ansi to fight for itself. Even though leaving Ansi to its ruin is not something Sa-mul wishes to do, he accepts the mission and heads there, dead set to carry out the assassination… until he arrives to Ansi and witnesses the place Yang has in the community, proving to be not only a patriot, but also a great leader, strategist and a proper ‘beast’ on the battlefield. Li’s army approaches the Ansi Fortress and the battle, practically modelled on the universal story of David and Goliath, begins… 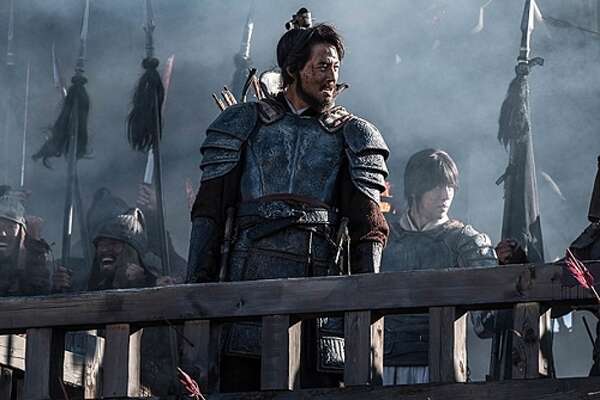 The Great Battle excels in its attention to detail in terms of historical accuracy. Aside from the location and costumes, a large percent of the battle scenes is filled with historically accurate elements; however, due to a lack of information, some of the characters are entirely or heavily fictionalized, including Choo Soo-ji (Bae Sung-woo), Pa-so (Uhm Tae-goo), Baek-ha (Kim Seol-hyun), Hwal-bo (Oh Dae-hwan) and Poong (Park Byung-eun), but they carry the narrative in the wait before the big battle and they offer both a hint of romance and some much needed comic relief. Still, there is little room for ballast in the focused, direct narrative. When the action starts, the film effortlessly captures the viewers’ attention both with its virtuosic battle head-to-head sequences and the overhead battle of strategy. To each method of assault by the Tang army, general Yang responds accordingly with his excellent tactical skills, may it be countering the catapults or the Chinese soldiers trying to break through the main gate of the fortress. It seems that there is no situation that Yang cannot face; the bravery of the Ansi force seems to be slightly overdone at times, but it suits the cinematic purpose well.

Special praise on the technical side of the production needs to be given for the excellent camera work, perfectly coordinated with the choreography of the scenes. The well -executed slow motion effects in the battle scenes really add to the dramatic aspect of the events and the final result is incredible.

As for the cast, Jo In-sung’s portrayal of Yang Man-chun is sublime. The actor worked on period projects before and is often associated with the drama A Frozen Flower, where he took on the role of a beautiful warrior. After a decade, in The Great Battle, the designated role of the passionate heartthrob is taken by an emerging young actor, Nam Joo-hyeok, in the role of Sa-mul, which he performed beautifully. Instead of being the leading visual, Jo took on the portrayal of the charismatic, intelligent and inspirational commander of the Ansi fortress, and he truly delivered. Yang Man-chun is somewhat of a mysterious figure, with only little information about his life available in the history books; it is Kim Kwang-sik’s own imagination that allows the viewer to dive into the commander’s character, to get a feel for the sort of person Yang might have been during the Ansi’s siege. Park Seong-woong, who is generally known to perform well, took on the role of the other main historic figure of the story – the Emperor of the Tang Dynasty. With make-up and all, Park embodied the archetype of the wicked, ruthless invader, but his visible struggle with Chinese dialogue took away from this overall performance, which gave off a distinct impression of him being miscast for the role. In terms of the cast and the characters, it should also be noted that the somewhat lacking exploration of female characters such as Baek-ha and Si-mi (Jung Eun-chae) makes for the film to be very male-oriented.

Ultimately, what brings the film together are the impressive acting, cinematography, music and the superb choreography of battle scenes. Even with the cliché elements that the ending is ripe with, Kim Kwang-sik’s new project stands as a visual feast and one of the most captivating action-costume dramas of 2018.