Life can often throw you curveballs, but a person can only endure so much while also trying to reach deeper into oneself to find what gives them a reason to live. Vertigo, written and directed by Jeon Gye-soo, depicts one of these emotional and complex life stories. Seo-young (Chun Woo-hee: The Wailing, Han Gong-ju) struggles with her existence; The bewilderment of having a secret affair with her boss Jin-soo (Yoo Teo: Vagabond, Leto), being a contract worker, and dealing with her often drunk and selfish mother adds to her already difficult daily routine. While also working in one of Seoul’s many skyscrapers doesn’t help Seo-young, as she suffers from vertigo. 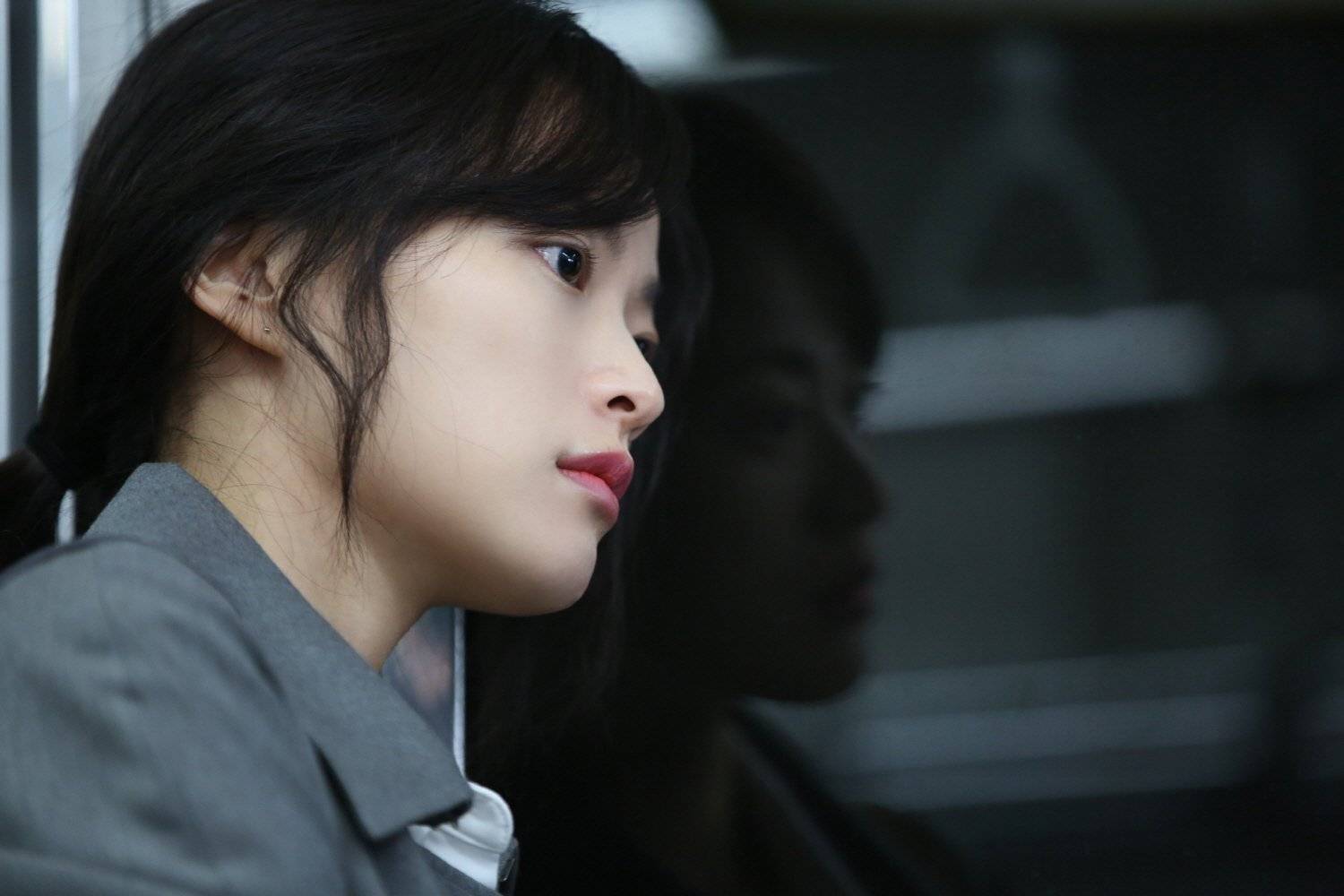 Patiently waiting for the day when she is offered a steady job, Seo-young lives in fear that her contract might not be extended. She also wishes for her relationship with Jin-soo to be acknowledged, but his reluctance to do so causes more issues than expected, and, when things go wrong, Seo-young’s emotional and mental health quickly unwinds. With everything piling up, she slowly burns out, but, when she’s convinced there’s no hope for a better tomorrow, a young man appears, Kwon-woo (Jeong Jae-gwang), a window cleaner with his own story to tell, and who not only becomes Seo-young’s secret admirer but also a ‘guardian angel’. 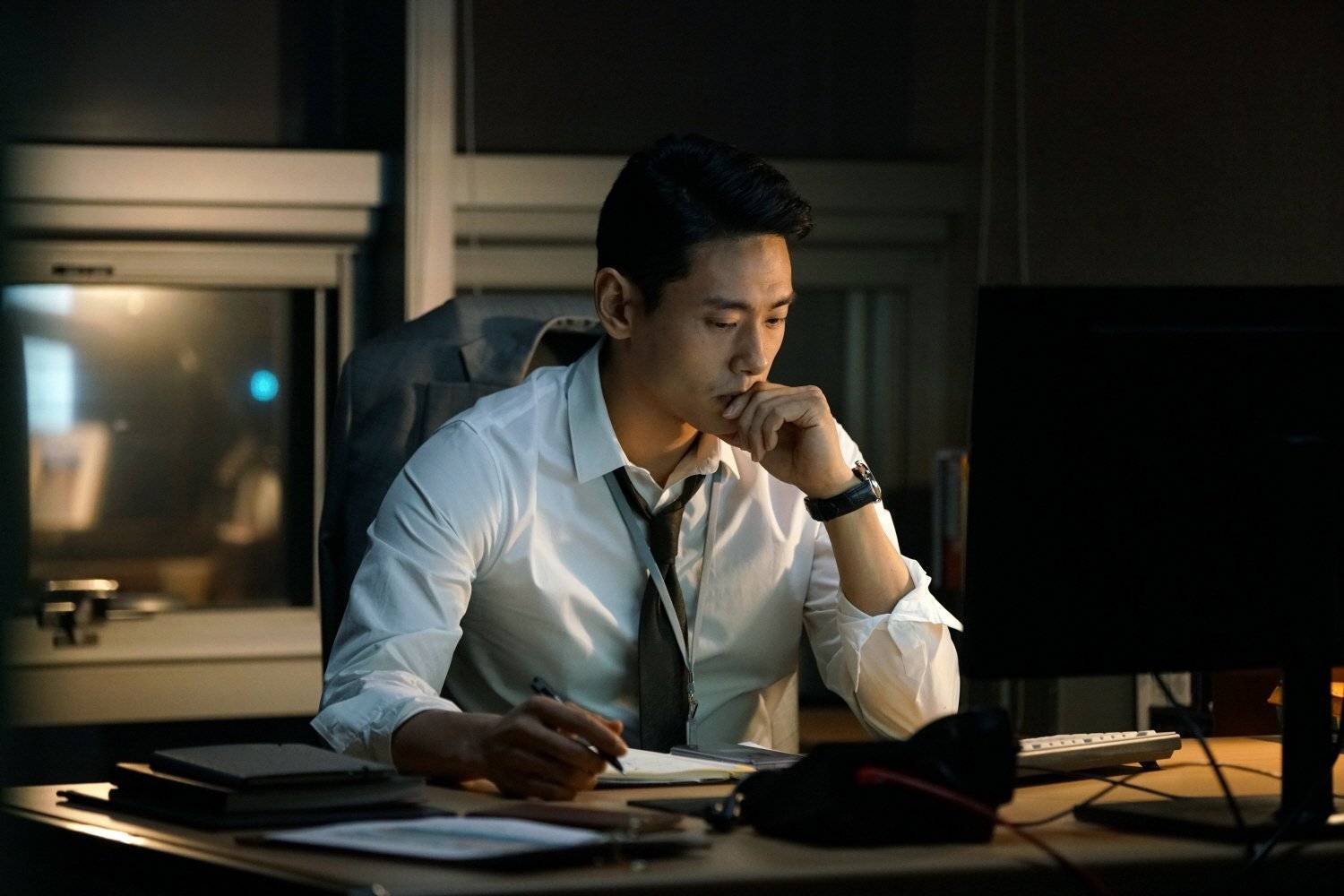 Vertigo is Jeon Gye-soo’s fifth feature and also marks his return to the melodramatic film genre after over a decade. The film is technically well shot, with camera work by Lee Sung-eun, the cinematographer responsible for the stunning work on The Yellow Sea and The Chaser, drawing the audience into the claustrophobic world of Seo-young. Showing her trapped in the skyscraper, between office desks and with shaky camera moments, the film easily grabs viewers by the throat. In addition, the excellent sound design and music adds tension to Vertigo, giving an almost Hitchcock-esque feeling to the film.

Jeon Gye-soo’s narrative is quite intelligent, choosing to maximise dramatic elements, and complementing them with an engaging psychological portrait of its young protagonist, to turn it into a slow-burner. Jeon draws on a strong, yet fragile, female character, showing that even a male filmmaker can pull off a female-centric storyline. He also creates an absorbing blend of emotional drama between the characters, leaving the narrative to build its own pace. Chun Woo-hee is excellent in her role, she immerses herself deep into the character in an interesting way. Balancing her emotions well until she is required to face all of them in the film’s climax, Woo-hee once again shows that she is capable of delivering an intricate character. 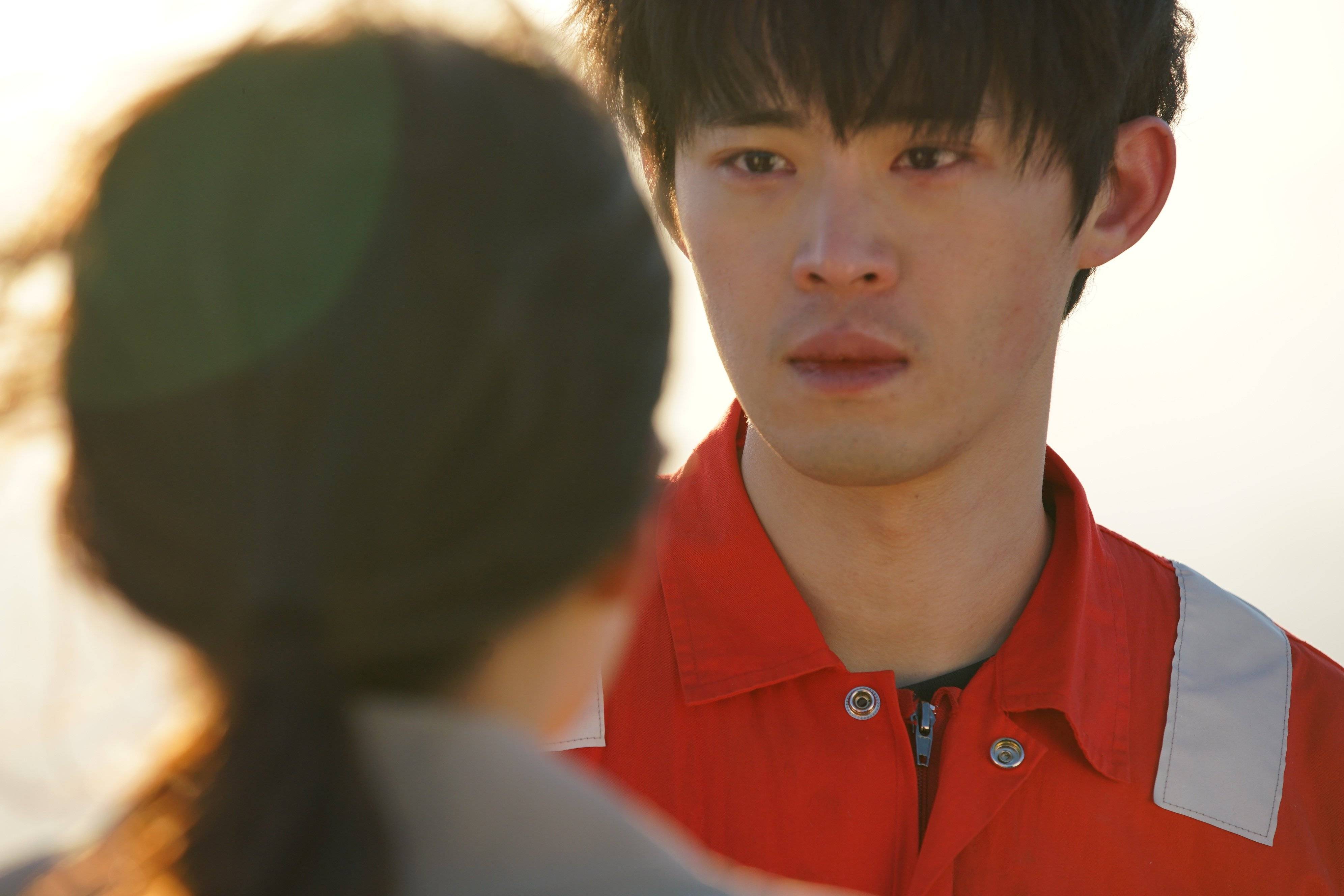 Yoo Teo, known for his superb portrayal of Viktor Tsoi in Kirill Serebrennikov’s Leto, finds himself in the role of Jin-soo, a man who struggles with his own sexuality while searching for stability in his life. He is somewhat of a mysterious figure as there is not much character development in the film, but Yoo Teo proves that no matter how much information is thrown at the audience, he is able to convey any given character. Jeong Jae-gwang is an endearing scene-stealer, who offers the viewer interesting ways of viewing the world.

Vertigo intends to make the audience feel trapped in Seo-young’s world, but it also gives them hope that there will be a time where things will get better. The film is not without its flaws, of course. While it shows the interesting and scary feeling of emotional entrapment, the film’s ending puts it on a path of theatrical absurdity, instead of leading Vertigo to its artistic fulfillment. Nevertheless, filled with resplendent performances, Vertigo is an engaging study of a character who is cornered by her own fears and insecurities.

The film had its world premiere at the 24th Busan International Film Festival.