Eunsoo Cho, born and raised in Seoul, Korea, has been an avid film lover since she was very young. She studied at the Korean National University of Arts, and received her M.F.A at the School of Cinematic Arts in the University of Southern California. In both schools, her focus was cinematography. Throughout the years, many of her works were screened and garnered awards at various film festivals across the world. Los Angeles has been her base for many years, but in 2013 she rekindled her career in Korea. Outside of being a cinematographer, Eunsoo also worked as an editor and producer.

Victim(s), a film that Eunsoo did cinematography for, had its world premiere at the 22nd Udine Film Festival, Italy. During the festival, we had a chat with Eunsoo about her work on the film, her relationship with the film’s director, Layla Ji, and her future projects. 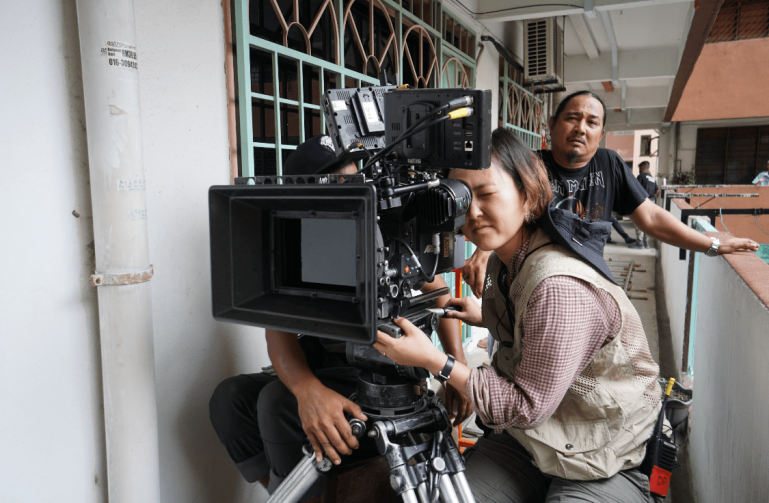 How did your journey towards cinematography begin? Have you always dreamt of being behind the camera?

I was a huge fan of Tim Burton’s films in my early teens. I dreamt to work with him one day and the cinematographers seemed to be the closest to the directors. I didn’t know what they really did besides standing behind the cameras, but there it was, I decided to be a cinematographer. Later on, I gradually learned what it is and it was even more fascinating.

Recently, Victim(s), one of the films you worked on, had its world premiere at the 22nd Udine Far East Film Festival. How did you come across the project and were you involved very early on with the script reading?

Layla and I were to make another film a couple of years before Victim(s) and it fell through. I had known about Victim(s) before – she had written it a while back, and after the project fell through, she decided to push forward with Victim(s). So, she sent me the script and I was involved in the project from then on and saw almost all of the process, but I didn’t participate in the script reading. I usually do, but I think there was some schedule issue.

What were the initial meetings with Layla Ji like? How did you start to get a vision for the film?

Layla and I live far apart and we talked through video chat. It was mostly about the script and characters (and our lives, but it helps). She also gave me a visual reference booklet. It showed how she wanted to flow with the story and colour. I tried to absorb the director’s vision as much as I could before I left for Malaysia, where we began working on the shot list. Based on her references, I looked for my own to add to hers.

The process of making films is a laborious task, and to make a successful film, there has to be a common vision between the cinematographer and the director. How much did you and Layla Ji speak about the way you were going to shoot certain scenes in terms of close-ups, indoor filming and outdoor filming?

Since our conversation had begun even before we left our countries, Layla and I started working on the shot list right away when I arrived in Malaysia. We talked about what the scenes are about and discussed how we’d capture them. For some scenes, Layla had certain shots in mind, for instance, the last shot of the film where Qianmo dances in the alley, and I made sure to get them.

The palette of colours in Victim(s) is very interesting. Could you tell us how you created the look of this film?

Layla gave me a visual scheme – she had three parts story wise, it’s more of three perspectives (I forgot the terms she used, but they were facts, truth, and something) and she wanted them to be represented by three different colours. Layla also chose colours carefully according to the characters, events, etc. My job was more about creating moods with lights. 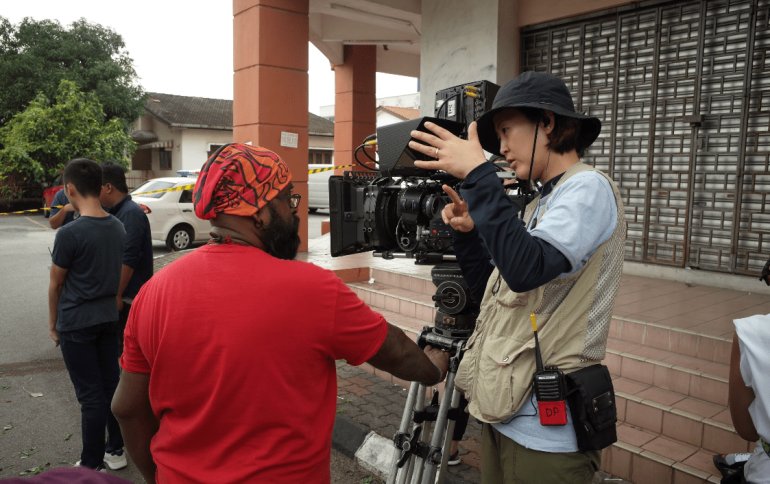 Can you talk about the camera and lenses, as well as the film stocks, you chose for Victim(s)?

Alexa mini and Zeiss Ultra primes were used. I forgot which zoom lens we used. I was lucky to have them because we had a very limited budget. I think we used Ultra primes because that was what was available at the time, but I have no complaint since they are great and versatile.

When speaking to Layla Ji about the challenges the crew faced while filming, I was really surprised that you all managed to finish the film. What challenges, as the cinematographer, did you go through while on set?

We went with location scouts to see if potential filming locations served the story. But we went also to see whether they were filmmaking friendly spaces. However, oftentimes, no matter what they turned out to be, one has to deal with them. There were also many restrictions and conditions we discovered at the last minute. We were short-staffed in the grip and electric department, but our crew worked very hard all the way through with good attitude and spirit. They are very creative and talented people. My hats off to them.

You have also finished work on a film (I Was a Simple Man) starring Constance Wu. Could you tell us more about the project itself and how did the cinematography go for you on that film?

Christopher Yogi, the director, is a good friend of mine. Our collaboration goes back to our graduate school years. I Was a Simple Man was a long time coming for us – it’s about an old man in his last days in this life, sick and afraid to die, visited by his late wife. It’s an ode to the island of Hawai’i and its people. Hawai’i is a very dear place to me as I have visited it many times and tried to depict it as it is. It’s just so beautiful. I used Speed panchro lenses to give a nostalgic feel to it and I think it worked. I even liked its so-called ‘flaws’. As far as the shots go, Christopher likes to keep the camera observant so the audience can watch and study the characters and environments. He met Constance in Sundance lab. Her involvement was an exciting one as she brought many good elements into the film. She was genuinely nice and patient on set. 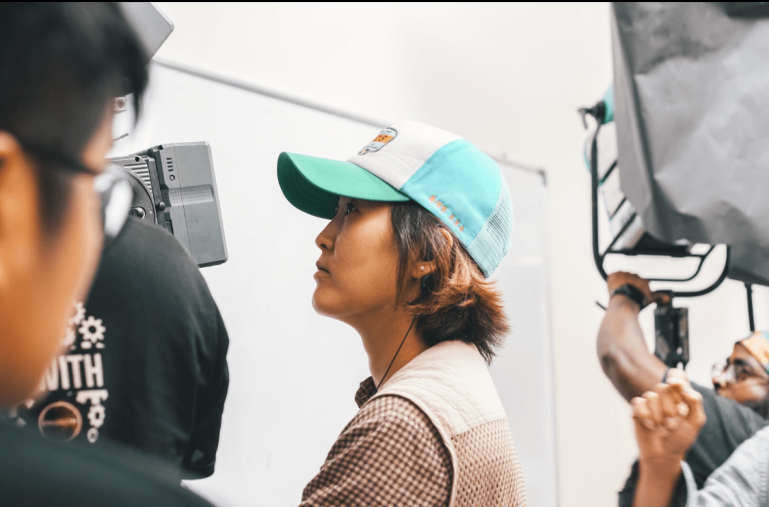 As a cinematographer, how much artistic freedom do you usually get from film directors?

The artistic freedom I get depends on the trust I get from the directors. I try to understand their views toward life in general to get to know them better and I give my best to realise their vision. I think most of the directors I have worked with felt my sincerity and trusted me, if not from the get-go, then later on.

Looking back over your career so far, do you think you have a specific visual style or do you feel your input is absolutely dictated by the material you are working on?

I don’t know if I have a style. I’m sure I’ve got preferences and inclinations, but it’s rather dictated by the material and directors’ styles.

As the world is suffering from COVID19 and filmmaking has been put on hold in many countries, what have you been up to recently? Any new project in the pipeline for 2021?

I worked on a Korean film called Remember as a B camera operator which wrapped in June. I’ll remotely take part in the colour grading of I Was a Simple Man. My 2021 is still to be decided. Asian Cinema, Film, Film events and festivals, In Conversation with