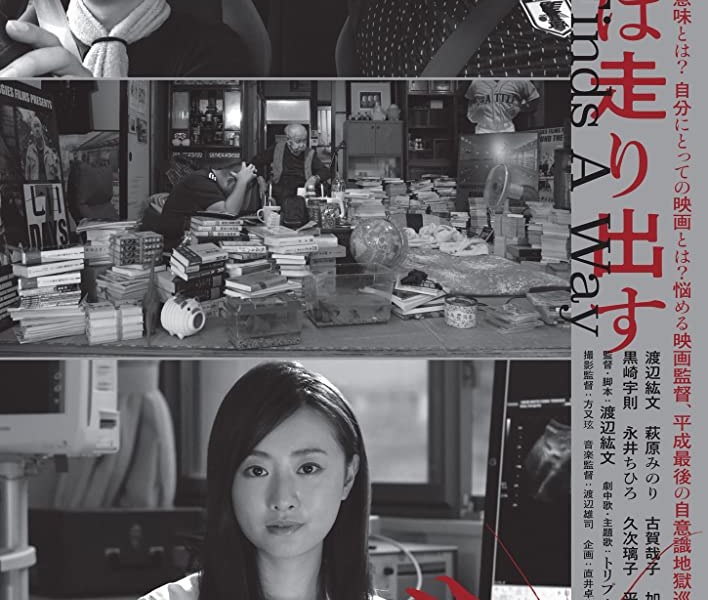 Returning with his famous love for shooting in black and white and observing the mundane, Hirobumi Watanabe creates a refreshing and funny reflection on when it means to be a creative and what it means to create in his film Life Finds a Way. Starring as himself, Watanabe is spending the summer living at his grandmother’s house. He’s supposed to be writing a new script but he’s behind on schedule and lacking any inspiration. Insistent that it’s impossible to think of any new ideas while the world cup is on (it’s too much of a distraction), he spends his days playing video games, binge-watching football, and complaining about how hard it is to be a filmmaker.

There’s a lovely summer laziness haze that envelopes Life Finds a Way. With a constant humming of cicadas in the background, a focus on the banalities of the day-to-day, and a sense of ambling carelessness in life with little responsibilities, Watanabe treats every day like a holiday. Poking fun at his own lack of discipline and accountability, Watanabe showcases how easy it is to derail from productivity whilst working outside of a strict schedule. This ability to pick and choose working hours is something his character rejoices in – in one scene, Watanabe boasts to his little cousin ‘my life is like summer everyday’. Ridiculing the creative process of filmmaking, Watanabe mocks himself as a childish and immature dawdler as opposed to a refined and gifted screenwriter. Rather than pretentiously posing writing as a fulfilling, inspiring, and life-changing experience, he poses it more realistically as a sometimes draining and frustrating task that can easily be procrastinated. 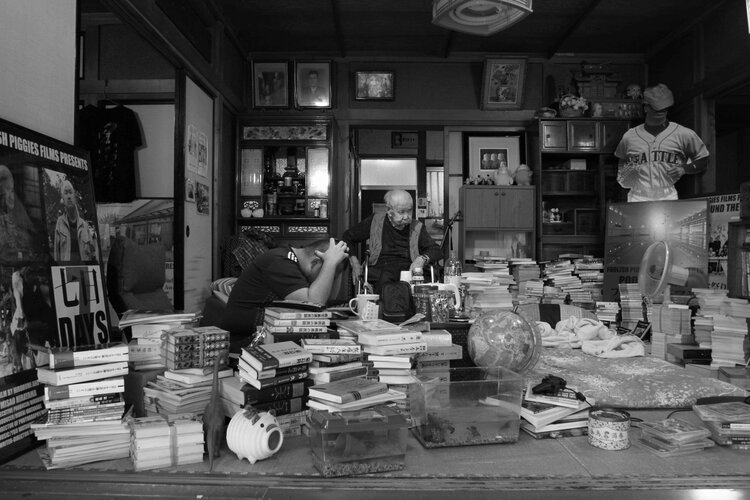 Watanabe brings an earnest and witty relatability to the everyday life of a filmmaker. When he’s not lounging around his grandma’s house he’s complaining to his friend, Kurosaki. (Kurosaki Takanori). As a hard-working and disciplined labourer (Kurosaki picks strawberries for a living,) Kurosaki is someone who represents the complete opposite of Watanabe and what he wants to be. Berating Kurosaki for merely being an ‘ant’ worker, Watanabe whinges that his lack of success is down the fact he was born in Japan. Criticising Japan’s intense work culture, Watanabe sees himself as a woeful outcast who would be so successful if only born in a more ‘artistic’ country like France. In France, he would be fawned over by beautiful women he insists. While tickling audiences with Watanabe’s deliberate and unchecked self-pity, Life Finds a Way does touch on some more serious topics. Beneath Watanabe’s self-indulgent rambling, there is a frustration about the difficulties of succeeding as an artist in Japan. In one humiliating sequence, Watanabe showcases how hard it is for smaller Japanese films to get funding from the government as he unsuccessfully begs his town mayor for a bursary. 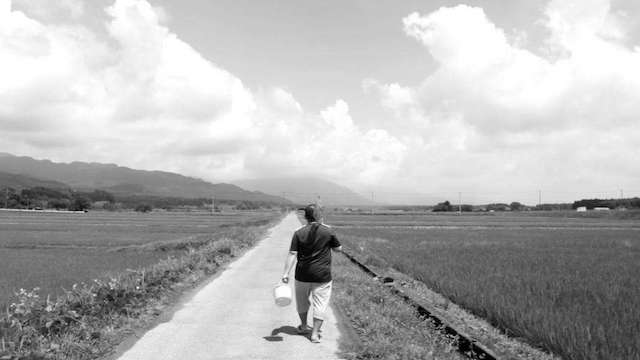 Life Finds a Way also jokingly remarks about the competitive nature of artists, and how insecurity easily fizzles into jealousy. Whilst working in an industry with such fierce competition and high stakes in order to succeed and ‘make it’, it’s only natural for these feelings of bitterness and hopelessness to arise. Riding in Kurosaki’s car, Watanabe starts badmouthing other filmmakers who try to submit their films to Cannes – he thinks it’s a waste of time and embarrassing. Later on, his hypocrisy shows as he’s seen praying to the god of the mountain asking them to help him win the Palme d’Or and wishing against the success of other filmmakers. At times, it’s hard to believe Watanabe enjoys films at all. In one moment – after reading a scathing review of his film – he lets out a harangue against film critics. Claiming their opinions are useless and they are the reason he no longer enjoys films and is unable to write anymore. In one almost touching moment, he lets slip how he doesn’t enjoy films like he used to as a child. Not an uncommon realisation, Watanabe hits the nail on the head how as you grow older the simplistic joy of creating for the sake of creating (regardless of if the outcome is any good) is pushed aside as artists put pressure on themselves to create immense and thoughtful work.

Life Finds a Way is an endearing and forgiving love letter to the frustrations of the creative process. Teaching us all to laugh at ourselves a little more and not to take art so seriously, Watanabe creates a realistic, relatable, and hilarious slice-of-life of a contemporary filmmaker struggling with finding inspiration and self-worth.