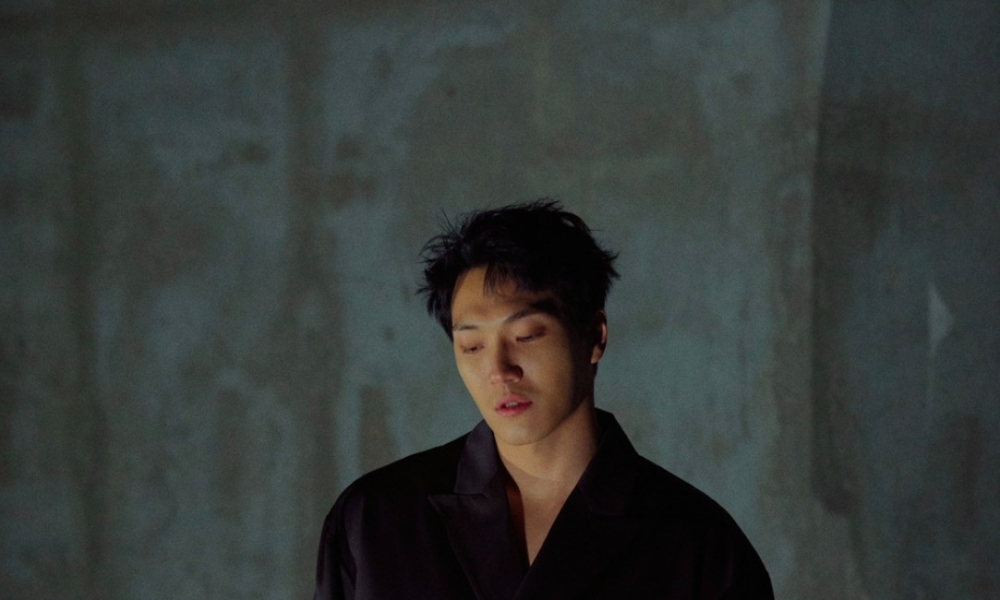 “I Would like to Be a Musician That Can Stay Consistent and Continue to Make Music That He Loves.” – In Conversation with Kim Feel, a South Korean Singer-songwriter

“Yours, Sincerely was made while I was doing my mandatory military service. It was an album with the most candid stories of so many concerns that I had about myself, things I missed, and emotions I couldn’t accept”, says Kim Feel when asked about his first studio album which released in 2019. He also admits that music has been his means of escape from whatever concerns he might have.

Kim Feel is one of the most appreciated South Korean artists out there. He is the creator of many songs that have won the hearts of both Korean and Western audiences alike. Without a doubt, he is a well-articulated lyricist. His songs, melodies, and musical arrangements are truly sublime. Kim Feel’s tone is soft and gentle; he has a strong sense of pitch which can be heard in almost all of his songs. The artist’s live and a cappella performances show his vocal qualities – his voice is pure and perfectly pitched.

Although Kim Feel has released just one full-length album, he has over a dozen singles, a few collaborations, and countless OSTs, including Someday, The Boy from Itaweon Class, Hallelujah from It’s Okay to Not Be Okay, and Destiny from Jirisan [all Netflix shows], under his belt.

Recently, to the delight of his fans, the artist released two singles, Push & Pull and Spring Night. Right after releasing these songs, we got a chance to speak to Kim Feel about his love for music, his approach when it comes to writing and producing it, and his future plans.

First of all, let’s talk about how it all started. Was music a path that has always called to you – was there a moment when you realised that music was for you?

In the beginning, I was thinking more about becoming “a singer” rather than thinking “I want to do music” or “I want to become a musician”. It’s because when I was young, all of my concerns would disappear while I was singing. So, I realised I felt the most like myself when I was singing and decided to study music in college. That was my first step into music.

Looking at your releases, past and present, I have noticed that you effortlessly combine various genres in your music such as jazz, soul, funk and pop, with some earlier songs being based on folk-rock. With this in mind, what kind of approach do you use when writing and producing your music?

When I’m writing songs or lyrics or producing, I think I focus more on “what’s the most me” in all aspects rather than focusing on the genre. Music that feels like “Kim Feel”. The most important thing to me is a story that will move someone’s heart.

You recently released two new songs, Push & Pull and Spring Night. What was the creative process behind them? And what inspired you to write the songs?

This project started from a collaboration with the poet June Park. I was inspired by June Park’s poem to write a song and I added a touch of “Kim Feel” to it.

You have recorded a hefty number of songs already. In 2019, you released your first studio album, Yours, Sincerely, on which you truly showed that you have exquisite songwriting sensibilities. What was it like creating this collection? Did anything surprise you about the overall process?

As I said before, the Yours, Sincerely album was made while I was doing my mandatory military service. It was an album with the most candid stories of so many concerns that I had about myself, things I missed, and emotions I couldn’t accept. It contains my sincere feelings about the things I learned after my heart was crushed and sorrowful moments had passed by.

As a songwriter, you must constantly write songs, but not necessarily all of them end up being recorded. How do you generally choose which songs you want to release?

I think about when would be the appropriate time to release the music I made. And what’s more important than the timing is whether I can carry this music as it should be. As someone who makes music for a living, it would be great if I could be smarter and more strategic about it, but I think following my heart is a priority.

Improvisation is a large part of the creative process. How strictly do you separate improvising and composing?

Looking at the Korean music industry, and since you became an artist, have you suffered any ‘resistance’ or scepticism from within the industry? What would you say are currently your main artistic challenges?

I think music itself is subjective and people either love it or hate it. Someone may possibly hate me. And if I were one of my fans, I would like me. I’m always grateful that I have fans who like my music. And I think it’s only natural that music is a matter of personal taste.

I wouldn’t say that there are many difficulties for me as an artist, but I will say what I find it unfortunate that there seems to be more interest concentrated on title songs or hit songs, meaning that there are fewer chances to present other songs.

How do you feel about having your music associated with soundtracks like Someday, The Boy [Itaewon Class] which became very popular here in the UK?

When I hear my song being played in coordination with the overall story or within a certain scene or with the performance of the cast, it feels different to me.

I’m grateful and I think it’s a good thing that it goes well with the drama. This kind of work is something that I always look forward to doing and feel good about when I’m doing it.

How does it feel when you release music in general? Personally, I feel like when an artist exposes their work it’s like revealing their soul to the public. I have major respect for that and I’m curious how you feel when putting your music out there for people to judge.

There are moments during the creative process when I get frustrated and everything feels difficult, but being able to work through the process and release the music gives me the greatest pleasure. It makes my heart flutter and I go into it both excited and worried at the same time.

The role of an artist is always subject to change. What’s your view on the tasks of artists today, and how do you try to meet these goals in your work?

There are so many amazing, talented artists around the world now. I’m constantly rooting for all artists who work day and night on their craft. Rather than wanting to achieve something great, I would like to be a musician that can stay consistent and continue to make music that he loves. In order to do that, I would have to keep looking back at myself as I press forward.

Who or what motivates you to work hard and stay on track?

I get motivated by looking back at how I felt at the beginning of my journey. Music was the first thing I ever did with conviction and I think about the days I spent trying to make that dream a reality to stay on track.

Which song (songs) in your catalogue best describes the sound and style you ultimately prefer and why?

They’re not perfect, but I put my all into every moment that I worked on them, so each song is precious to me. I would say that Excuses, the title song from my first studio album, is the best expression of myself. It’s the song that’s most like me and I think it’s a good rendition of the stories that I want to tell about myself as a person. I also took it in the direction that I most wanted to go in terms of sound.

Sleeplessness also has a special place deep down in my heart.

I prefer to contemplate the ways in which I could present the stories that I want to tell in a better light and what could make my melodies shine, rather than focusing on a specific sound or genre first.

After all, the most important thing for me is the story that will go into the song. I plan to keep trying any way I can to create music styles that I can work with.

When you are not working and writing songs, what do you do to get away from it all and relax?

I usually watch movies or go for a drive and I sometimes take trips. Through the process of doing things that I want to do in the moment, I think I let my mind and my body relax which gives me the energy to do whatever I am going to do again.

What are your upcoming plans? Are there any other projects that you have planned for the future?

It’s already been 3 years since I released a regular album, so I’d like to release a physical album with a good selection of songs. I’ve been working mostly on digital single albums or taking part in soundtracks recently, so I really want to polish the songs that I have rough drafts of and put them in one album.

Written and Interviewed by Maggie Gogler

*We’d like to thank Archive Achim for their assistance in the interview and to Kim Feel who kindly took the time to answer our questions.

View of the Arts is a British online publication that chiefly deals with films, music, arts, and fashion, with an emphasis on the Asian entertainment industry. We are hoping our audience will grow with us as we begin to explore new platforms such as K-pop, and continue to dive into the talented and ever-growing scene of film, arts and fashion, worldwide.