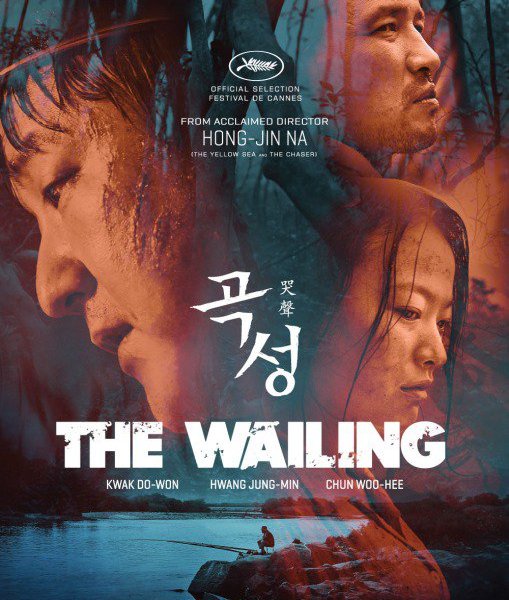 Na Hong-jin is – in every respect – the maharishi of thriller; when his previous films The Chaser (2008) and The Yellow Sea (2010) were released in Korea and Europe, they put critics and film goers at the edge of their seats, proving that his sophisticated writing and directing is one of a kind. The audience had to wait six years for the director’s new production. In 2016, Na Hong-jin presented The Wailing – a grim and heinous horror feature – at the 69th Cannes Film Festival, where he received critical acclaim. 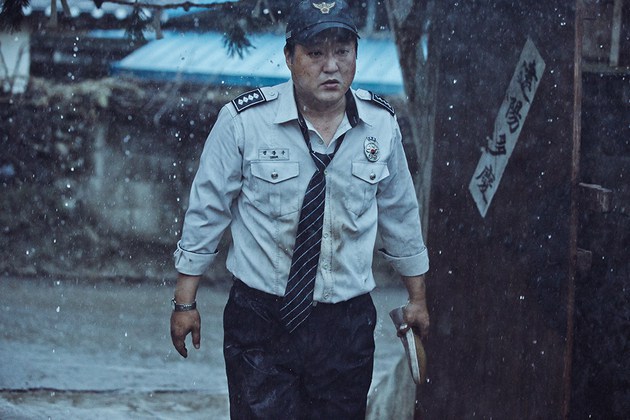 Jong-goo (Kwak Do-won), a police officer from Goksung, lives his life without any disturbance until the village is shaken up by brutal murders and an unexplained illness that is spreading among the locals. It seems like it all started upon the arrival of an old Japanese man (Jun Kunimura), who quietly moves into a small house in the mountains. People begin to gossip that there is a devil in the village, and that the man might be responsible for everything that is happening. Jong-goo is assigned to investigate the cases, and with the help of his fellow police officer and a Japanese priest, he goes on a quest to discover the truth about the stranger and recondite killings. In parallel, the policeman meets the weird Moo-Myeong (Chun Woo-hee), a young woman who also claims that the senescent man is involved in the carnage of the villagers. While looking into the incidents, Jong-goo’s daughter Hyo-jin (Kim Hwam-hee) starts to behave irrationaly; the man slowly suspects that she might be ailing with the same sickness as the others in Goksung. Angry and discontented, he runs to the old man’s house and demolishes it, which includes killing his aggressive dog (it feels like the evil animal has been taken straight from Omen). Time passes by and Hyo-jin gets worse; Jong-goo’s mother decides to call for a shaman, Il Gwang (that is where the female audience may get excited as Hwang Jung-min appears on the screen), to drive away – what she perceives as – the evil spirits. The mudang prepares a ritual to help the young girl and warns the family that it might be dangerous and painful for her; without hesitation the family agrees to the consuetude and awaits for the results – this particular scene is incredibly well filmed and presents intensity and greatness of shamanism, while Hwang Jung-min’s performance grabs the viewers by the throat and refuses to let go.

The ritual turns to be too much for the girl and Jong-goo interrupts it, without realising that the iniquitous phantoms have now consumed Hyo-jin. What happens next may shock the audience; the Japanese man is not who he says he is, the mysterious Moo-Myeong pops in and out in different places and puzzles the audience till the end of the film, additionally Hyo-jin turns into a diabolic being. The Wailing slowly devours the audience’s mind and drives it to the point of confusion.

Too many stories and unexplained characters complicate the narrative at times, nevertheless the lengthy production – over two hours – does not bore at all, and without a single imperfection, it drags you into the story and makes you a part of it. I took a liking to the mesmerizing shamanism scenes; the Korean rituals with their five thousand years of history were well conveyed in the film.

While the uncharacteristic casting of the bad spirits has slightly overpowered the end of The Wailing, the film was enhanced by pulchritudinous scenery; great cinematography by Hong Kyung-pyo did not go unnoticed. Gloomy, rainy and – every so often – foggy pictures intensified the film’s background. Kwak Do-won’s portrayal of Jong-jin is superb; known for his memorable supporting roles in The Yellow Sea (Prof. Kim Seung-hyun), The Attorney (Cha Dong-young) and The Magician (Gwi-mol), he gives it his all in the film: he is a coward and a lazy policeman until the tragedy strikes; he then becomes a frustrated, brave – yet foolish – and emotionally unstable father, who desperately tries to save his daughter; Do-won expresses himself impeccably. Hwang Jung-min’s characterization of the shaman is top-notch, he – his ninja ponytail included – is very convincing in carrying out the rituals. It is a very unexpected role for the actor, as he is well known for his portrayal of tough men (Veteran, The Violent Prosecutor and Fists of Legend); nevertheless, he is grand as the mudang. 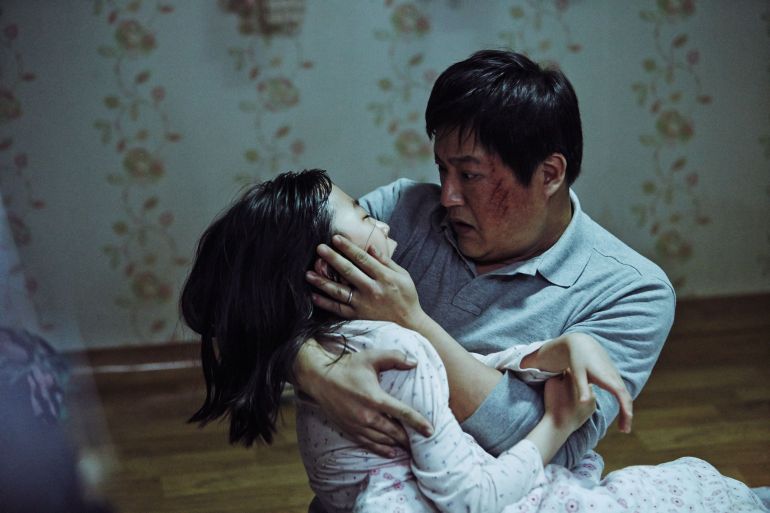 Kim Hwan-hee’s performance as the policeman’s daughter was somewhat impressive; she is just 13 years old, but already an established young actor. Chun Woo-hee, on the other hand, didn’t really have a decent role in the film, a few minutes here and there did not show her acting skills to the fullest. It is worth mentioning that the film is powerful in itself, and not just because it has a stellar cast. Yes, Hwang Jung-min always guarantees the audience in the cinema; however, interestingly, he is just a supporting actor in The Wailing (he only appears in the middle of the film), while Kwak Do-won performs as the main character for the first time in his career; all-in-all, a great ensemble of actors. But cast aside, the film is a ‘piece de resistance’ in its own right; there is really nothing to distract the audience from its core story, which is the image of the lurking evil and anxiety; the feelings of fear, frustration and sadness are also remarkably well-balanced. The film is twisted, complex and chaotic, and honestly, you must have a nerve to watch it; it scared me out of my wits. That said, The Wailing is a brilliant piece of writing from the young and emerging filmmaker Na Hong-jin; I hope it will take less than six years for the director to come up with a new story.

The Wailing will be screened at the 60th BFI London Film Festival.