Busan International Film Festival (BIFF for short) is the largest Asian film festival – and among the most prominent film festivals in the whole of Asia – that is held annually in the second largest South Korean city of Busan. The year 2016 marks already the 21st edition of the festival, even though its future has been in the past few years marred by uncertainty, caused by the ongoing controversy that has already grievously affected the festival.

But let’s start at the beginning: BIFF’s first edition took place in September 1996; it was also the first South Korean international film festival ever held. From its very beginning, BIFF has had a handful of very important objectives: introducing new filmmakers and their productions, with a focus on those from Asian countries; to find ways to attract young people, both as viewers and as filmmakers – and to both promote and develop the artistic abilities of the latter. For 20 years, these objectives helped the festival grow until it entered its permanent home, worthy of its reputation – the newly built Busan Cinema Centre in Busan’s Centum City, with its huge roofed outdoor auditorium (4000 seats) and abundant office/conference/studio/theater space, the whole Center space amounting to staggering 30,000 m². 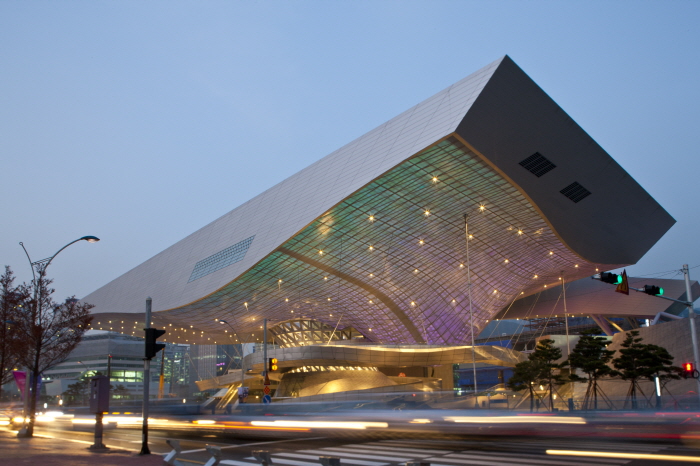 Besides its official programme, BIFF is accompanied by a variety of events, such as Asian Film Market that presents an excellent opportunity for all involved – from film producers to film director to screenwriters, to potential investors. Asian Cinema Fund works to enable more independent filmmakers to do their work in an organized manner and environment – while it also doubles as a network which connects filmmakers from all over Asia. Asian Film Academy provides formal educational programme for all prospective filmmakers, and Busan Cinema Forum brings together already accomplished film academics for discussions on all current and future issues of global cinema.

This year’s BIFF starts tomorrow, on October 6th 2016, and will close on October 15th. Two of our team, Maggie Gogler and Sanja Struna, are currently in Busan, getting ready for full-on coverage of the festival (that was luckily not blown away but last night’s typhoon, unlike one of BIFF’s main locations, the BIFF Haeundae Village, which was broken into smithereens by the winds and the waves). Stay tuned for our reviews and updates!

All photos © their photographers.