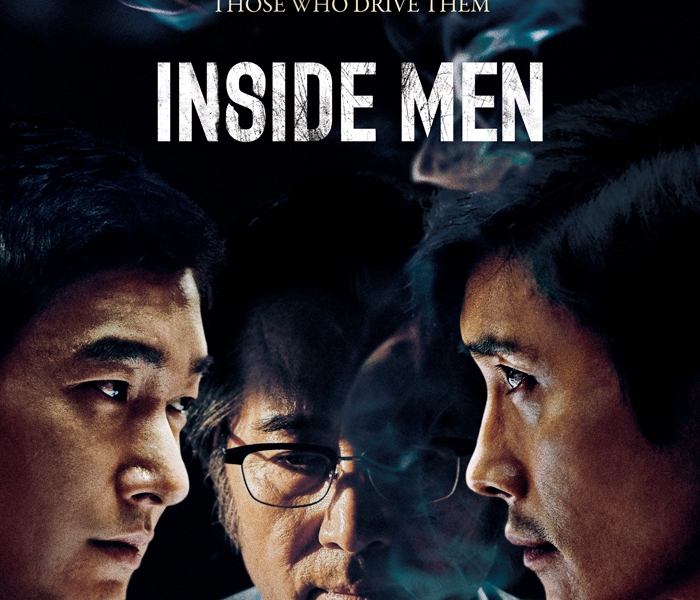 In the current global political climate, dirty politicians seem to be abound; some even appear to have strong underground connections, so it comes as no surprise that these topics wound themselves into films – in Korean cinema, it appears to be the filmmaker’s favourite topic of the year, along with Japanese occupation era films. Much like Asura that was screened on the second night of this year’s London Korean Film Festival, Inside Men also centres on the relationship between those in power and the underdogs they use for their dirty dealings; however, Inside Men has less graphic violence than Asura, even though an obligatory sawed off limb or two are present; in Inside Men, fists do not fight fists, but words. 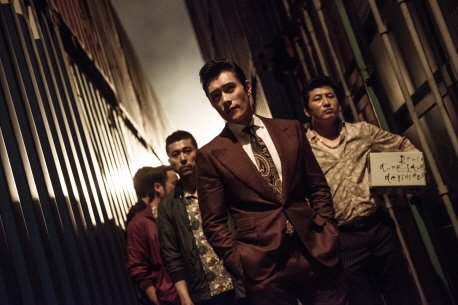 Yoon Tae-ho is a respected Korean manhwa artist -his works have been previously adapted for the little and silver screens, including the TV audience favourite from last year, Misaeng – and it is his manhwa The Insiders (2010) that found it’s adaptation in the director-screenwriter Woo Min-ho’s new feature, Inside Men, which was released in November 2015 and broke the record 9.1 million admissions, becoming the “top grossing Korean R-rated movie of all-time at the Korean Box office”.

The story of Inside Men has more than one protagonist – it starts with one of the central figures, former gangster Ahn Sang-goo (Lee Byung-hun), who holds a press conference to reveal the dirty secrets of the congressman Jang Pil-woo (Lee Kyoung-young), who has entered the presidential race. Ahn Sang-goo, upon being asked about the reason for this action – is it revenge? – dramatically unscrews his prosthetic hand – and before we hear his answer, we are brought two years into the past, where we meet the second lead of the film – the young and ambitious prosecutor Woo Jang-hoon (Cho Seung-woo). He is trying to persuade an accountant of Mirae Motors to spill the beans on a slush fund that was set up by their company president Oh Hyun-soo (Kim Hong-fa) – then loses his possible witness when the accountant is taken away and dealt with by Ahn. The latter then steps out of the line when he keeps the original of the accountant’s documents, and plans to hold on to them as leverage if he ever finds himself in a bind – he brings a copy to his close friend and somewhat of a mentor, the chief editor of the Kukmin Daily newspaper, Lee Gang-hee (Baek Yoon-sik), not knowing that by doing so, he stepped straight into the center of the political rot; Lee is a part of the shadow power trio – that includes congressman Jang and CEO Oh – which is intent on ruling the nation with the magical combination of money, political power and press – while indulging in their decadent little parties (the film is laced with sex scenes and nudity); and Ahn’s action directly endangers their play.

Ahn loses his hand over the ordeal – in a particularly gruesome scene where the main henchman of congressman Jang saws it off in a very graphic fashion – and is pushed to live as a bottom-dweller – managing a men’s toilet in a club somewhere, while prosecutor Woo also faces repercussions from above for his part in the unwanted investigation that got uncomfortably close to uncovering the truth. As the past slowly catches on with the present, the pieces of the chessboard meet and become involved, with the story taking so many twists and turns that it becomes quite unpredictable – even though it is clear who is headed for the final showdown. The film has it all – the greedy, the revengeful, the righteous and the seedy – and is as critical as it is entertaining. Even though it is three hours long (the theatre version), there are only a few moments where the film lags to offer some kind of respite between the shady deals and the brutal clashes. 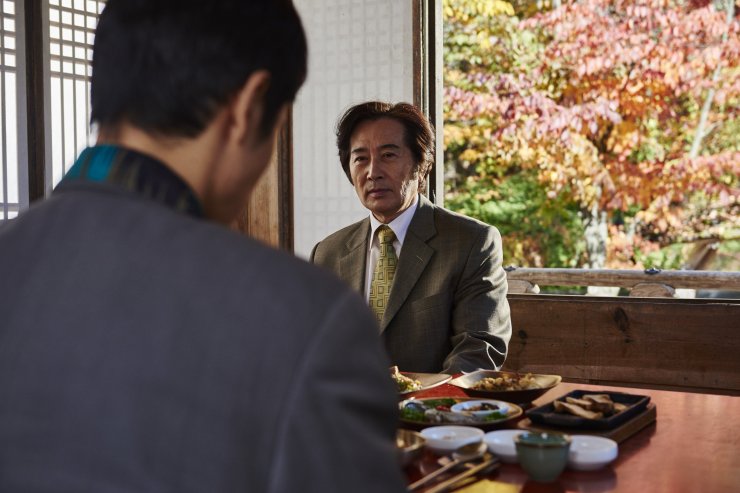 The cast is stellar – Lee Byung-hun made quite a comeback as the survivalist Ahn, and Cho Seung-woo is very convincing as Woo (ambitious and career-driven at first, then going all out to serve justice), while Baek Yoon-sik – in the role of editor Lee – serves the audience with quite a few hair-rising moments. It is fun observing how both Ahn and Woo find a mutual cause and mutual ground that is quite different from their individual starting motivations and characters, and quite chilling to observe the shady and frankly disgusting deal-making private parties that are hosted by Lee, Oh and Jang.

The composition of the film serves its purpose in a great way – both the realistic looking sets and the fast-paced sequencing, with a smart use of light – editor Lee is always depicted in a shadowy fashion, as are congressman Jang (when not in his public servant role) and CEO Oh. The score of the film is amazing and adds to the film – Cho Young-wuk did a great job. As for the screenwriter-director Woo Min-ho; after a couple of promising projects, he finally hit his stride – the dialogues are great, as is the casting, and the story evolves at a fast pace, but with a really decent attention to detail. This is the kind of film that would be expected from a director who has accumulated – in terms of project number – much more experience than director Oh (Inside Men is his third feature), but he more than proved that he has a knack for thrillers. I look forward to watching his next projects.