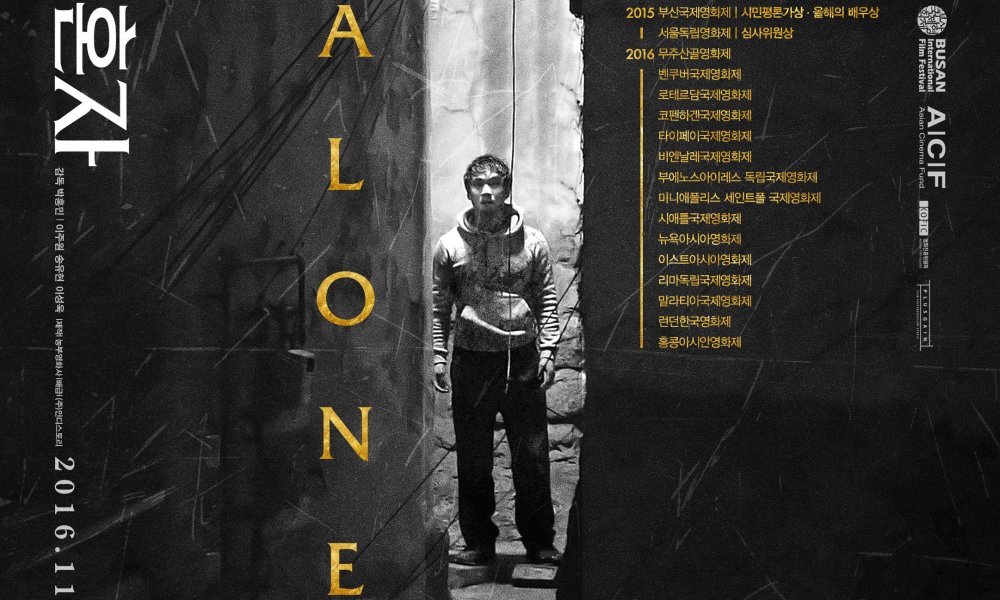 Imagine yourself waking up in a nightmare, a nightmare that you can not escape; what would you do? Park Hong-min’s Alone traps his key character Su-min (Lee Ju-won) in the endless ephialtes which occur in silent, hovel and labyrinthine alleys.

Su-min, an avid photographer, captures on his camera – while taking pictures from his apartment’s roof –  three men who are assaulting a woman on the top of the building across the road. Unexpectedly, he is noticed by the criminals, who quickly run towards Sum-min’s location. In a great panic, Su-min tries to hide, however, he is caught by the perpetrators and when he is about to be killed, the screen goes black. Suddenly, the protagonist wakes up on a bench, confused and naked, trying to find his way back home. Su-min, every now and then, wakes up in a different nightmare; he meets a young boy whose father is abusive – angry with the man, Su-min beats him up, and afterwards, the boy stabs the father. Su-min also faces his girlfriend Ji-yeon (Song You-hyun) and mother; the nightmares slowly explain the meaning of this grisly journey of his. Sometimes one might wonder: Are they all dreams or the man’s memories? At times, it is hard to distinguish what is real and what are dreams; to me the narrative is sometimes slightly too clattered with dialogues that do not mean anything, which might leave the viewers puzzled. The question that appears is – where is the climax of the film? Yes, there might be some sort of explanation for the man’s nightmares, but I felt like the whole thing had no purpose at all; where is this journey supposed to lead him if he is dead in the real life? 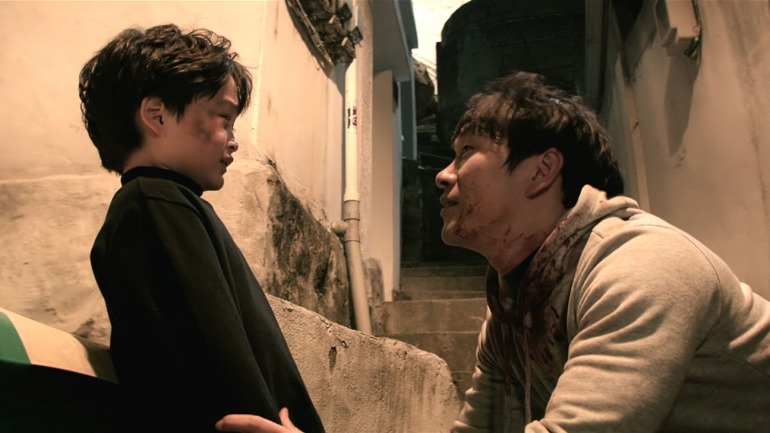 Lee Ju-won’s portrayal of Su-min is impressive, he saves the film from the beginning till the end; without his fine acting, Alone would have become a monotonous mess. Camera work is up to the mark: filming the protagonist running up and down the stairs including scenes in between a block of flats using long takes (37 cuts as the director said) is technically clean. Also the slightly claustrophobic film set adds to the narrative and might also demonstrate the mental state of Su-min.

Alone had a great potential as the beginning of the film was very promising; sadly the film turned into a not so engaging art-house production. Would I call it a psychological thriller as most people call it? No way! To me it is a mystery drama that leaves its audience unsatisfied and confused.