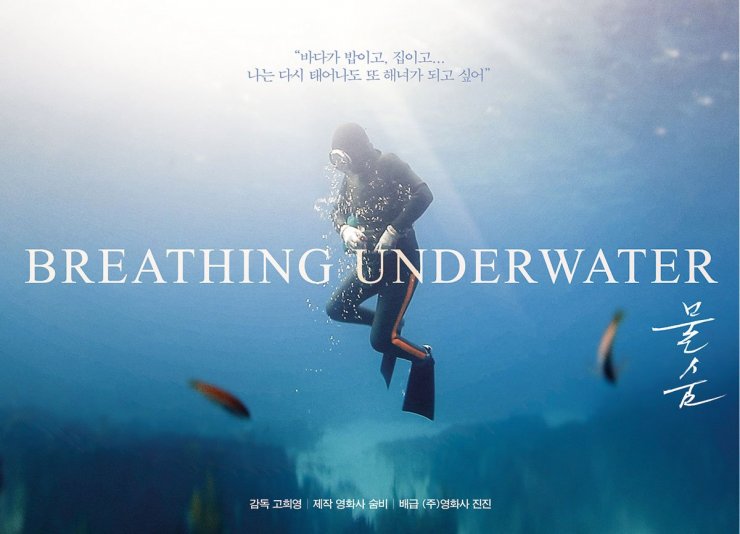 On the gorgeous Korean islands of Jeju and Udo (and the surrounding islets of Jeju province), almost every day, over 4000 women risk their lives to challenge the sea in order to bring out its treasures – sea urchin, conch, algae, octopus, and the highly treasured abalone. They are called haenyo – sea women – and they are a part of a 1,500-year old profession that is both a source of income and an obsession. They dive without oxygen tanks, instead using age-old breathing techniques to stay underwater as long as possible, while the only thing between their bodies and the dangers of the sea are their wetsuits, gloves, goggles, and waist weights – and chewed gum that they put in their ears to counter the pressure that they are exposed to when they reach the depths of up to 20 meters.

Jeju divers have existed since the 5th century, and since 17th century, there is evidence that diving in this area became a predominantly female profession. Haenyo are strong and independent, and in many cases, they are heads of their families – their diving feeds their families and finances the schooling of their children. But this age-old tradition is now dying out – almost all haenyo are over 50 years of age and their numbers are dwindling. The documentary director Koh Hee-young followed a group of haenyo on Udo island for several years, and introduced their story in her new documentary, Breathing Underwater, which was screened also during this year’s  London Korean Film Festival. 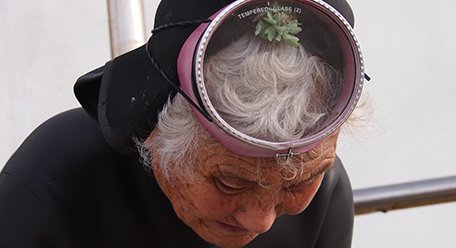 The documentary is narrated by the director herself; she first introduces the profession and then follows a group of haenyo as they dive through different seasons and weather conditions, focusing on why they do what they do and the unique bond they have with the sea – it appears that it is a bond that goes beyond love or hate; sea is basically their divinity. These women are not young; most of the youngest are past 50, and some of them are well above 80 – even up to 92 – years old and they still dive daily, if the sea allows it – and even though their families wish them to stop. After years of it being a profession, being a haenyo becomes an inseparable part of their identity, even when their ageing bodies begin to be an additional source of danger. We learn that among the many dangers they face, mul-sum, “breathing underwater” – is the most dangerous. A hanyeo must know her own limits, and must always be aware of the amount of air she has left. But too often, in the desire to harvest as much of the valuable sea goods as possible, the air runs out, and before a haenyo can return to the surface, she takes her final breath – underwater. The death toll is real, and it strikes also within the documented group. 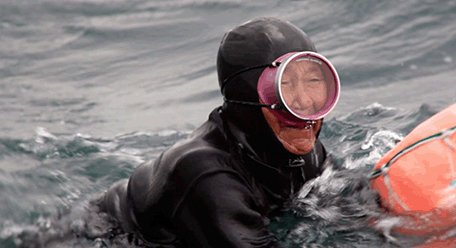 The topic for this documentary is fascinating; within the area that is dominated by patriarchal societies, an almost completely matriarchal society developed on the tail of a highly unorthodox profession. Even though director Koh could have chosen to put more focus on the world outside of water to make the documentary even more visually appealing (Jeju island is among the new 7 wonders of the natural world), she put the core focus of the documentary on the underwater world and on the women, without the slightest bit of romanticising, which works splendidly. Especially at the beginning, the viewer is drawn straight into their world, and the topic is so interesting that it makes one want to learn more and to understand more. But there are several slips before the documentary reaches its end – almost at the finish line, after a length of well-paced storytelling, the director pushed too hard to artificially create the drama in order to round the documentary up – while the focus is on an actual, real, sad story, the dialogue gets lost in music that is overly dramatic and too loud, and the ending feels too forced and too cut off. It is a shame, because the feeling at the end is not as great as it could have been if she wrapped it up in a more natural fashion. 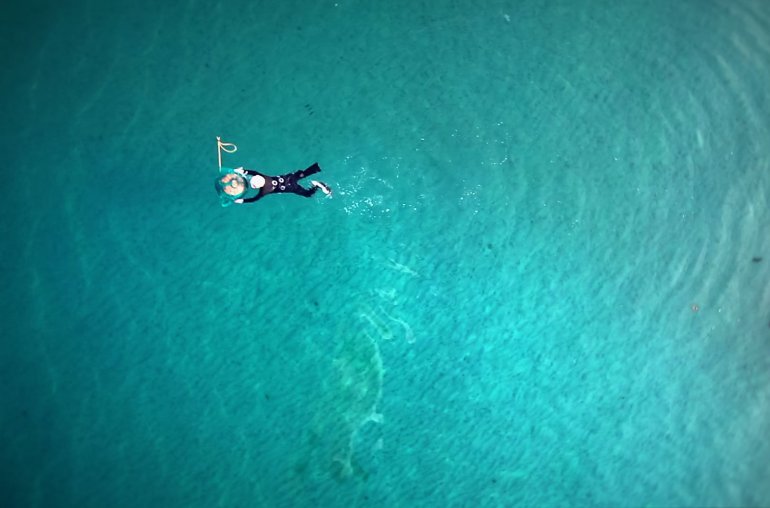 Haenyo have not been been in focus as much as they would deserve to be, and there is surprisingly little cinematic material on this topic out there. Breathing Underwater closes with a call for the haenyo to be recognized as UNESCO Intangible Heritage, which Korean government requested already in 2014, and rightly so – anyone watching this documentary will agree that this tradition is unique and ancient enough to deserve this merit.