For the past few years, South Korea has been overflown with its own zombie-themed films and TV shows whose format ranges from classic horror to period dramas and even comedies, with various levels of quality. The recently released Netflix’s Kingdom, with its perfect narrative and direction, now ranks among the best Korean products of the genre, raising the bar even higher for all future productions. However, just before the January 2019 release of Kingdom, another film with a similar premise tried to succeed with its fictional period zombie action: Rampant, directed by Kim Sung-hoon and written by Hwang Jo-yoon.

In the Joseon Dynasty era, King Lee Jo (Kim Eui-sung: Steel Rain, Extreme Job) rules the Korean Peninsula. With the country’s territory surrounded by the Qing Empire, the king is becoming increasingly more paranoid about losing his throne to the enemy. He does not realise that his chief enemy are not the Chinese, but a person within the reach of his hand; the Minister of Military Affairs Kim Ja-jun (Yang Dong-gun: Seven Years of Night) is planning to overthrow him. In the meantime, the king’s younger son Lee Chung (Hyun Bin: Secret Garden, Confidential Assignment), who was in China by his father’s orders, returns to Korea after he learns that his older brother, Crown Prince Lee Young ( Kim Tae-woo: Joint Security Area), committed suicide as he refused to submit to the Qing Empire. Lee Young’s dying wish was for Lee Chung to escort his pregnant wife to safety. On the way to the palace, Lee Chung faces the Night Demons (a smart name for zombies), and despite his easy-going manner, he proves to be an exquisite warrior and a capable swordsman. During the fight, he comes across a group of rebels who sympathised with his late brother. They try to persuade him to save the people from the scourge of zombies and to take the power in the country into his own hands…

Kim Sung-hun and Hyun Bin worked together previously on Confidential Assignment, an action thriller that impressed many with its well-executed narrative. This is not the case with Rampant; one gets an impression that the filmmaker tried too hard to bring all of the elements together. Coup attempt stories, set in this era, are turning into somewhat of a standard of Korean cinema; as if during Joseon Dynasty, people did little else. At this stage, the topic is neither particularly imaginative nor profound, even if the fight for the power in Rampant received the added weight in zombies.

In technical terms, Rampant’s action scenes are really exciting, especially when the long-robed Hyun Bin deftly swings his sword. Even so, in terms of characters, Jang Dong-gun probably had more fun portraying a charismatic villain, even though this is not one of his most memorable roles. Jo Woo-jin as a resistance fighter is a sympathetic character, but sadly offers little substance. 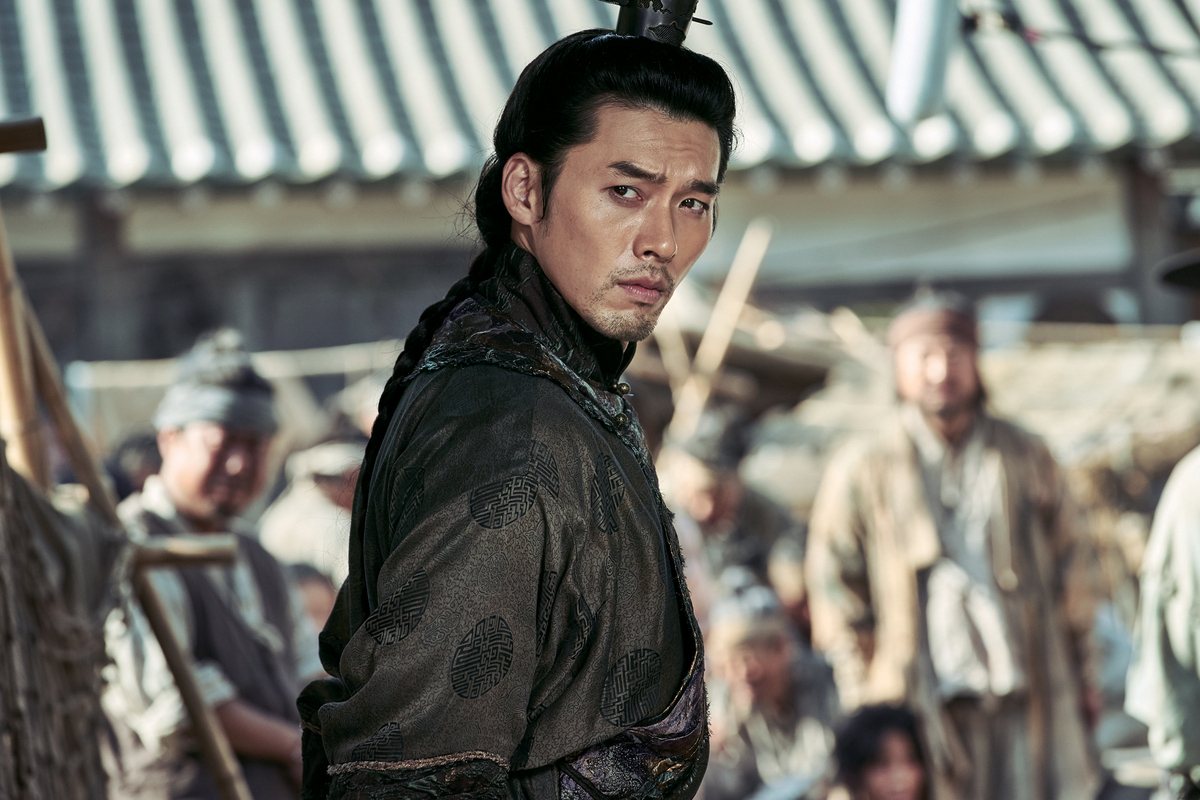 Right from the beginning of the film, Rampant‘s visual work is done perfectly. The background, the locations, the costumes, the zombies’ make-up and the choreography of the martial arts’ scenes are all flawless. The undead are entertaining and enthralling, but they do not leave a long-lasting impression. For a period action zombie production, Kim Sung-hoon failed to dedicate enough to the dramatic side of the film and provided too little zombies for the sake of entertainment. Rampant is a time-filler that works with half-measures; it will certainly trigger polarised emotions, but it offers little when it comes to the narrative itself.