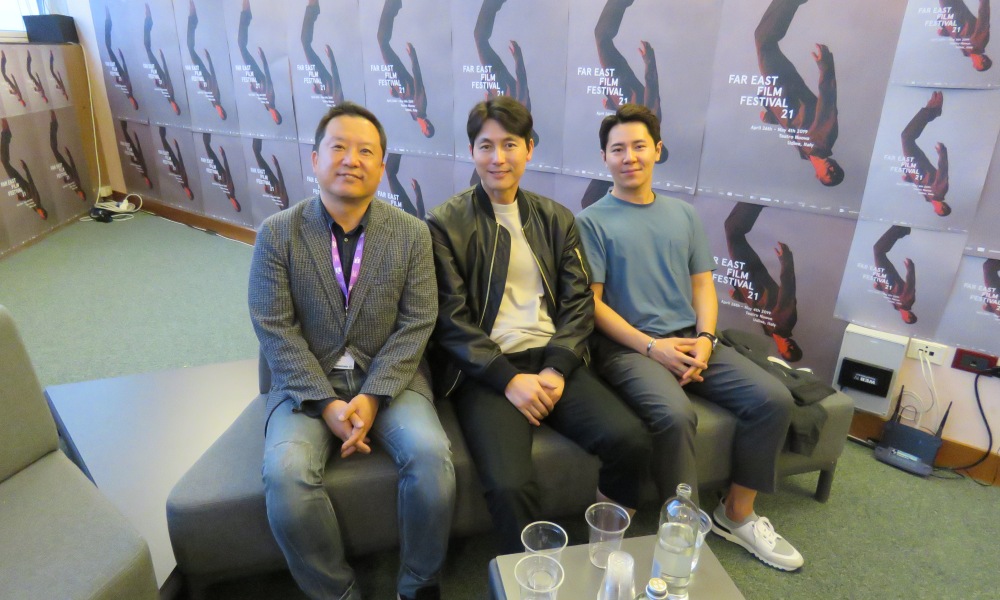 In 2019, director Lee Han (Thread of Lies, Punch) made a return with a courtroom drama with elements of comedy and thriller that revolves around a defense lawyer (Jung Woo-sung) who is trying to get his client acquitted by getting the only witness to murder, an autistic girl (Kim Hyang-gi), to testify. Innocent Witness got screened during the 21st Far East Film Festival in Udine, with director Han and two of the main cast, actors Jung Woo-sung (Steel Rain, Asura: The City of Madness) and Lee Gyoo-hyung (Life, Prison Playbook), in attendance. Just after Udine, Jung Woo-sung returned to South Korea where he was awarded the Grand Prize at the 55th Baeksang Awards for his role in the Innocent Witness.

We caught up with the trio the day after the screening at Udine Far East Film Festival and in the press room, which was buzzing due to their presence, we talked about the making of the film, as well as their plans for the future. 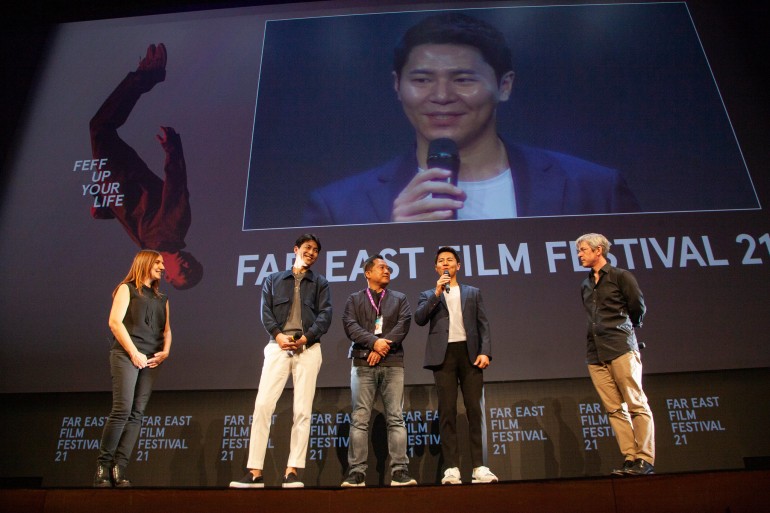 What was the inspiration for this story?

Lee Han: I wouldn’t call it an inspiration, but I found the story very fun, entertaining and interesting. It was a journey for me, to find this story. Each time I look for a story to tell it’s a different process; I don’t have a specific philosophy for it, but if I come up with an idea that I want to share with the audience, then that is what I do.

Give the complexity of autism, what kind of research did you do before making Innocent Witness?

Lee Han: In real life, I met a lot of people with autism, I did a lot of interviews with them, and I read a lot of books as well. 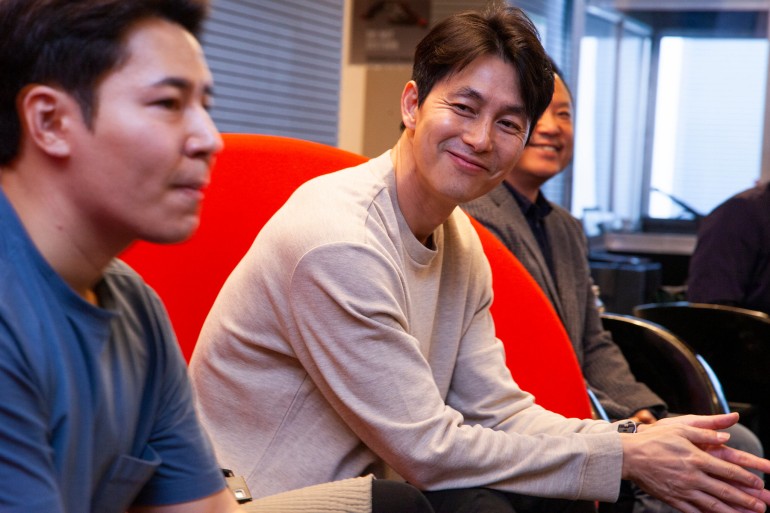 [To both actors] What was it like for you both to work with Kim Hyung-gi, and did you also do research on autism yourselves?

Lee Gyoo-hyung: I watched YouTube videos, like the one you see in the film, on how people with autism see the world from their perspective. I found it to be very shocking and I realised the way autistic people see the world is very different. Working with Kim Hyung-gi was a very refreshing experience and I learnt a lot from her.

Jung Woo-sung: I consider her to be a very good actress; she is a very mature actress regardless of her age, because she gives a lot of thought to every little thing. For example, not only how to get into her role, but also the relationship her character has with her friends, and how autistic people would react to this film. So, she took into account every little thing about this, which was a very mature approach.

What was it like to work together – you seem to have such good chemistry?

Jung Woo-sung: Oh, there was none [laughs, and Lee Gyoo-hyung leans into his shoulder while laughing].

Lee Han: They both were very faithful to the script; they didn’t try to do anything differently. But, for example, if one one of them wanted to try something new, the other would take it very well and together they would create something that perhaps wouldn’t make people laugh out loud, but it was still very funny; they knew how to find humour situations. 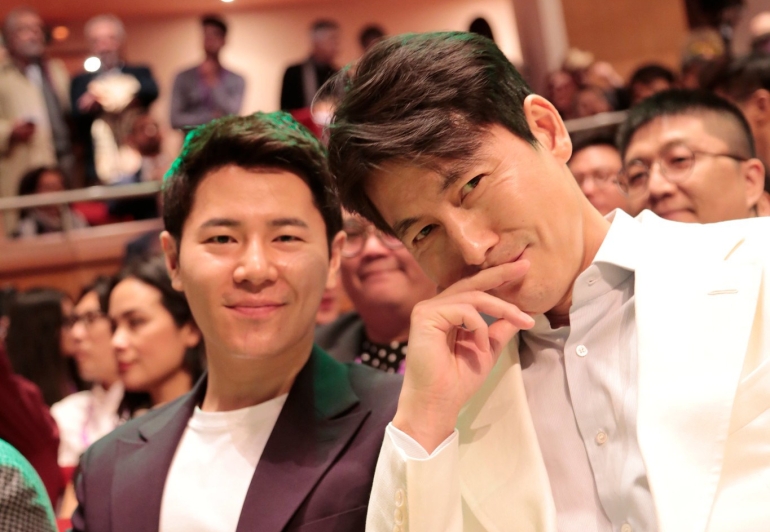 You worked with Kim Hyung-gi in another film, Thread of Lies, what was it about her that made her so perfect for this role?

Lee Han: She delivers emotions very well; she’s also very faithful to the script and doesn’t twist things, and she doesn’t exaggerate them to try and show off, which is why she can really fall into a role. If I can feel the emotions an actor/actress is conveying, I believe it will work with the audience as well; it’s the sign of a good actor/actress.

[To Lee Gyoo-hyung] After many years of hard work, through Prison Playbook you found success. That was a very gritty drama, while Innocent Witness is a very sweet movie and has a different tone. The roles you played so far in other projects as well show that you obviously have a big range; how do you approach your characters?

Lee Gyoo-hyung: I spent a lot of time in the theatre, since middle/high school. I took whatever was given to me at the time, I didn’t give a lot of thought to it and because of that, I’ve played a lot of different roles. When I played the role in that TV show, I followed the director’s advice faithfully and it worked, and when I worked with Lee Han and Jung Woo-sung, I was able to come up with things spontaneously. I don’t have a lot of experience working in cinema, so working with both Lee Han and Jung Woo-sung was of big help for me. 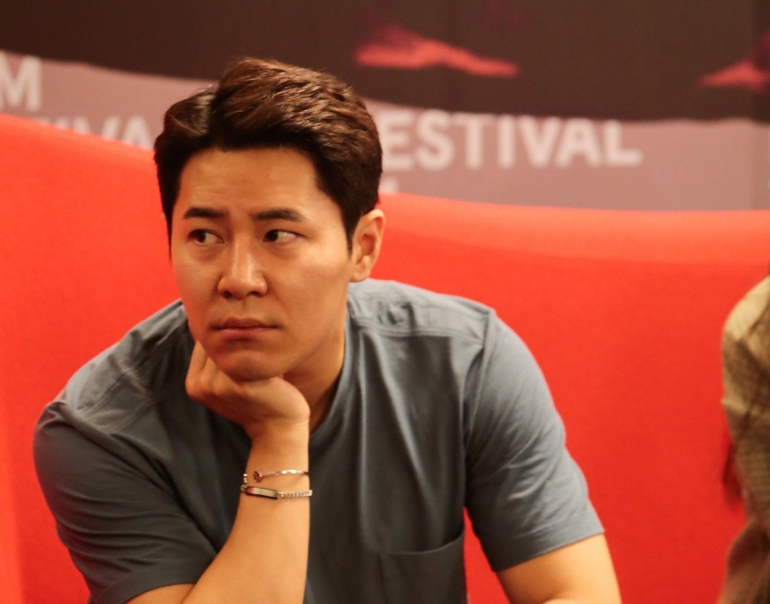 [To Jung Woo-sung] One of our favourite relationships in the film was your role with your character’s father, was it as much fun for you to shoot as it was for us to watch?

Jung Woo-sung: When I read the script, I didn’t find that there were a lot of scenes with my character’s father, but once I finished shooting, I realised that there were more than I expected, which I liked. Personally, I don’t get to spend much time with my own father, so through this movie I could live vicariously, and these scenes felt like a present for me; I felt emotionally charged, and it was a pleasure for me.

What do you all plan to do next?

Lee Han: I have this project I’m really interested in; I’m writing a script for a film that will also star Jung Woo-sung. It is an original script so if I don’t direct it, then another director will, so now I’m in a bit of dilemma. Nothing is certain yet.

Jung Woo-sung: I have several projects in development, but they haven’t been announced yet. I’ve finished filming with Jeon Do-yeon; that film will be released in the second half of the year.

Lee Gyoo-hyung: I’m going to appear in a TV drama which I will start shooting soon, and I will also be starring in a musical, Hedwig and the Angry Inch.

We would like to thank Lee Han, Jung Woo-sung and Lee Gyoo-hyung for answering our questions and Udine FEFF press team for arranging the interview.