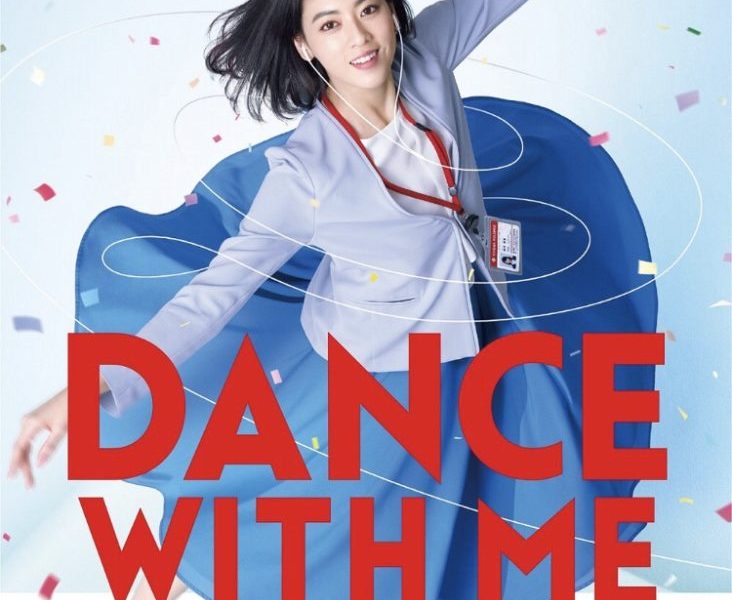 Shizuka Suzuki (Ayaka Miyoshi) hates musicals, or at least that’s what she claims after a traumatic incident from her childhood leads her to despise the stage. So, when she decides to take her niece to visit a fair in the park and magician Machin Ueda (Akira Takarada) hypnotises her into turning all life situations into a musical when she hears music, Shizuka is beyond overwhelmed. Forced to find the fraudulent hypnotist after he disappears with her cash the next day, the businesswoman treks across Japan alongside Ueda’s former assistant Chie Saito (Yuu Yashiro) to undo his spell or risk inadvertently making the world her stage forever.

Comedies are director Shinobu Yaguchi’s bread-and-butter, with films like Swing Girls and Waterboys cementing his status as one of the great directors of the genre in Japan. It stands to reason, then, that expectations were high coming into Dance with Me, and it proves to be a fun watch if a bit stilted at times. Shizuka is a compelling protagonist, and seeing her burst into song and dance at the slightest hint of a tune, even her phone’s ringtone, elicits as much sympathy as it does laughter. We can’t help but feel for Shizuka despite the hilarious situations she finds herself in, including unwittingly tearing up a high-class restaurant and hanging from the chandelier after the waiters sing Happy Birthday to one of the people enjoying their evening. 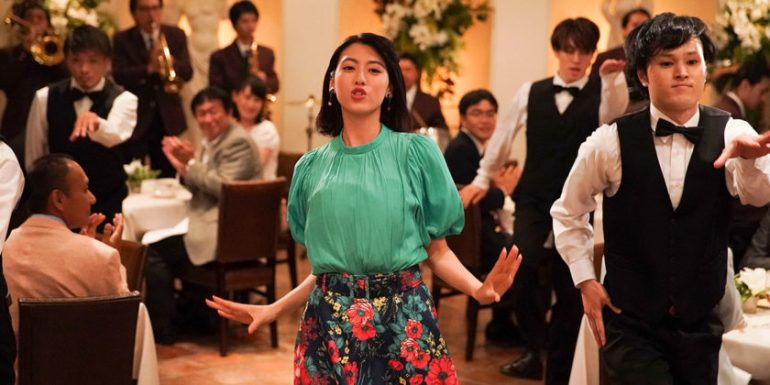 What is the most amusing about Dance with Me is seeing first what Shizuka sees in her mind as she breaks into a musical number, before witnessing the chaos she’s wrought on her surroundings. In the aforementioned restaurant, Shizuka imagines herself being flanked by waiters who dance around her and patrons who cheer as she successfully pulls off the cloths from their tables. As Shizuka belts out her song with gusto she thinks herself the lead in a musical, but what we see is a whole different story as she’s followed by furious staff trying to stop her from wreaking havoc. It’s scenes like this that prove to be the most amusing, and an unexpected dance battle with a group of rival gangsters is a particular highlight of the film.

That being said, Dance with Me doesn’t have quite the same magic as other films in Yaguchi’s filmography. When Shizuka is not singing and dancing there are not as many laughs to be had, as the plot becomes somewhat stilted and by-the-numbers. Supporting characters such as Chie and lovesick hitchhiker Yoko Yamamoto (Chay) do elevate the story during its quieter moments, but these scenes don’t hit quite the same high notes as the musical numbers do ― pun intended. Also, it should be noted that a more in-depth knowledge of the songs, which are surely Japanese pop classics, would have probably added to my enjoyment of the film, but while this wasn’t the case for me the soundtrack was entertaining all the same.

Dance with Me is not Yaguchi’s best work, but it is still enjoyable. It has enough fun moments thanks to Shizuka’s impromptu dance numbers to entertain viewers, it’s just outside of these scenes where the film falters. Given the plot’s premise, it’s understandable that the highlights come during the musical scenes but the predictable plot hinders it from being anything more comical. If you’re a fan of Yaguchi’s work then this is sure to tickle your fancy, but otherwise, it’s probably not going to turn your world upside down ― unlike Shizuka.